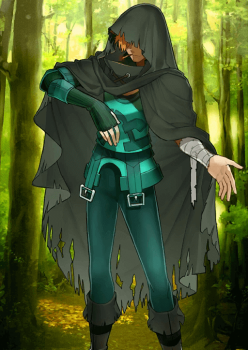 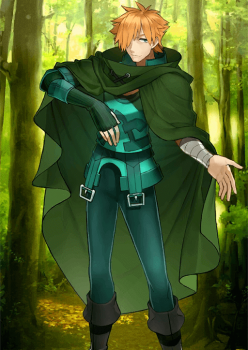 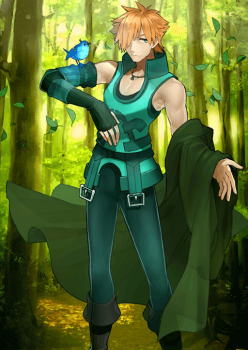 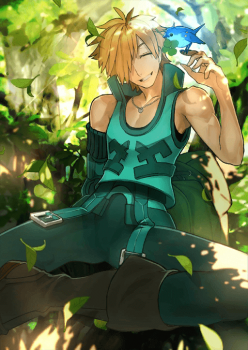 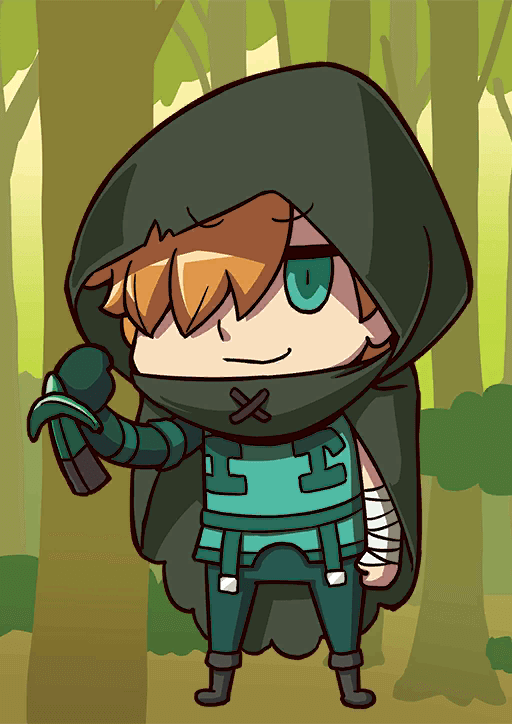 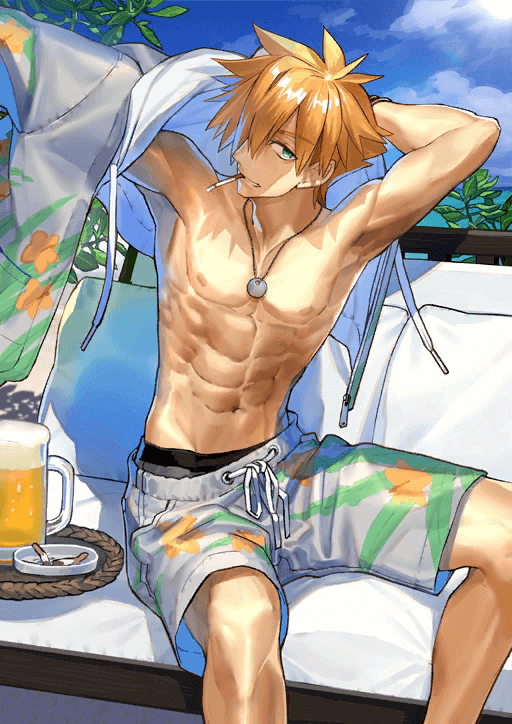 When equipped to Robin Hood,
Increase Party's Arts Performance by 15% while he's on the field.

One of the Robin Hoods who took up the mantle of this roguish character joins Chaldea with his powerful single target Noble Phantasm. As a 3-Star Servant, Robin is one of the more accessible single target nukers in the game. His Arts-type NP in particular can deal as much as 3750% damage at NP5. In order to unleash such a powerful NP Robin requires his opponent to be afflicted by poison, which his first skill conveniently applies to all enemies. Additionally, he also can improve his NP generation with his second skill, allowing him to fire it much quicker. As such, Robin is one of the staples for Arts-based teams.

However, outside of Arts teams, Robin performs suboptimally. He loses out on the NP gain from Arts chains, though he can still deal high damage. While Robin can compete with higher rarity Servants in Arts-based damage output, he does suffer from the reduced HP of a 3-Star Servant. This weakness is partially mitigated by his attack debuff and dodge from his Rank Up quest, but his low basic attack damage and durability prior to Rank Up should be noted. Nevertheless, given his amazing synergy with Arts teams, Robin Hood’s pros outweigh his cons and should definitely be raised.

Robin Hood boasts one of the more powerful ST NPs in the game relative to his niche and his rarity. His NP, Yew Bow, can deal up to 3750% damage at NP5 if his opponent is poisoned, which his first skill can do. Thus, Robin can burst down his opponents easily.

Given his second skill which increases his NP generation stats, as well as the fact that he has two Arts cards, Robin can easily charge up his NP through attacks and Arts chains. Since he is usually run in Arts teams, the constant Arts cards also can aid in charging his NP even faster.

Due to his lower rarity and lower level cap, Robin lacks the HP that higher rarity Servants have. However, he has high HP for a three-star Servant as well as skills (ATK down with his first skill, and a dodge with his third) to survive for longer.

Suboptimal Performance Outside of Arts Teams

Robin Hood performs best when placed in a team which specializes in Arts. With other Servants like Tamamo or Mozart supporting him, he can charge his NP faster and deal more damage with it. However, outside of that synergy, Robin is unable to make his niche perform at the highest level.

Robin Hood’s Sabotage skill applies the Poison debuff to his enemies, yet it can sometimes be negated by Debuff Resistance or Debuff Immunity. As a poison debuff is required to maximize Robin Hood's NP damage, enemies that resist poison neuter his damage significantly.

Below Average Damage Outside of NP

Robin Hood suffers from his below average attack stat, a 0.95x damage multiplier inherit to the Archer class, and a QQAAB card kit. All these factors contribute to weaker basic attacks. Though as an Archer his crits do tend to hit harder, Robin’s main damage is still his NP.

Sabotage is definitely the top skill to level. With its cooldown of 5 turns at level 10, Robin is able to have a 100% up-time of his poison (which means his NP always is able to get the bonus damage it needs). Not to mention the AoE 15% damage reduction he applies to his enemies is also amazing.

Golden Rule should be levelled last as while it isn’t a bad skill, Robin’s other skills are just much better. The bonus NP generation is amazing since he wants to fire his NP as much as possible, but isn’t as important as the poison and Evasion.  Additionally, Arts chain bonuses, where a good deal of his NP gauge comes from, don't benefit from Golden Rule.

May King should be prioritized second as it helps Robin with one of his major flaws, his survivability. The critical stars and the evasion pierce are just bonuses to its utility.

A faceless, nameless, chivalrous thief.
As he says himself, this young man is only one of the many "someones" that fit under the description of Robin Hood.
The original legend is of the chivalrous thief hiding in Sherwood Forest.
Originally Robin Hood stood against the tyrant John Lackland, but it is said he bled to death in the Kirkless Monastery due to a conspiracy involving the abbess.

Height/Weight: 175cm, 65kg
Origin: History
Region: England, Sherwood
Alignment: Neutral-Good
Gender: Male
"It's not like me to be a Heroic Spirit, but..."

Doesn't care about his methods of winning.
Specializes in ambushes, sneak attacks, and poison arrows.
Frivolous, cynical, and snarky, but has a good heart.
Somewhat timid, he acts insincere to hide the fact that he is naive yet just.
He is a lot like Emiya, which is why they dislike each other.

Sabotage: A
The talent to shave off enemy forces before battle while they are preparing. Master of traps.
Rank A means that roughly 60% of forces can be taken out before the enemies advance into combat. In group combat, losing 60% of your forces is considered catastrophic.

[Yew Bow]
Rank: D
NP Type: Anti-Personnel
Bow of Prayer.
A bow created from a yew tree in the forest that was his home territory.
Yew is one of the sacred trees in Celtic and Norse cultures.
The act of creating a yew bow equates to a ritual where one becomes "one with the forest."

This Heroic Spirit is adept at assassinations and sabotage, and is well-versed in natural poisons as well.
Since Yew is said to be a tree that leads to the underworld, the Yew Bow has the power to instantly amplify all toxins (such as poisons and illness) that the target carries.
If the target has been poisoned, it can detonate the poison like gunpowder.

Clear "Hunter of the Forest"

His point of view is rather twisted, but he likes humans in general.
If there is a group having fun, he will find a way to join them as someone who isn't really a friend, but not really a stranger.
He has the tendency to be ashamed of things like his fighting style and way of life.
The one thing he will never do is to laugh at someone else's efforts and endeavors.