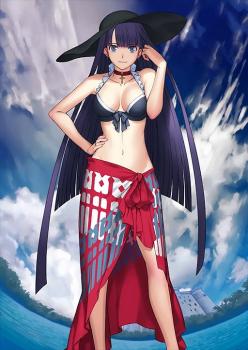 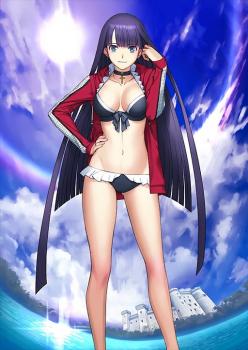 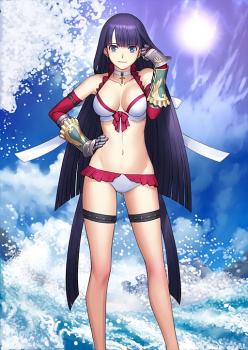 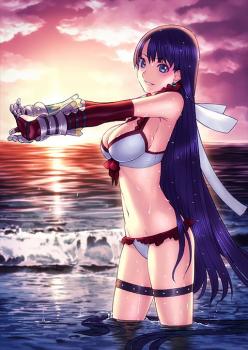 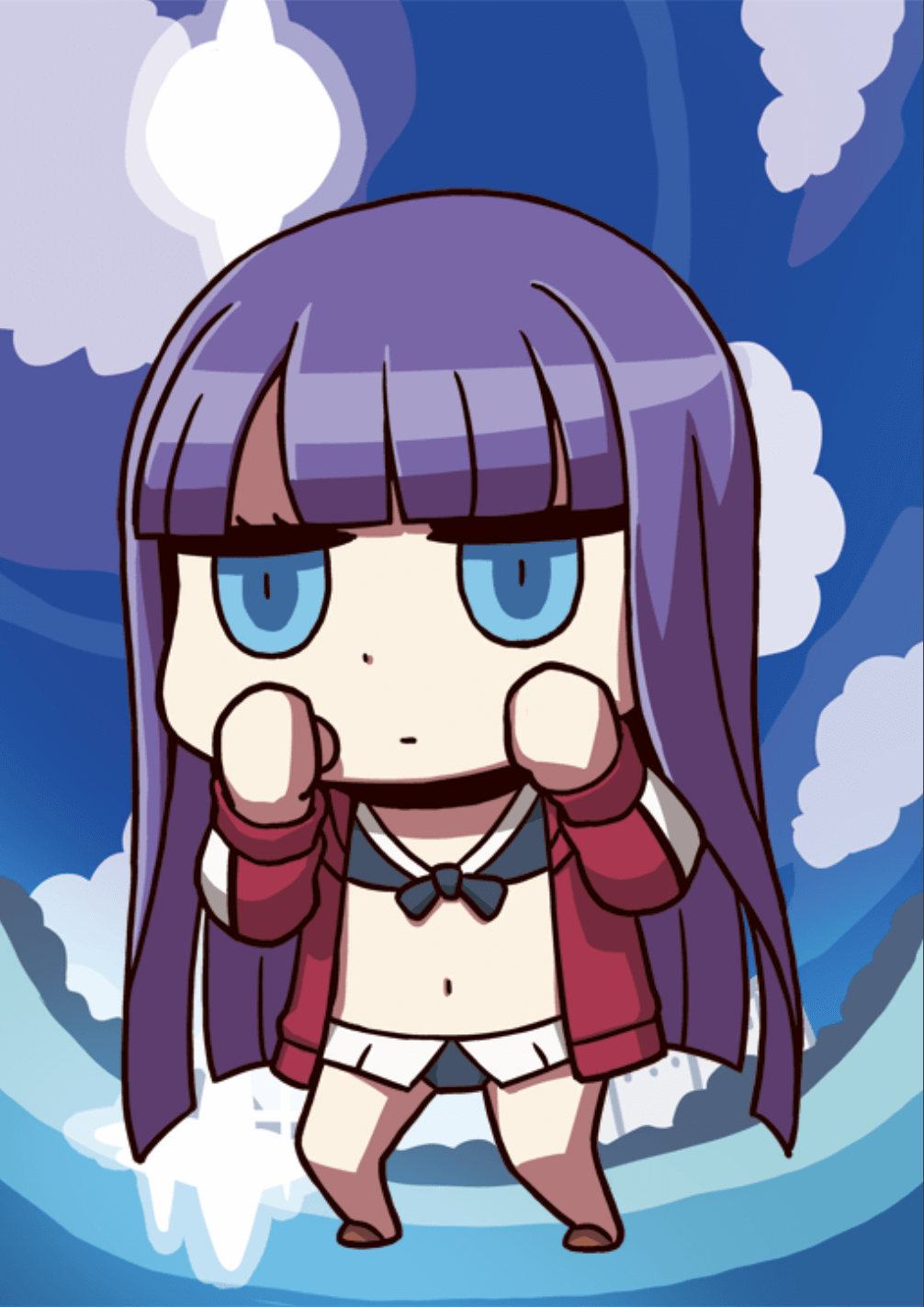 Self ATK Up Field Bonus

Saint of the Shore B+

Apply Debuff Immune to self (1 time).
Recover own HP.

When equipped on Saint Martha (Ruler),
Increase Buster Card effectiveness of all allies by 15% while she is on the field.

The waterside Saint materializes as a Ruler class Servant during the summer event, where bereft of her staff she resorts to delivering discipline with her fists. Ruler Saint Martha is a single target Buster Servant, with a [Jojo’s Reference] Buster NP that inflicts a 1-turn defense debuff (activates before NP damage) that scales with overcharge, three Buster cards in her deck, and a built-in x1.1 Ruler damage multiplier. Against Demonic, Divine, or Undead enemies, she gains additional bonus trait damage with her third skill. She also has a self NP charge skill of up to 30%, making it easier to pull off her NP, which additionally comes with an attack boost on rare waterfront stages. Unfortunately, her performance as a damage dealer is still only mediocre, dealing neutral damage against most classes, and she often gets out-damaged by Servants with class advantage (except in select cases where one finds a Berserker or an enemy with Demonic/Divine/Undead trait[s]).

In exchange for slightly suboptimal damage, she boasts some of the highest durability among SR Servants via her Ruler class and her self-heal / debuff immunity skill. Even though her health is average among 4* Servants, her health is essentially doubled for most scenarios, even among mixed class enemies (so long as there are no Avengers or Berserkers).

Overall, Saint Martha’s Ruler form is one of few Ruler Servants that are mostly dedicated to dealing damage against single targets. She brings a balanced mix of offense and durability, and is self-sufficient when fielded, although she also compliments Buster teams well given her Buster-centric deck.

Saint Martha (Ruler) is the only single target damage dealing Ruler in the entire cast. Given her Ruler class, she provides a balanced offensive answer to almost all situations and works well in mixed-class encounters (except when going up against Avengers). Additionally, the anti-Demonic/Divine/Undead skill allows her to cover a wide variety of boss encounters.

Her self-heal skill has a value of up to 3000 HP on a 5 turn cooldown, and has an added bonus of granting a one-time debuff immunity that lasts until consumed (and will stack if the skill is reused before the immunity is used up). Combined with her Ruler class resistance, the heal is essentially twice as effective.

Although she survives auto-attacks from enemies very well due to her class advantage and her self-heal, and can effectively solo many enemy nodes, enemy NP turns have high enough burst damage to give her trouble. She may be best run with either a Servant or Mystic Code that can grant invincibility for these cases.

The bonus Attack buff on her first skill only activates on stages that have water or a beach present, which is relatively rare outside of summer events. However, it should be noted that her first skill also has an NP charge that is useful even outside water/beach stages.

Outperformed by Servants with Class Advantage

As a damage dealer, given the Ruler’s neutral damage against most classes, she does not do as well in most situations when compared to a Servant with class advantage.

Natural Body (Sea) A: This skill provides a heal of 3000 HP at max level, which is enormous when considering she takes half damage from almost every class in the game. Leveling this will greatly increase her staying power on the field.

Jacob's Limbs B: This skill provides a sizable boost to the trait bonus damage (5% per level), and Demonic / Divine / Undead covers a wide variety of enemy types encountered. This skill is still somewhat situational, so unless you are specifically planning to use her for her trait bonus damage, this skill can be left for later.

OVERALL: Martha (Ruler)’s primary goal is to punch things while never dying. Buster Performance Up / NP Damage Up (Stacks additively with anti-trait) / Damage Up / HP per Turn / HP Recovery Up craft essences work well with her.

Busti's Stall Diary Chapter #453: Fascinating
1251 posts - 48 participants Read full topic …
General Amazones.com discussion
I apologise if I’m making a dupe topic. I did a quick search and didn’t see anything,…
Game update not showing for me?
Logged in this morning to burn ap before school, but was greeted by an error message…
F*** Waiting for You to Get it On Your Own, Penth gon Deliver to Ya!- The Amazones.com ~CEO Crisis 2022~ roll thread!
Welcome new employees, to your new position at Amazones.com! The most reliable and…
Busti’s Stall Diary Chapter #452: Madam Cosmotic Beauty's Earthling Self
Queen of Bad Timing herself. She is pretty great in general. Maybe one day she will…
Read More