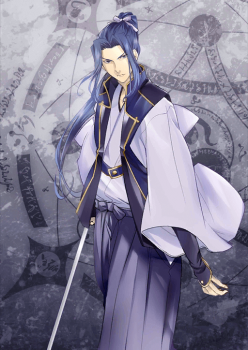 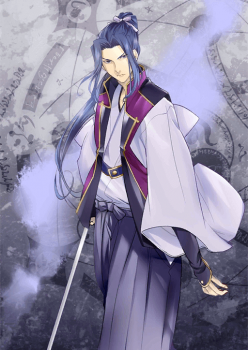 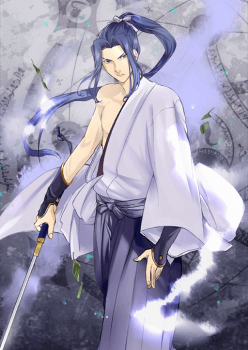 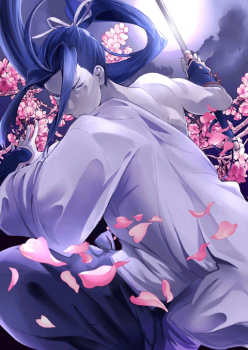 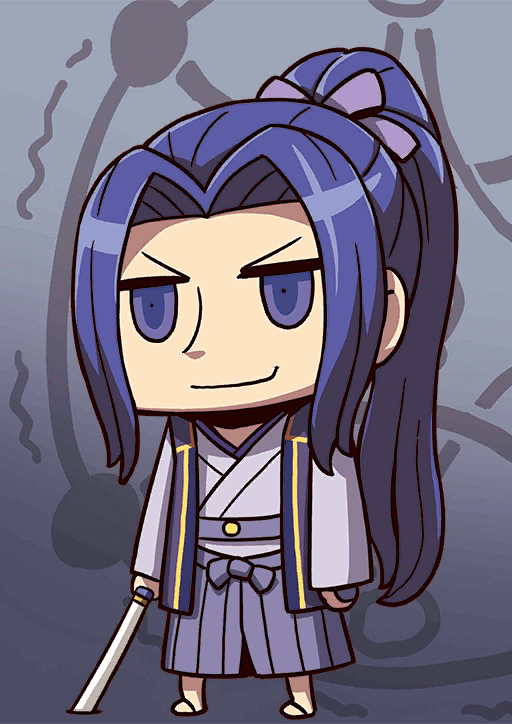 Self Crit Damage Up Self Debuff Clear

Knowledge of the Sowa B++

Heaven Among the Mountains

When equipped on Sasaki Kojiro,
Increase Party's Quick Card performance by 15% while he's on the field.

Sasaki Kojiro, the Japanese swordsman famous for his signature move, the Swallow Reversal, is one of the Assassin-class Servants available in the initial release roster. He is a solid single target Quick-type Assassin despite his low rarity, and he can act as a competent fill-in for those lacking other single target Assassin options. His skill set is quite synergistic, allowing him to be a self-sufficient Critical Damage Dealer and Star Generator, while having a one-turn dodge for emergencies. His low rarity provides the benefits of easy access, low party cost, and lower costs for ascension and skill leveling. However, he does suffer from lower base stat caps in return, and is overshadowed by most higher rarity Assassins when comparing pure damage output.

His Rank Up quest improves his ability to perform as a primary Damage Dealer by adding critical star absorption to Knowledge of the Sowa. This is particularly useful for him as he does not generate stars on the order of ~50 per turn unlike some other star generators (such as Jack the Ripper) due to his low hit counts. Additional absorption will therefore help him capitalize upon those stars he is able to generate from his Quick chains, NP, or skills.

Overall, Sasaki Kojiro is a cheap, solid single target Quick Assassin who hits many marks for a critical damage dealer and star generator, and can be of great assistance to masters who lack access to other Assassin options.

Despite his low Quick card hit counts, both his Quick NP’s overcharge effect and his skill, Vitrify, can generate a decent sum of stars. He also has a triple-Quick card deck, and star generation boosts on Knowledge of the Sowa as well as from his passive skill, Presence Concealment.

After Rank Up, Knowledge of the Sowa gives him increased star absorption of up to 500%. Mind’s Eye (Fake) also boosts his own critical damage by up to 40% for 3 turns. Combined with his good star generation, he can land critical hits reliably when he needs to.

With Mind’s Eye (Fake), he has some built-in survivability that allow him to tank an enemy’s NP turn or simply avoid potentially dangerous auto-attacks for a turn.

Although it’s a niche form of utility, his ignore evasion skill lasts for 3 turns, so he may be useful to bring if encountering enemies that constantly use evasion skills.

Being one of the few one-star Servants in the game, his base stats are comparatively lower and he is outclassed by Assassins or Berserkers of higher rarity in terms of general damage output. This can be problematic as Sasaki Kojiro functions best when he is the center of attention, which can be hard to justify at times.

His cards have relatively low hit counts compared to other more reliable star generators, and without Vitrify on hand, and with other Servant cards diluting the command card pool, he often won’t be doing Quick chains to maximize his star generation. In these cases, he may have trouble having enough stars to perform the critical hits that are essential to his damage output.

Mind’s Eye (Fake) A: This skill is Kojiro's main survival tool, and also contributes to his damage output by boosting critical damage in conjunction with his Knowledge of the Sowa. In harder battles, this skill's usage should be more geared towards survival by evading heavy enemy damage turns, rather than boosting his damage output.

Vitrify B+: Vitrify is not an entirely bad skill as it provides flat star generation. Its best feature is the low cooldown (4 turns at maxed level) and that it improves his burst critical star generation. However it is not as crucial to Kojiro as his other two skills, and its secondary effect of mental debuff removal is not very useful in practice, and thus can be prioritized last.

A note on Vitrify’s “mental debuff” clear effect: this only works on charm, terror (Gilles de Rais (Caster)’s delayed stun skill), and confusion (Fuuma Kotarou’s skill seal effect). He cannot use skills when already charmed or skill sealed, so the effect is only useful for terror.

Knowledge of the Sowa B: This is Kojiro's best skill in terms of critical damage potential and reducing its cooldown will make him a consistent Critical Damage Dealer with good Star Generation. It is highly recommended that you max this skill first.

OVERALL: Sasaki Kojiro wants to unleash his famed Tsubame Gaeshi upon his enemies, and wants his critical hits to hurt. Given his three Quick cards and a Quick NP, performance boosts for his Quick cards are highly effective. Quick Up / Critical Damage Up Craft Essences thus work well with him.

A swordsman known as the rival of Musashi Miyamoto, one of the greatest swordmasters of Japan.
A true prodigy who masters Ganryu at a young age, and seen as someone without match.
However...

Height/Weight: 176cm, 63kg
Origin: History
Region: Japan
Alignment: Neutral-Evil
Gender: Male
"If you kill someone, no matter who you are, you are evil."

Admirer of the beauty of nature, a tasteful man who dresses elegantly.
Although he is detached from the world and has a care-free persona, he is still a true warrior at heart and prefers to fight someone fair and square.
Due to living in a time when human death was common, his views on life and death sometimes feels merciless to modern-day people.

Swallow Reversal
Anti-Personnel Mystic Sword.
Captures a maximum of 1 target.
A sword skill so refined it reaches the realm of a Noble Phantasm.
An ultimate technique that slashes the enemy from three angles simultaneously, it is a Multi-Dimensional Refraction Phenomenon.
Originally, this skill was created to cut down a flying swallow.

He calls "Swallow Reversal" a secret sword skill.
But to those around him, it is without a doubt in the realm of Mystic Sword skills as it cannot be achieved by normal humans.
He says he only created the skill to cut down flying swallows, but you don't need something like this to cut down a bird.
On the other hand, he must be blessed with both the talent in swordsmanship, and absolute determination in order to refine a skill for such a simple purpose.

Knowledge of the Sowa: B
Even if the same skill or sword skill is used on the opponent multiple times, the accuracy of the attack will never decrease because the opponent will never see through the attack
What this means is that he will never use the same attack pattern twice, so the opponent can never "get used to it."

Sasaki Kojirou, unlike Musashi, is an imaginary swordsman whose real life events were never completely proven.
This "Sasaki Kojirou" is merely a namless swordsman, called forth to fill the role of the legendary swordsman because he could recreate the skill of the "Swallow Reversal."
His purpose for materialization was to fill in for a imaginary figure, yet what went through the mind of this nameless prodigy is...
"Well, I guess this is fine."