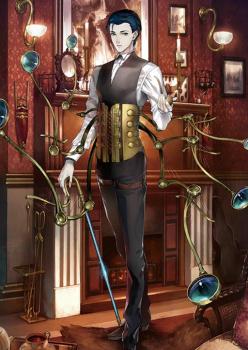 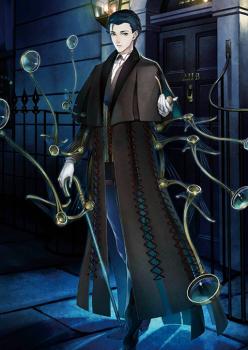 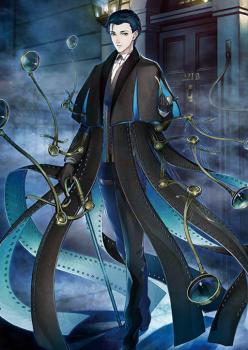 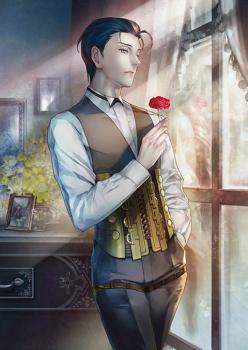 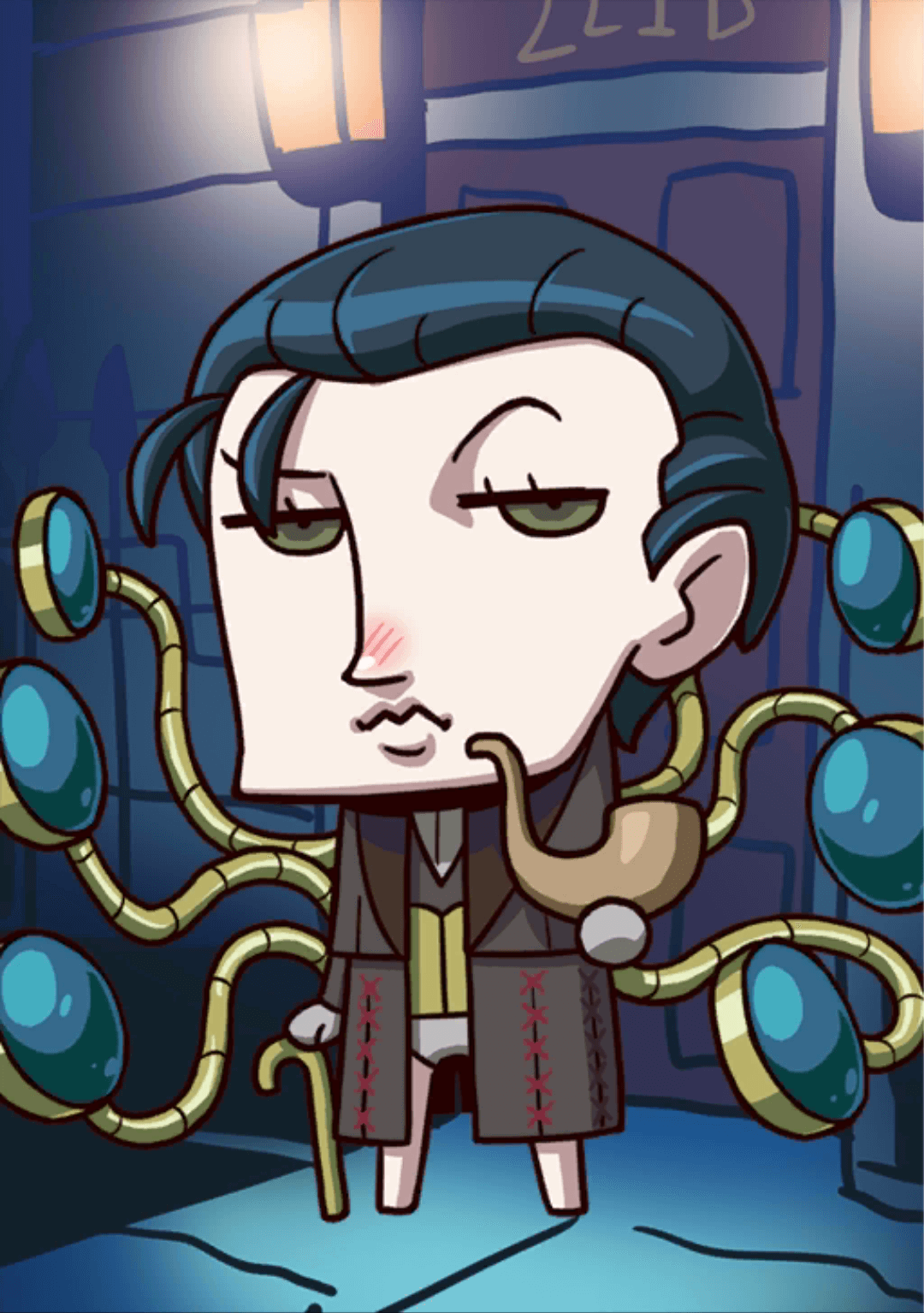 Gift of Insight A++

Gift of Insight A+++

Elementary, My Dear B

It's Elementary, My Friend

When equipped to Sherlock Holmes,
Increase Quick Card effectiveness of all allies by 10% and Critical Damage by 15% while he's on the field.

"Through this journey I’ve become convinced: humanity must take the harder path.”

Following his proper introduction as a main story character in the Shinjuku chapter, the great detective Sherlock Holmes joins Chaldea as an SSR Ruler. Pairing a set of mostly-selfish skills with a powerful supportive NP, Sherlock is at his most effective as an Arts critical semi-support. While he doesn’t fit easily into more traditional teams, he does enable a unique style of play in teams built to take advantage of his strengths.

The cornerstone of Sherlock’s kit is his NP, Elementary, My Dear, which provides a huge boost to the party’s critical attack damage. Additionally, Sherlock’s NP gain is so high that he can consistently keep his NP active and often even stack it with itself. Sherlock also needs minimal protection while he does this, as his innate Ruler resistances and the Evasion effect on Baritsu are more than sufficient to keep him alive through most normal attack damage. Finally, the Ignore Invincible and Ignore Defense effects his NP provides, make him a general solution to any fight built around heavy usage of defensive buffs.

On the other hand, Sherlock’s selfish skill set makes him a bit trickier to use than most supports and many semi-supports. He also does little to protect the party as a whole, which means Sherlock teams need to be able to win fights fairly quickly or else they are likely to fall apart. As a consequence of the above factors, Sherlock only really shines in situations where his particular Defense-ignoring utility is necessary or in teams built specifically to take advantage of him. If either condition is met, however, he becomes quite powerful.

Sherlock has neither the level of support necessary to compete with full-support Servants nor the damage potential to match full damage-dealers. Instead, he brings a fair bit of both, and he establishes himself as a highly effective semi-support with an additional situational niche as a solution to any defense-stacking enemies. For fights or teams that want a second source of damage with a minimal loss of overall offensive support, Sherlock truly shines.

Elementary, My Dear is a huge, long-lasting boost to the party’s (critical) damage performance. Sherlock can easily keep its effect active constantly, and he can often stack the effect with itself, reaching overall damage amplification levels that are competitive with the best support Servants. With Sherlock on the field, even support Servants are capable of high critical attack damage, provided they have access to critical stars.

Sherlock’s base Arts card NP gain is exceptionally high for his deck type, and he boosts his effective NP gain even further with his critical attack access, Territory Creation EX, and Baritsu. Sherlock is even capable of refilling his entire NP gauge with an NPAA chain under the right circumstances, and a single Arts card will already fill a substantial portion of his gauge.

As Sherlock is a Ruler, he generally takes half damage from most Servants. In addition, with an Evasion skill on a 5-turn cooldown to further boost his survival and an NP seal effect to delay enemy NPs, he is quite resilient overall. As his primary damage boosts are tied to his NP (which also provides Ignore Invincibility and Ignore Defense effects), Sherlock’s damage output is both highly stable and nearly unstoppable.

Sherlock is at his most valuable in fights with frequent, severe, or long-lasting defensive buffs. Elementary, My Dear grants the entire party the ability to ignore Invincibility, Evasion, and Defense buffs, which enables the team to maintain a high level of damage output even in the face of unremovable defensive buffs.

While Sherlock offers a significant amount of support on his NP, his skills are largely selfish and mostly serve to help him gain access to Elementary, My Dear. This means he provides little support to his allies until his first NP usage and makes him less useful for on-demand supportive purposes than many other comparable Servants.

Outside of the NP seal effect on Gift of Insight, Sherlock has no way to defend his allies from enemy attacks. This puts additional pressure on any other Servants he might be partnered with and it forces Sherlock teams to move quickly in order to avoid falling apart.

The most important function of Sherlock’s skill set is helping him gain access to his NP faster and more reliably. Baritsu represents such a significant boost to Sherlock’s survival and NP gain capabilities that it should be leveled as soon as possible. Gift of Insight should be second, as it helps to delay enemy NPs and can enable easier crits, which is always valuable in Sherlock teams. Hypothetical Reasoning gains the least from levels and as such can be saved for last.

Sherlock teams absolutely need critical stars in order to work properly, so if Sherlock is functioning in a semi-support role he is almost always best-off holding a Passive Star Generation CE. On the other hand, if Sherlock is functioning primarily as a damage-dealer, he may benefit more from being equipped with a CE that has Attack as part of its base stat allocation. In either case, NP Gain Up and Arts Performance Up CEs can also be valuable, as they let Sherlock cycle his NP more easily.

Sherlock tends to function best when he is paired with a full support and a damage-dealer who can boost party damage (through Charisma-type skills, defense debuffs, and so on). As Sherlock can take full advantage of any damage buffs offered by the primary damage-dealer, this setup allows the entire party to output significant damage, especially with the help of certain offense-leaning support Servants.

This is especially valuable in fights with many low-HP enemies or break bars, as the team produces a consistent level of damage with limited vulnerability to unlucky card draws. The only caveat here is that the team absolutely needs critical stars in order to function properly, which makes passive star generations CEs and Servants with star generation capabilities a must.