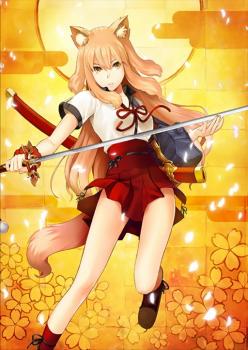 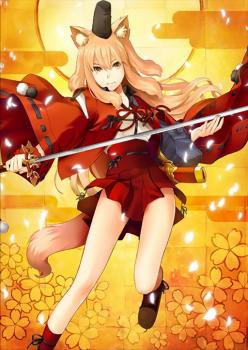 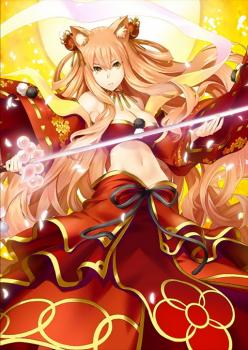 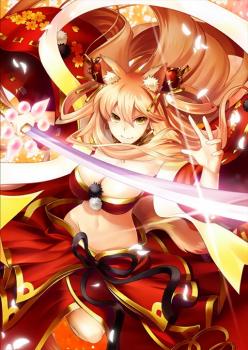 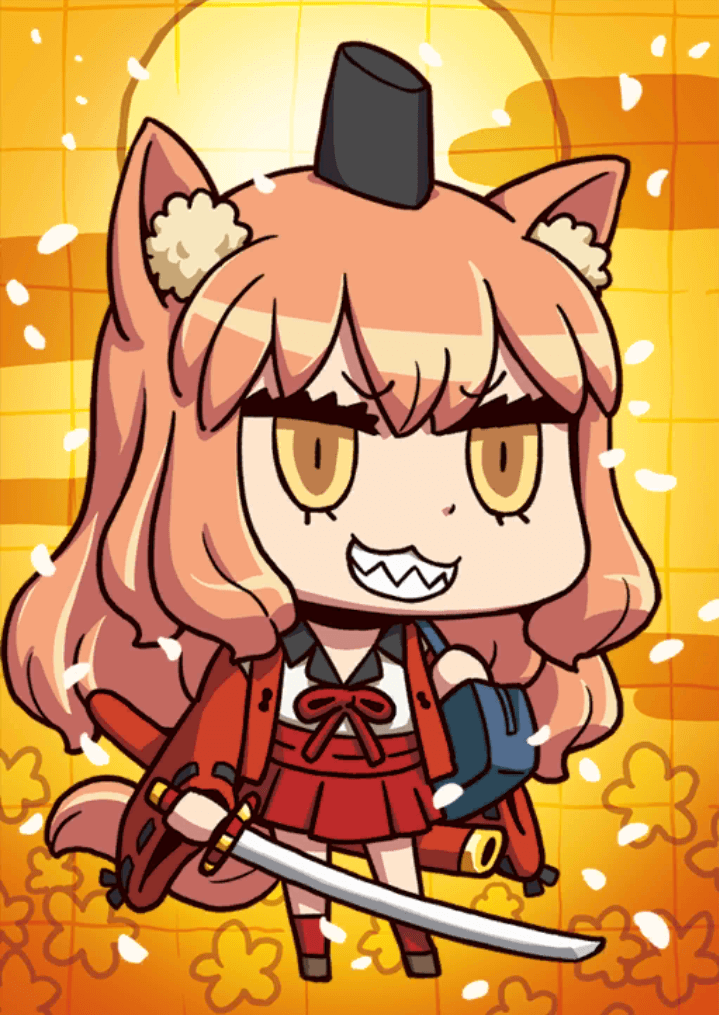 “I'm just convinced that encounter "exists", that's it - My ideal boyfriend. I'll devote everything to him, from the bottom of my heart... If he's super handsome. So, since it's possible I'll meet him in the future, I totes can't be slacking off on working hard, you know?”

With a spring in her step, love on her mind, and a ‘totes cool style of speech that’s for realsies all JK-like’, Suzuka Gozen continues the trend of eccentric Japanese servants while bringing a small hint of normality to the otherwise-abnormal classes and servants present in the CCC Servant lineup. She’s no slouch in combat, however, bringing ferocious and consistent AOE damage with her Buster NP and crits.

Suzuka, contrary to most AOE Buster NP Sabers one may be used to, is more focused on difficult content and melding both waveclear and single-target critical damage into one. While the NP gauge charging from Blessings of Talent means she will not have issues pulling out her NP, the fact it charges over time means she’s more suited for the long haul rather than a ‘one-and-done’ scenario. With the star generation buff from Divine Power, combined with both the inherent high hit counts of Demonic Sun-Shower and its strong critical damage, Suzuka is an incredibly self-sufficient Buster crit damage dealer, capable of crushing a wave of foes on her NP turn then dishing out the damage with her proceeding chains on her target of choice. She also has some niche options packed into her kit, with a male-only charm tied to a modest attack debuff, and a 3-turn Sure Hit buff tied to Blessings of Talent, ideal for destroying Evading enemies.

Suzuka’s failings ultimately lie in her largely nonexistent defenses and her slow start-up time. Since both her star generation and her critical damage buff are tied to her NP, she needs access to it as soon as possible. However, despite having a very good gauge charger skill, the way it is spread across 5 turns means she can’t NP with its help immediately, even if it will give her the same net positive as most NP batteries.

On the whole, Suzuka is a very effective if unconventional offensive powerhouse with weaknesses in her star generation, durability and ability to NP quickly. Thankfully, said weaknesses are frequently covered by top tier supports such as Merlin. Her performance in combat can vary depending on her matchups, with her best showings coming from quests with strong 3-enemy waves and Male boss mobs, but her baseline is good enough to be effective wherever she’s deployed.

While under the prerequisite that she has her NP ready, Suzuka is capable of providing plenty of stars and a solid critical damage buff to enhance her own damage output. Her Noble Phantasm alone will provide around 21-22 stars with Divine Power active when hitting 3 targets, on top of what she may receive from the rest of the chain. While Demonic Sun-Shower’s 40% (that scales with overcharge) critical damage buff is in line with most Critical damage buff skills, it’s tied to her NP gauge instead of a set cooldown which often results in it having a higher uptime than normal compared to most critical skills.

Suzuka won’t be blowing any existing mainstays out of the water with her Noble Phantasm’s damage, but it is more than sufficient, with two steroids to boosts its damage output as well as an up to 50%, albeit spread over 5 turns, NP gauge charger to ensure she won’t have to work too hard to pull it out.

While direct and impactful capabilities can be eye-drawing on a servant, Suzuka possesses traits which many of her class lack and may prove useful. Her Mystic Eyes skill provides a high chance for a turn of downtime versus approximately half the enemies in the game which have a gender, but also acts as a reasonable attack debuff even if the foe’s gender isn’t in her Master’s favor. On top of that, the 3-turn Sure Hit buff from Blessings of Talent gives her a punch many others lack, completely bypassing the oh-so-infuriating evades that her (Lancer) foes may throw in her path.

Mystic Eyes may be able to delay a hard hit from some opponents, but it can’t stop the inevitable - Suzuka is completely defenseless. While patching up this weakness with the proper support selection is readily possible, it places a burden on team compositions which would not be necessary otherwise, weakening her position as a main Saber option.

As strong as Suzuka’s options are, they are ultimately dependent on her Noble Phantasm, which acts as the gateway to both her star generation and critical damage buff. Even then, those stars are only going to last for one turn, as her star generation is relatively mediocre without it. If Suzuka wants to dish out her high critical damage she has to wait, and if she can’t wait then she limits her CE and support options.

Suzuka will want to further improve her offense and ability to pull her NP quickly above all else. Divine Power gains a significant boost in offensive power and star generation from being leveled, making it her highest priority. While Blessings of Talent doesn’t gain too much relatively, the NP gauge gained per turn increases from leveling and any cooldown reduction improves the overall uptime of the skill. Lastly, Mystic Eyes has great returns from being leveled, but comparatively it isn’t as important to Suzuka’s kit. It can be put aside to focus on her other skills, though leveling it still has its merits.

Suzuka is largely a Buster and Critical focused Servant, so it goes without saying she would appreciate CEs providing Buster Performance Up and Critical Damage Up. However, her difficulty in gaining NP gauge immediately means she wouldn’t go amiss with a Starting NP Gauge CE. Lastly, Suzuka lacks any means of increasing her own critical star weight so Star Gather Rate Up can be useful.