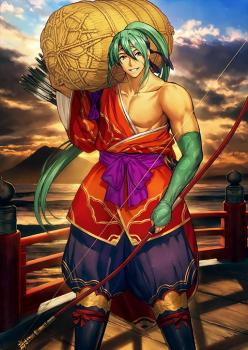 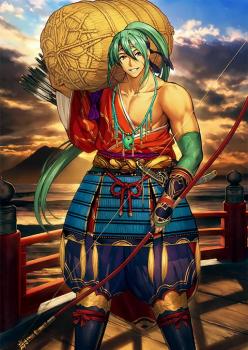 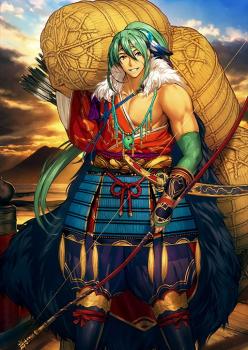 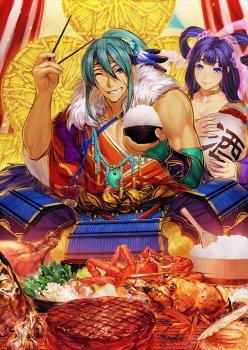 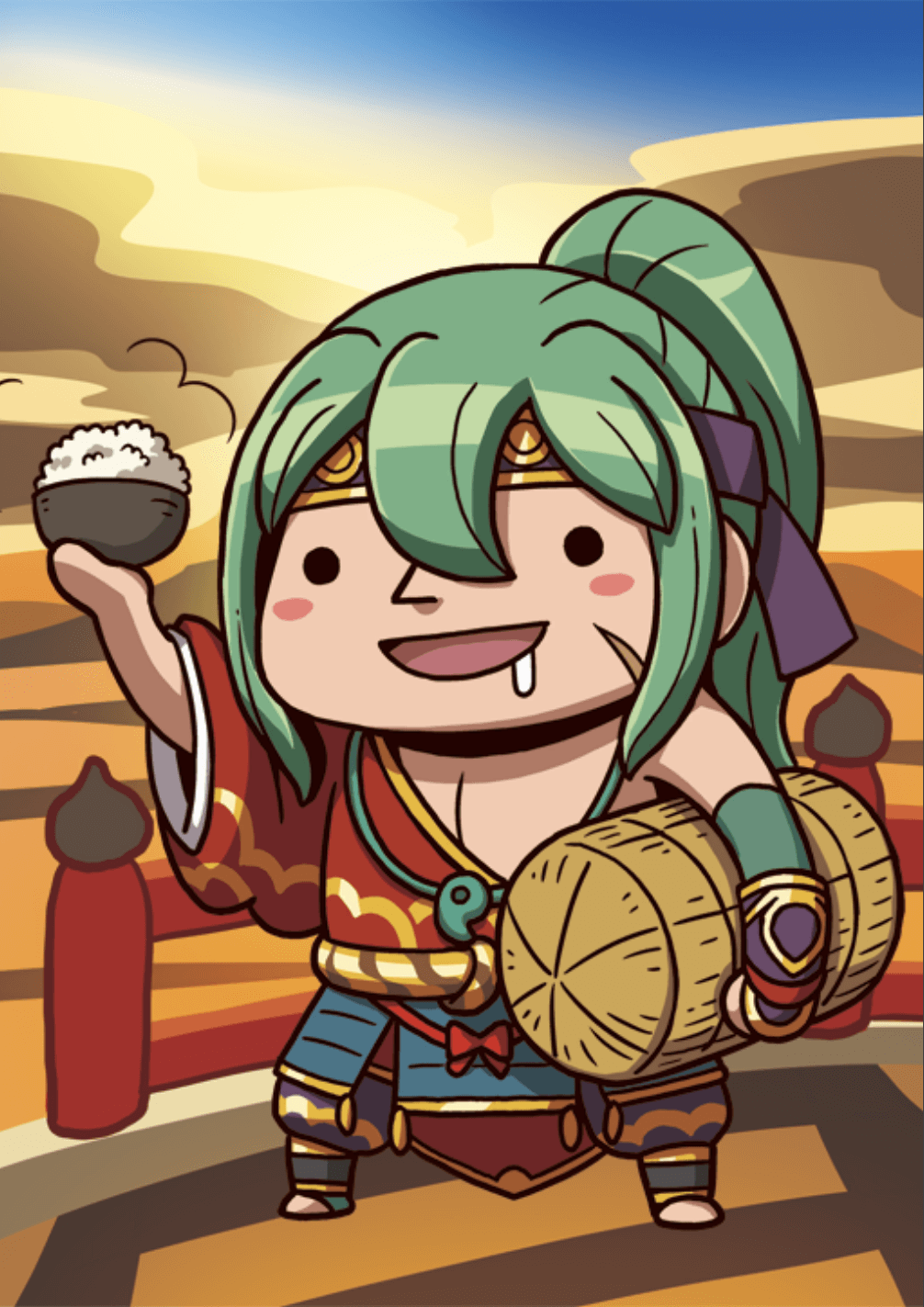 Protection of the Dragon King C

When equipped on Tawara Touta,
Recovers party's HP by 500 every turn while he is on the field.

Tawara Touta, rice connoisseur of mythical proportions, joins Chaldea with his weird niche - an AoE Buster Archer with an emphasis on survivability. Not only does he have one of the higher HP pools among 3-Star Archers, his skills also all have aspects geared towards survival. These skills include a heal, an evade that lasts until attacked (similar to Cu’s), a defense up, and a party-wide max HP increasing skill. Aside from his sustain, Tawara also specializes in killing enemies with the Demonic trait through his NP, which grants him an anti-demonic buff that scales with Overcharge. Given that the Demonic trait is common among enemies, it makes Tawara versatile against them.

All in all though, Tawara ends up in a limbo between dealing Buster damage and surviving/stalling for more turns. His attack stat is average, and his NP gain is not exactly high enough for him to consistently bring out his NP either. On the other hand, most stall lineups tend to focus on Arts-centric Servants. As Tawara has an unusual kit, he may have trouble fitting into the more commonly used lineups. Overall, Tawara’s kit is synergistic to what he does, but given that there are other 3-Star Archers with better niches and execution of said niches, Tawara struggles to shine above them. Whether or not that’s enough for one’s Chaldea is up to its Master to decide.

Tawara’s three skills all have aspects that help him survive. He has a heal (up to 2000 HP) tied to his first skill, both a Cu-esque evade (lasts for 2 attacks) and a defense up tied to his second, and a party-wide max HP increasing (+2000 HP) skill for his third. Tawara’s second skill, like Cu’s, can immediately be used upon entry to help him sponge up some damage while refreshing the cooldown as soon as possible. His third skill can be used either preemptively or reactionary, as the HP gain it gives doesn’t have a cap. Overall, Tawara arguably can be used as a substitute to Cu against Saber enemies.

Before Tawara deals damage to his enemies via his NP, he first buffs himself to deal bonus damage against enemies with the Demonic trait. As there are quite a few enemies with this trait, it increases his versatility.

Something of interest to note with Tawara is that his third skill which increases max HP is party-wide. It gives “additional” health to your fellow Servants, raising both their current and max HP by an equal amount, allowing them to tank more damage. Upon the skill expiring, only their max HP will drop down back to its normal cap, with excess HP disappearing (if they had taken more damage than their default max HP value, then only their max HP decreases without decreasing their current HP). Not only can it be used as a heal, but as the health gain doesn’t have a cap, it can also be used proactively.

Tawara’s niche is weird. He has an AoE Buster NP which deals bonus damage to enemies with the Demonic trait, but he has average attack stats and NP gain. He also has multiple skills which help in survivability, but as most stall teams are Arts-centric, his kit may not be the most optimal for those teams. Overall, it leaves Tawara in limbo where he isn’t the most optimal Servant for the two jobs he can do.

Skills can be Conflicting

Tawara has a heal which is tied to his Buster Performance Up, so there may be certain situations where both effects can’t be used to their full extent (e.g. powering up his NP when he’s still at full HP, healing without having his NP up).