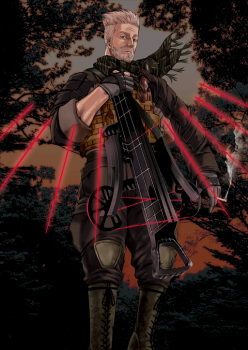 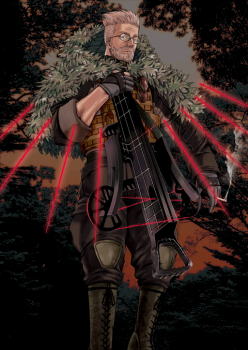 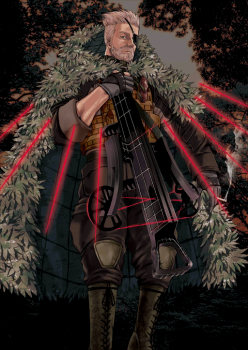 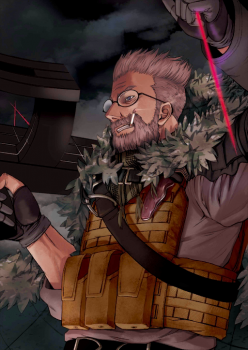 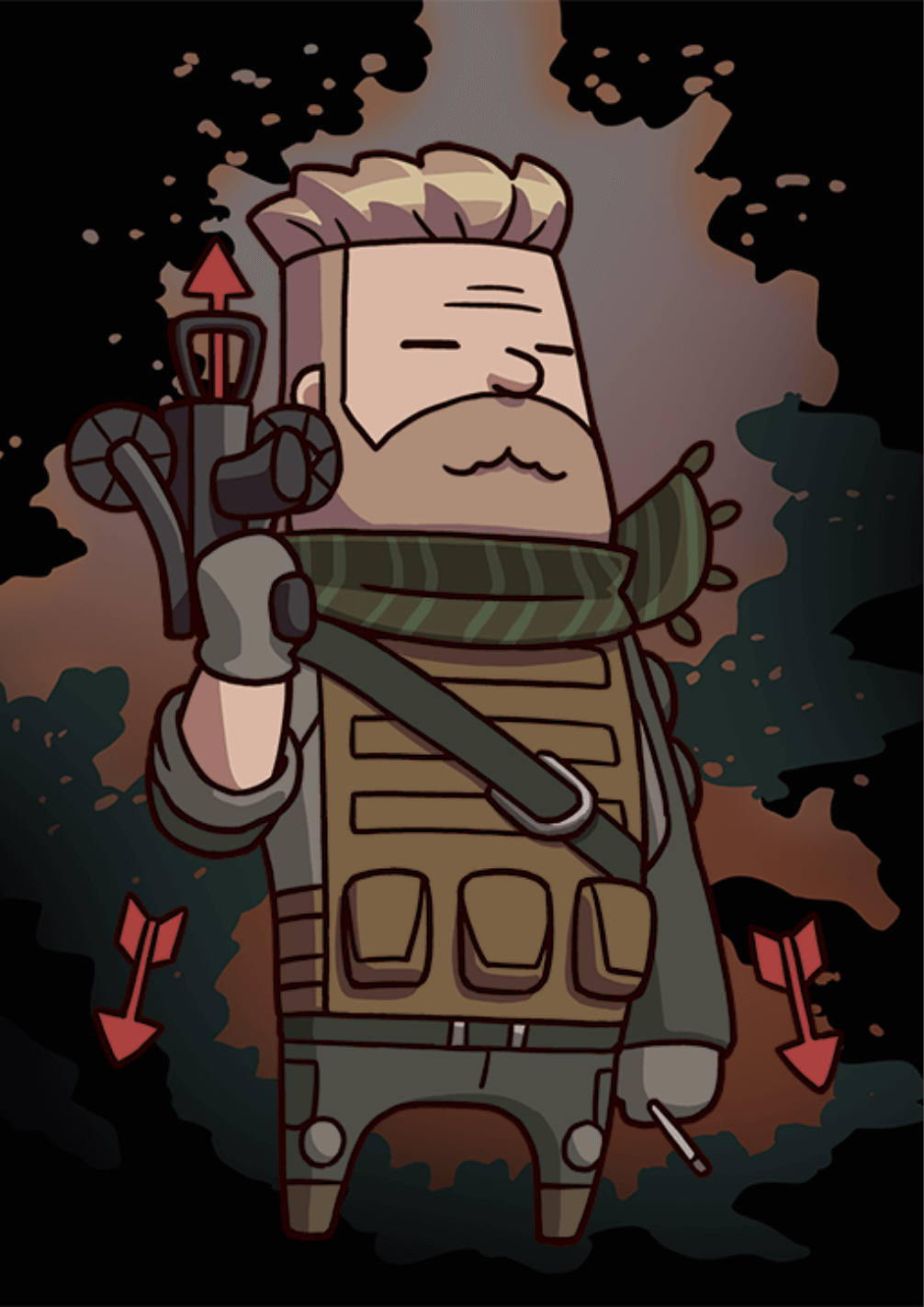 Deal significant damage to a single enemy.
Apply Sure Hit to yourself (1 turn). [Activates first]

When equipped on William Tell,
Increase all allies' Arts card effectiveness by 10% and Critical Damage by 15% when he is on the field.

“Please don’t make me shoot at the wrong things.”

Who needs a bow and arrow when you can have a semi-automatic rifle which shoots… arrows. As a strong counter to evasion, William Tell easily fits in a niche as a Single Target Arts damage dealer who positively blows up any enemy who thinks they can evade his sight.

William Tell may not seem like much at first, but when an enemy activates an evasion skill, he shines with his Noble Phantasm, Apfel Schießen C. This Noble Phantasm not only gives him Sure Hit, but at least doubles his damage against any enemy with an evasion buff on. He’s also capable of levying out some heavy criticals on a burst turn due to Aiming EX’s critical boosts, and can generate enough stars to practically guarantee his crits with Uri's Hunter B. This critical ability, along with good hit counts and a 3-turn Arts boost from Unwavering Perseverance C can lead to insane levels of NP regeneration and potentially allow for spamming of Noble Phantasms.

That said, William Tell is still a 3-star, and an offensive one at that, so he has next to nothing for defense. Aside from the 3-turn debuff immune of Unwavering Perseverance and a skill seal on Uri's Hunter, he has nothing to mitigate incoming damage and a generally low health pool. He also lacks proper sustained damage, often leaving him a dead weight much of the time. His evasion damage boost is also very niche, making Masters need to actively search for the best time to utilize him.

William Tell is an easily acquired high-damage burst Arts DPS for anyone who needs a quick way to burn through an enemy. He also is the subject of a rather nice song that Masters should listen to.

Many encounters have an enemy which buffs themselves with an evasion on a break bar effect or at a certain HP level. William Tell is the hard counter to that with his Noble Phantasm not only piercing through it, but doing massive bonus damage on par with 5-stars at their best. Properly planned, he can be a savior of party cost. Of note: his damage boost only is effective when the enemy’s evasion is removable.

William Tell has the full Critical package, being able to create a boatload of stars, increase his gather rate to put all the stars onto his Cards, and increase his Critical damage by a full 100%. Not only does this allow for high burst damage, but it also allows for great gauge regeneration.

With decent hit counts and his Critical abilities, William Tell easily regenerates a good chunk of his gauge on his burst turn. This is further boosted by his Arts up skill which carries on over three turns in the fight. An NPAA chain can almost refill his entire bar if used on his burst turn.

William Tell has no defenses. Any damage which is directed at him will hit him at full power, and he does not have much in the way of HP to mitigate it. At best he has a skill seal and a debuff immune, but neither of these do much in preventing damage from coming in.

Everything about William Tell is about his burst turn, but after it is over he has nothing lasting except his 3-turn Arts up boost. While that may help him get another Noble Phantasm off, he’ll likely not be the greatest performer on the field during his off turns.

In order for William Tell to best utilize his Noble Phantasm, he needs to face a Saber with an evasion skill, as other classes are best matched up against their counter-class. To make matters worse, he has direct competition with male Sabers as Euryale can do similar damage as he does against them on any turn and prevent them from taking action via Charm. As a result, he primarily sees usage against female Sabers with evasion skills hardcoded, and against males when his Sure Hit will be needed. These cases are few and far between for the most part, unfortunately.

All of William Tell’s skills work together on his burst turn, creating a pool of stars, gathering them to himself, and then boosting both his damage and NP gain. While the skills are ordered based on priority, they all should be leveled rather simultaneously to amplify his burst and make him shine.