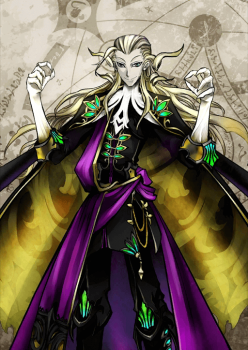 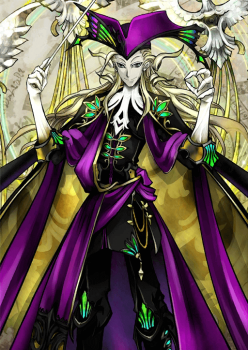 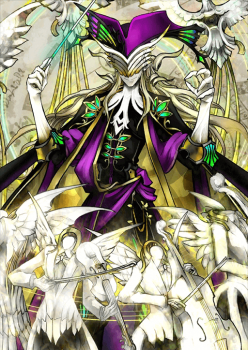 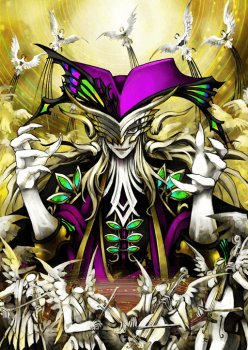 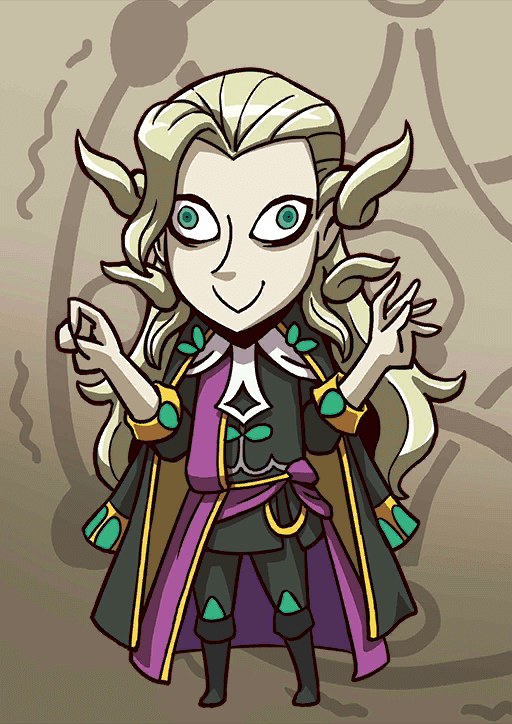 Requiem for Death B

Random chance to decrease ATK and DEF for all enemies (3 turns).

Funeral Music for the Death God

When equipped to Wolfgang Amadeus Mozart,
Increase NP damage of all allies by 20% while on the field.

The Austrian musician dazzles and impresses as a cheap support Servant with some very impressive values on his skills. A Servant practically made for the Chaldea Combat Uniform, Mozart’s value in both Arts and Critical teams is immense...for a single turn. Mozart’s best use is as an instant Arts buff + Critical Star infusion for more powerful Servants by either swapping him in with Order Change, or vice versa. Mozart by himself provides little outside of his main two skills, with Aesthetic Appreciation being extremely situational at best and his stats being downright pitiful. His NP is the inverse of Hans, but suffers from a low hit chance and time spent charging it. Overall, he is worth raising due to his very low cost values and incredible proficiency in his niche.

Mozart offers an amazing Arts buff for the team with a value of up to 44%, especially potent if it's during the NP turn of some Arts servants like Vlad or Robin Hood.

Mozart can instantly guarantee a turn full of critical hits with his Eine kleine Nachtmusik at max level, ensuring an immense one turn burst for critical oriented teams. There is no other skill in the game capable of granting this many Critical Stars instantly. Despite the Arts buff in Mozart’s skillset, this capability alone makes him valuable in many Buster Crit teams as well.

With the same values as Hans’s buffs, the debuffs applied by Mozart’s NP offer a substantial hindrance to opponents and combines well with powerful overcharge effects like Robin Hood’s. However this NP rarely sees much use due to Mozart’s fragility and weak sustained performance.

Musicians are elegant creatures, unsuited for damaging enemies. During combat, Mozart is extremely weak due to a combination of poor stats, a lack of offensive oriented skills meant for himself and his Caster-class damage modifiers. Furthermore, Mozart’s base HP is low and lacks non-situational defensive measures. A stray critical hit will kill him. Generally, his on-field performance is simply best avoided and left to more capable Servants. Exploit his buffs through the use of Order Change on the Chaldea Combat Uniform.

After casting his two primary powerhouse skills for 1 turn, Mozart usually cannot supply the team with much more. Charging his Noble Phantasm often requires too much time and his second skill is incredibly situational. With his two big skills on cooldown, “accidentally” letting him die to switch in someone more useful is usually better than letting him linger.

Protection of Muse sees a substantial increase in value from levelling and should be raised for any Arts teams that feature Mozart. The 44% Arts damage for the entire team in 1 turn is fantastic and its value is close to Tamamo's signature Fox Wedding. A nice substitute for any Master without Tamamo. Can be levelled first for patrons of Arts Servants.

Aesthetic Appreciation is actually a contender for one of the most awful skills in the game, being extremely niche and very underwhelming even at max level. Unless materials are abundant, (unlikely), Masters can skip this skill.

Once Eine kleine Nachtmusik is acquired, Mozart is best described as an "I want to crit this turn immediately" button just because of how strong this skill is. It is a great idea to get this skill maxed as soon as possible for any Masters that wish to experiment with critical hit shenanigans. This skill can be levelled first or second depending on personal preference. Buster fanatics especially may prefer levelling this skill first.

Due to Mozart’s low cost, Mozart can either carry a strong CE to further support the team or use the cost saved from his low cost to equip the other Servants with expensive CEs instead. There are however some fun possibilities to exploit with Mozart for clever Masters.

A world renowned composer and a performer.
He lived in the 18th century, and possessed a sense of sound that's out of this world. He left us with many wonderful scores, and was loved by God. A miraculous genius.

Height/ Weight: 180cm, 65kg
Origin: History
Region: Europe
Alignment: Neutral-Good
Gender: Male
Secretly he is happy about his alignment being the same as the person he loves.

Highly interested in the world of Magecraft, there were legends that he was involved in secret societies. As a Heroic Spirit, he uses Magecraft based from Orpheus, and even has knowledge of the Magecraft used by Solomon.
Normally, he would use sound as a catalyst to cast attacking spells.

Protection of the Muse (Fake): EX
Originally, this skill was the manifestation of the divine protection from Muse herself.
Here, this skill enables the user to distinguish sounds and perform brilliantly.
It increases the effect of any Magecraft involving music.
All these effects are manifested as one's "own innate ability."

A saint who devoted himself completely to music.
Unfortunately, as a human being he's not as great.
He likes to chat with people and make jokes.
Out of all jokes he likes dirty ones the most, but he has forced himself to stop making them (because Marie told him to).

His music is always dedicated to one woman.
When he was a child, he was summoned to the palace in Vienna.
There he met a fair maiden, who shone more brilliantly than anybody...
The girl's name was Maria, later known as "Marie Antoinette."
The tragic Queen who was put to the guillotine.

He passed before Maria's death.
"If I was alive, I would never have let that happened...
her tragic death under a guillotine, she would never had to face that."
He understands that he may not have the right, bUt he can't help but wish...
that one day, happiness befalls upon his beloved Maria.