Which 4* Should I Choose? (3 Million Downloads Campaign)

With the 3 Million Downloads campaign, many Masters may feel paralyzed when faced with which free starter 4* Servant to pick. There are all kinds of compelling reasons to factor into the decision, from gameplay to plot. If you feel comfortable in the game, pick your favorite character. From a gameplay perspective, this is a fantastic chance to pick a Servant that covers a class you’re lacking.

There may be easier choices in terms of gameplay, but the decision also depends on what stage of the game you’re at. At the end of the day, pick the Servant that allows you to smile when you go to sleep at night with no regrets. After all, I assume you’re playing the game for your enjoyment. 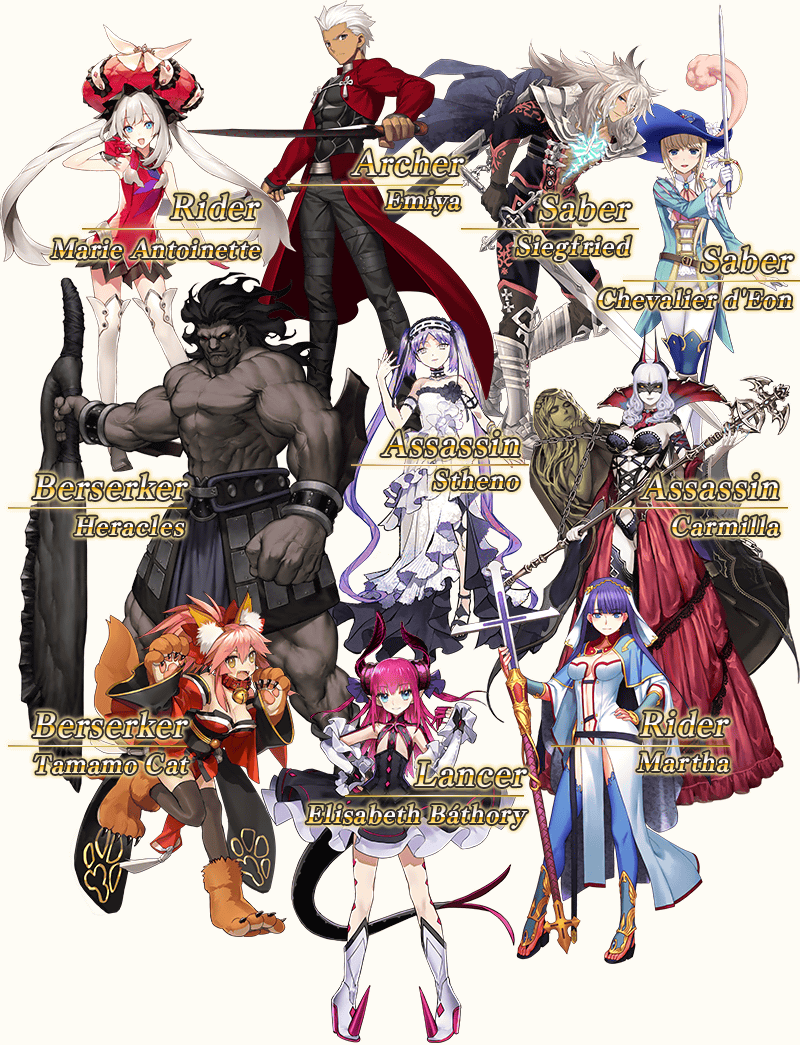 I am a new player who hasn't rerolled

For a new player, Heracles is recommended as a top-tier starting Servant due to his strong damage against all classes and good survivability. A leveled Heracles can carry you through all the early singularities, while transitioning to a reliable last-stand backliner post America.

If you missed out on the Garden of Sinners event, have Heracles already, or really dislike riders, Carmilla is a solid, accessible Single Target Assassin, and gold assassins are as rare as they come. Despite having weak stargen, her NP gain is excellent and she functions as a budget Jack with bonus damage to females. In the short term, her first strengthening provides superior passive stargen, while in the long term Carmilla will receive a second strengthening that will allow her damage against females to potentially outstrip Jack.

I am an intermediate player who needs to cover niches.

It takes dedication to be a good wife, and Tamamo Cat is devoted to grinding those tedious exp hands so you can take an afternoon nap. Despite having lower base attack and a disadvantageous attribute, levelling her Monstrous Strength and using your typical NP Charging servant for farming allows her to clear waves consistently. You need to farm to eat, after all.

Compared to her summer self Saint Martha is more supportive, but her offensive streak still shows strong. Aside from her on-release team-wide cleanse, Martha gets a strong skill in a debuff removal and defense down combination once her upcoming second strengthening arrives. Combined with the 20% base defense down on her NP, Martha can boost damage against one enemy by 50% or more. To top it off, in the future she gets a built-in Buster buff along with her NP upgrade to really pray away enemies.

I am an advanced player seeking Long Term Investment and Strategies

Emiya is like the Magikarp of FGO who goes from nameless faker to notable hero. On release he hits like a wet noodle, with a skillset that lacks synergy to his name. Post-strengthening (soon), Magecraft becomes Projection Magic, which buffs his Arts, Buster, and Quick cards by 40%, while Clairvoyance becomes Hawkeye, increasing both star gen and crit damage by a whopping 100% for 3 turns.

For those running waifu teams, Elisabeth Bathory is your supportive idol. Post-strengthening her Charisma will grant a 20% attack up base, with an additional 20% attack to allied female Servants. This combines nicely with Torture Techniques for a whopping 60% increased damage to an enemy at max rank.

Despite not doing the DPS, Chevalier d’Eon has excellent utility as one of the few gold servants with a taunt and the base stats to back it up. Their 3-turn taunt combined with a dodge makes d’Eon very consistent at protecting servants and eating NPs, while their art-based kit and debuffing NP provides stall team synergy.

Is it worth NP2’ing a Servant?

The benefits of NP2’ing a Servant includes a 33% increase in their NP damage (if applicable), and the ability to go over 100% NP gauge. For comparison, an post-interlude NP2 Servant will do as much damage as they would’ve done NP5 pre-interlude. It’s a noticeable increase in damage, and very much recommended if you really want to invest and upgrade your Servant beyond Fou’s and grailing.

Reasons to not choose a repeat Servant include wanting to diversify your Servant roster(especially if you’re a new player), being satisfied with only one copy (all you really need for most purposes), or you already have this Servant at NP2+. If you’re a whale, you most likely fall into the last category; conversely, they may elect to top off that np4 Tamamo Cat for free.

I'm just here for the memes 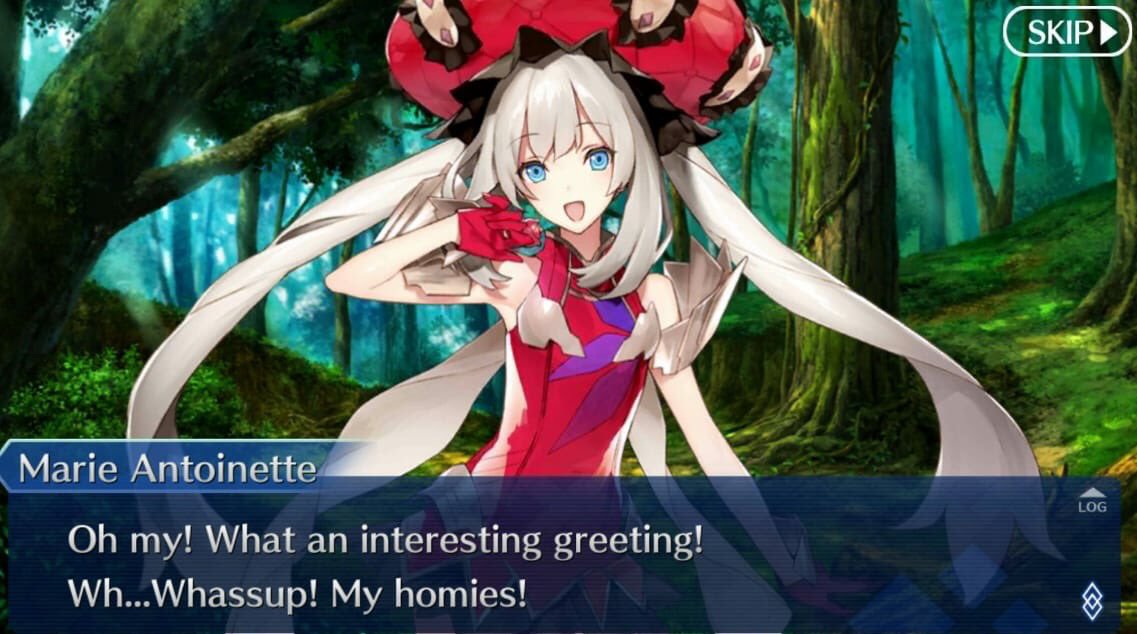 You’ve got a few select choices. There’s the low-hanging free rare prism meme, in which you could really choose anyone. Or you’re choosing these Servants because you really like them, they have some specific niche, or you’re some kind of masochist. That aside, you can get mad street cred for using these guys well.

Marie the Kira Queen unfortunately has many weaknesses, including low damage and terrible NP gain. In her favor, she has a more impenetrable version of Protection from Arrows, a team-wide cleanse on her NP, as well as a conditional charm for stalling.

Siegfried is commonly known as “Sumanai” due to his low attack more akin to that of a 3* Saber. However, he does one thing really well, and that’s murderizing the living daylights out of dragons. For full meme potential, pair him up with Georgios to make anything a dragon, and killable. For the record, Artoria, Kiyohime, and Elisabeth variants also tend to count as dragons as well. Siegfried will receive two strengthenings in the future that boost his performance to not be entirely “Sumanai” anymore.

Ah, Stheno. Despite the metalness of her NP, at the end of the day it still deals no damage, on top of being a Buster NP for whatever reason. When pitted against waves of male enemies her good NP gain actually makes her feel like a Servant. Otherwise, outside of stall teams with Euryale, her strengthening allows her to grant allies a 20% attack buff, and an additional 20% attack to Divine allies including herself for a surprising 40% total attack buff.