Gundam Barbatos Lupus and Gundam Vidar - Should You Pull? 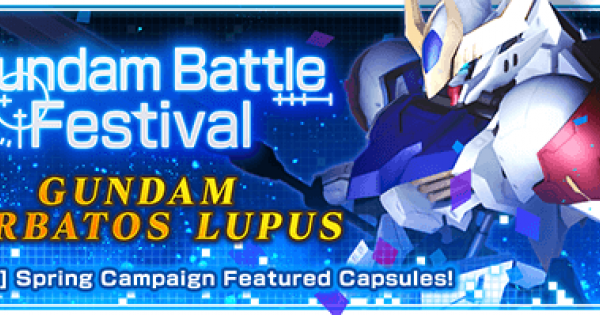 Today we've got a special double edition of Should You Pull, brought to you by Scubasage on our discord server at https://discord.gg/JTsv8gX. Check out my assessment of this week's banners below!

Hello everyone, Scubasage back again! Once more I'll be skipping the HC across the week. These articles are going to continue to come late and quite frankly the HC totals across the week is, well, not that important. You know if you have enough to pull after all.

This week is a double Limited banner, which means they will not be going to Standard Gunpla Parts Capsule when the week is up. Finally, I will not be factoring Marks into the review, as comparing banner parts to banner parts doesn't change with or without marks.

This banner gives me mixed feelings. As whole, the banner has basically no bad parts, the worst part is still just about average, and has some really nice parts in it too. However, the banner features mostly just stat sticks, with only one single EX Skill or Trait worth going for, and even the stat sticks mostly aren't spectacular. This is a good banner if you don't have many parts, like if you're a new player, though if you have a treasure trove of parts, there's not much standing out compared to everything else in the game

This banner is similar to the Lupus banner, but better. While there are less exceptional parts here, the ones that are here are more exceptional and there isn't a single dud part in the banner. This banner is good for everyone, newbies and veterans. 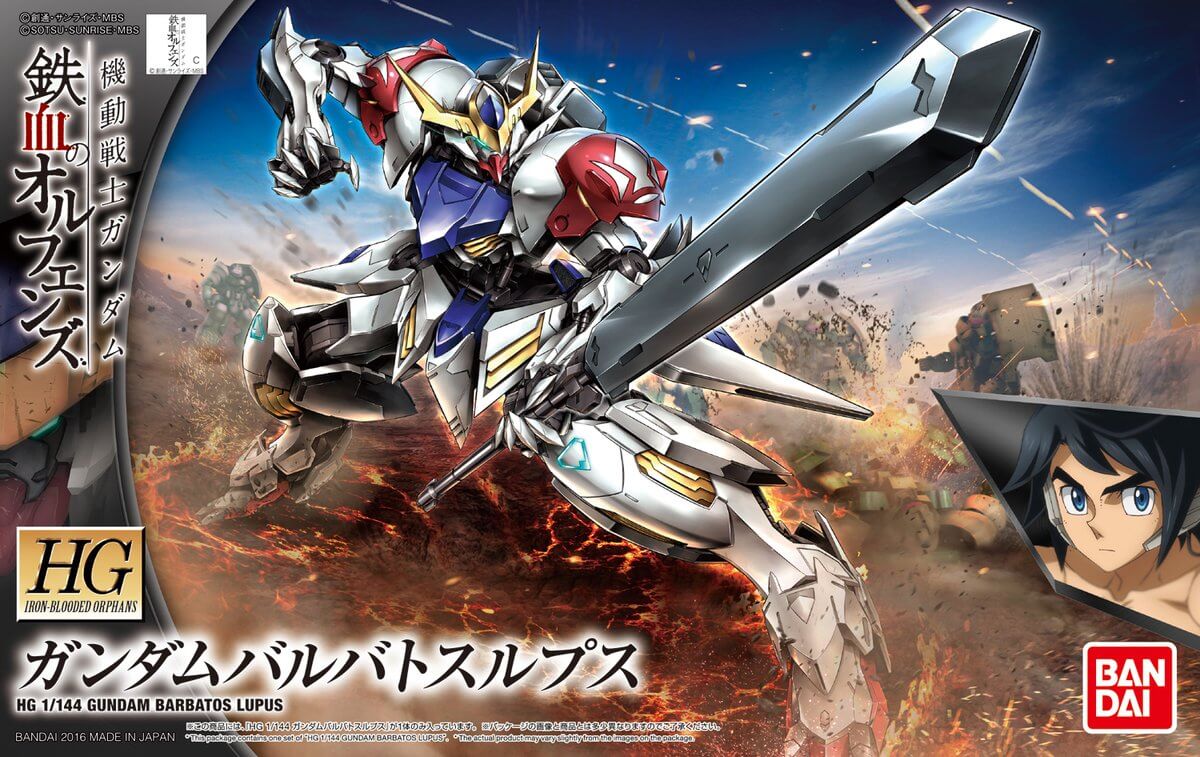 553 ATK, Protag and Close Combat make this head a pretty decent Melee head. The Awakening EX Skill on here is solid as well, giving 20% Speed, 30% Melee and bonus flinch resistance, on a 60 (12) CD.

Like the Head, this has 553 ATK, Protag and Close Combat to make it above average for Melee. It comes with a trait that reduces EX Skill Cooldown by 20% when Protag is active.

The arms are pretty spicy. 3312/553 ATKing stats is pretty good for both Melee and Shooter, but the EX Skill is the real draw here. This is the first D/B 21 (6) CD Shooter skill I've seen actually outdamage the Crossbone X1 Torso's Mag Skill, and more importantly, it does it with a very fast animation, similar to the Crossbone Torso's skill too! However, to make these work, you'll need initial CD which is hard to get as a shooter. Still these are solid parts.

These are the worst part of the banner, and when they're 553/553 offensive parts with Close Combat, that's saying something. The trait is Melee Crit rate, so in other words, worthless.

The same as the legs, except instead of a terrible trait, we have an Overkill skill. Standard D/A 79 (20), 29% Melee ATK Boost, 20% Speed Boost and 19% Melee Defense Boost on this one, putting it firmly in the middle, slightly below skills like Bisect and Fatum-00, which give the same ATK boost but heal instead of a speed boost.

A huge 4110 Melee ATK alongside both Protag and Close Combat tags makes this the stat stick of all stat sticks. It's coupled with a bad D/C 21 (6) EX Skill, but let's be real, we aren't using this for the skill.

The same ATK as the Sword Mace, it trades Protag for the weaker High Firepower, but instead of a bad EX Skill it has a trait to give a 15% chance to penetrate Super Armor, which as far as we can tell just means it has a higher chance to flinch enemies.

The Barbatos was always a good looking suit, and the Lupus is one of the better looking forms. 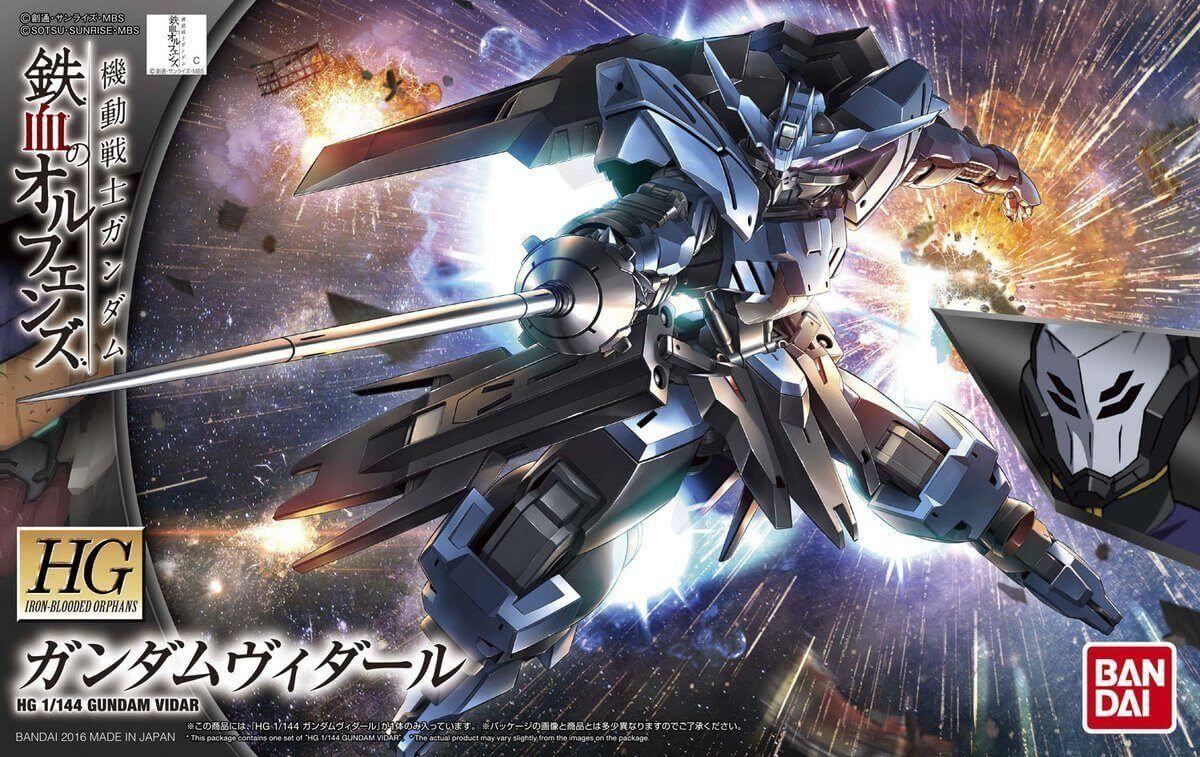 553 Melee ATK and 2922 Shot ATK, this part comes with it's own version of the Alaya-Vijnana awakening, boosting Melee ATK by 39%, Speed by 20% and Vernier capacity by 25%. This is a solid head for both Melee and Shot, above average in both, but nothing special in either.

Like the previous parts, this is ALL about the stats. 2922/1356 ATK stats, to be exact. The trait is another worthless crit trait.

Wow. Strong stats at 965 Melee and 553 Shot, as well as triple 965 Armor and Defenses, this comes with one of the spiciest EXs yet. This is an Overkill, but a special one, being A-/A at 79 (20), and it boosts speed by 20%, Melee ATK by 29% and Shot ATK by 19%. Easily the best part of both banners. The one downside to this is the long 10 second animation, but it's still amazing regardless.

Same stats as the legs, just instead of an Overkill, we have a really strong trait. The trait boosts Melee Power by 30% while Speed Attribute. This won't be usurping the three or four or so 25% 3* versions that are available in this slot, but with enough duplicates to bring the base 17% up closer to 25%, it allows for more flexibility in tags and much higher base ATK to work it.

This is above average Melee ATK at 3690, and that's about all there is to say about this. The trait to boost Job Gauge by 17% while Speed Attribute is nice but mostly irrelevant. This is probably the weakest part of this banner, and that's saying something, since it's still better a large portion of other melee weapons.

I can't believe they made an IBO rifle that doesn't suck. 3690 Shot ATK puts it above the average for ranged weapons, and like the Burst Saber, is really all this piece has going for it. It gets a slight edge because while the trait is worse, it comes with 154 Melee ATK, something that is rare on ranged weapons.

The only reason this doesn't get an SS is because I'm not a fan of the rapier, but othewise, whew lad, this is one amazing looking mobile suit. I especially like the shade of blue used here, which is extremely rare in the Gundam universe.

Milliardo is great, Mashymere is trash, so the banner as a whole gets an average score, lowered ever so slightly because of the odds of the weak pilot being higher than the good pilot. I'd probably avoid this overall.

With 1602 Melee ATK, he joins Sai Saici in giving Outfighters a top ATK pilot. However, he has better word tags, namely Close Combat. His trait, while low impact, is also better than most pilot's traits, so he has that going for him too.

He's a defender with 889 Armor and Melee ATK, which is really the best that can be said about him. His trait increases Debuff Skill time and he has bad tags in Zeon and For Space.