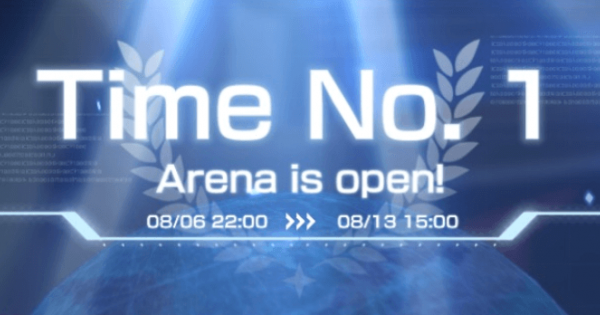 We've now seen two rounds of the arena being open for Gundam Battle Gunpla Warfare. In the first round, maintenance and server overloads took the system down and we could not battle like we wanted to. In the second round so far, that hasn't happened. Over the course of both rounds, we've been collecting data to help guide you in how to make decisions in the arena, and we think we have the strategy mostly cracked.

Before we get into that, we have to give you one big disclaimer. This is simply how we think the system works based on observations, not from any datamining or any other form of confirmation. So it may not be entirely accurate at all levels, but the basis of the strategy holds true even if the numbers change as you rise up the ranks.

Let's get into the topic at hand!

Arena 1v1 Battles - What We Know So Far

The current highest ranked individual in the arena has approximately 2300 arena points. If you're like me and have played all 6 of your total battles (3 per day) and won each one, but still see yourself ranked in the 10,000's or below, you may be wondering how that's even possible. Are they cheating? Is something fishy going on?

I don't believe so. Let's look at the observations so far. 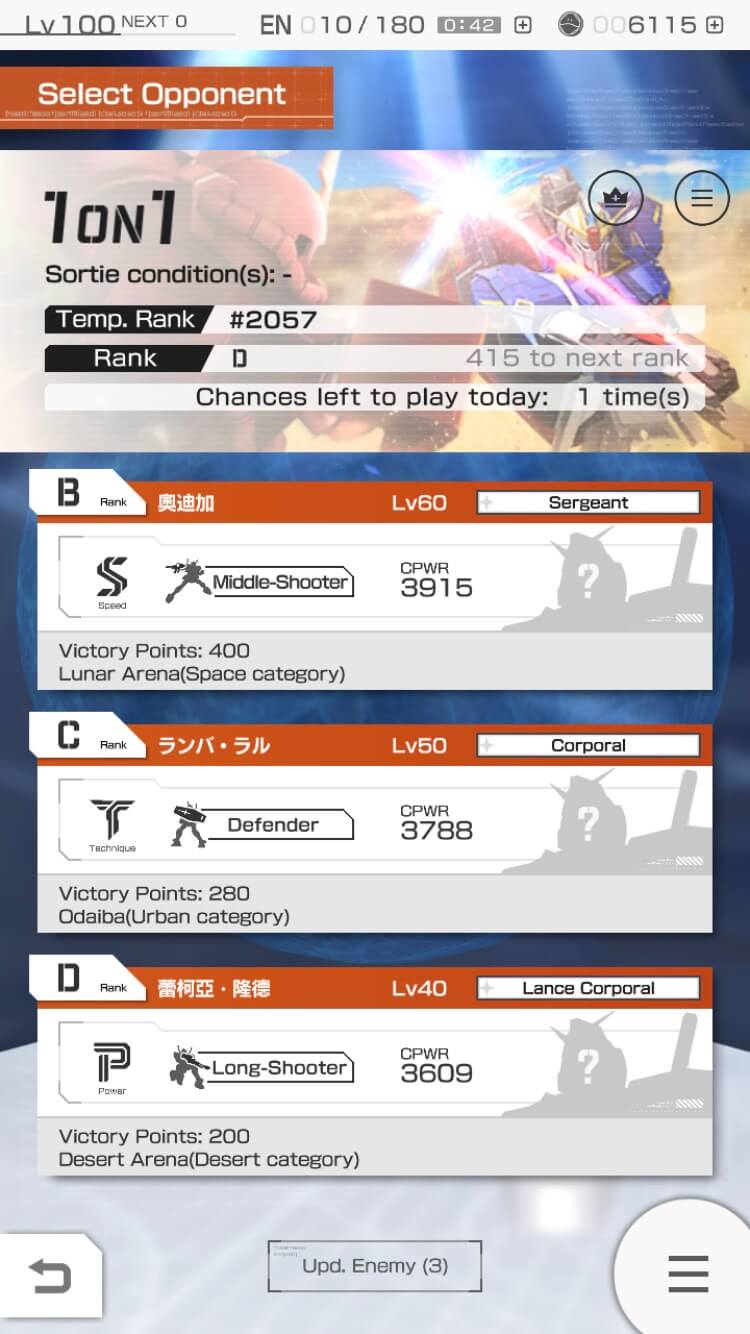 We know that each person gets three battles per day. And based on the screenshot above, I was lucky enough in my second battle to draw opponents ranked at my current arena rank (Rank: D) as well as two ranks above that (Rank C and Rank B). And you'll notice the base "Victory Points" earned for beating those opponents is vastly different.

At rank D - I can get the following:

You also get a bonus multiplier for beating opponents in certain ways. It's really unclear at the moment how to improve that bonus multiplier but we have some theories based on what we've been told (from other users) that we'll get into below. But for starters, let's stick with rank.

Let's assume the above is constant -- that every time you face the same rank, you get base 200 points, one rank above is 280 and two ranks above is 400. If this is the case, someone who luckily drew 5 matchups where they faced off against someone 2 ranks above and 1 matchup where they drew someone one rank above, would theoretically be hitting 2280 arena points (plus bonuses to hit just above 2300). So those numbers at the top -- really anything around 2400 should be a logical number.

But how can someone control that? Is it just luck.

You see, in the notices when arena was first announced, there was a line that talked about how we would each get 3 battles per day and we could REFRESH our opponents 3 times per day. In the first round of arena, I did not see any option (but I may have missed it) to refresh opponents. But this time, it exists. Take a look at this tiny button at the bottom of the above screenshot - it says "Upd. Enemy (3)"

By hitting that button, you can refresh your list of opponents in hopes of getting a higher-ranked opponent draw.

But you can only do that 3 times total per day in your 3 matchups per day. So if you draw a 400, you may want to take that match. But using opponent refreshes, you might be able to increase your total base arena points (ditching the 200 matches if possible for better base matches) especially on day one and day two when the opponent CP is often pretty low.

Now, we really don't know much on how the multipliers work for battles (the battle assessment score you see below) but we know that people have reported getting as much as a 20% increase in their total arena points earned (so for a 200 matchup, that's 240) and I've seen as low as 5% personally.

As we continue to gather data, we'll keep updating you. But it seems that using an ex skill to finish an opponent has something to do with it, as well as taking no damage in a match (regardless of whether or not you were hit -- just so long as you were hit for zero).

And we know that multiplier can indeed also help you to get bonus points when you don't draw matchups that are in that 400 base victory points range. 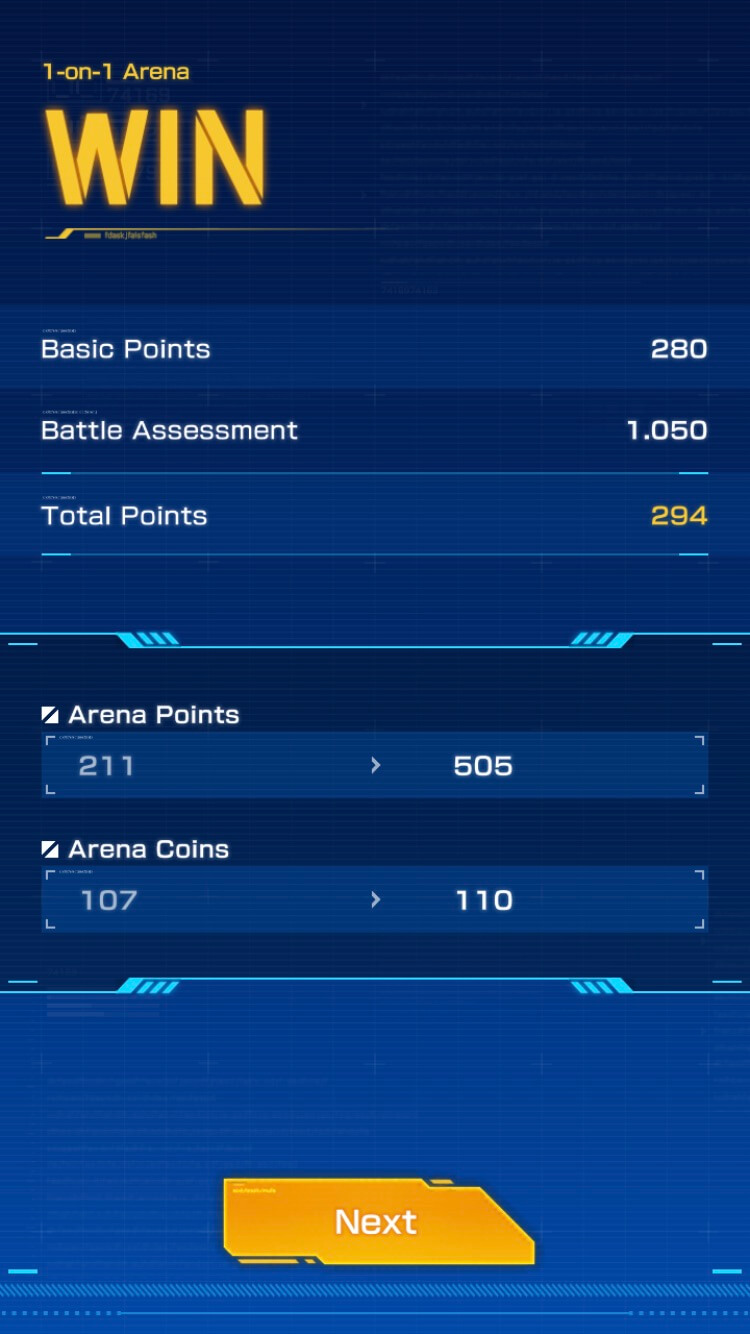 It is indeed possible to have a score in that 2400 range right now, though it would require either some really strong luck in opponent draws or a really good understanding of how the multiplier works (or perhaps a little of both). But hopefully, this information will help you as you dive back into the 1v1 arena for what should be the final day of this round.

We hope the testing went well for the developers and that we can see a full week or more of 1v1 arena soon, or perhaps are able to dive into 3v3 arena at the end of this month.