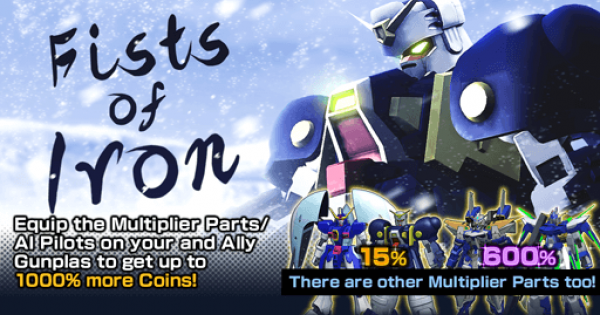 It's been a while, hasn't it? GBGW took a little break due to Covid-19, but we're back with more parts for me to review! This week, we have Argo Gulskii's Bolt Gundam, representing Neo Russia, from G Gundam. How do the parts hold up? Let's take a look.

High Armor, average ATK, low everything else, Mobile Fighter and Close Combat word tags, and a Super Mode Awakening Skill. The Awakening isn't particularly good, but it's better than a filler EX skill most of the time so maybe someone would be interested in this. Overall the part is pretty lackluster though.

Low Melee ATK, average everything else, Mobile Fighter and Heavy Armor word tags, and a decent filler EX Skill. I honestly don't know what they were thinking with this one. The stats are super low, the word tags are bad, and the skill isn't amazing, only decent. Hard pass.

Average stats across the board, Mobile Fighter and Close Combat word tags, and a trait that boosts Melee Power by 25% when Mobile Fighter is active. Mobile Fighter isn't a bad word tag in theory, it just lacks good parts right now, but there's still some hope left for good Mobile Fighter parts, and this will be very strong to use with those. I'd grab this and max it out.

Well, that's the Bolt Gundam reviewed. Overall pretty bad, but there's something to go for at least. Next, let's look at the three event blueprint suits. These are all suits I've reviewed in the past, so I will be linking to their reviews. They're outdated, but mostly still true, if just being a touch higher on letter grades for most of these parts.

At this link you will find my review of the Launcher Strike:

Here, you'll find the link to my review for the Jagd Doga:

And finally, here you will find my first ever review on the site, the Gundam Nadleeh:

Well, that's all for this week, Pilots, I'll see you next time.