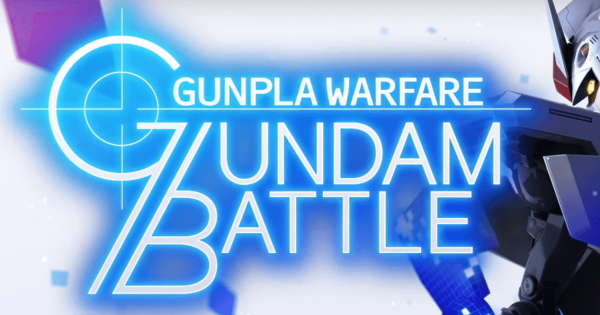 At 6 PM PDT today, we're going to get one of the longer maintenance periods we've seen in Gundam Battle Gunpla Warfare. An in-game notice has informed us of the impending window which is supposed to last for 6 hours (until 12 AM PDT), but the information in the in-game notice isn't very clear.

We know the "reason for maintenance" in the notices section simply says:

The prior notice, however, which is primarily about adding Haro (pilot) into the Friend Capsule Pulls, has more clarity on the maintenance window and what it all means. In that section, we see the following about the balancing changes mentioned: 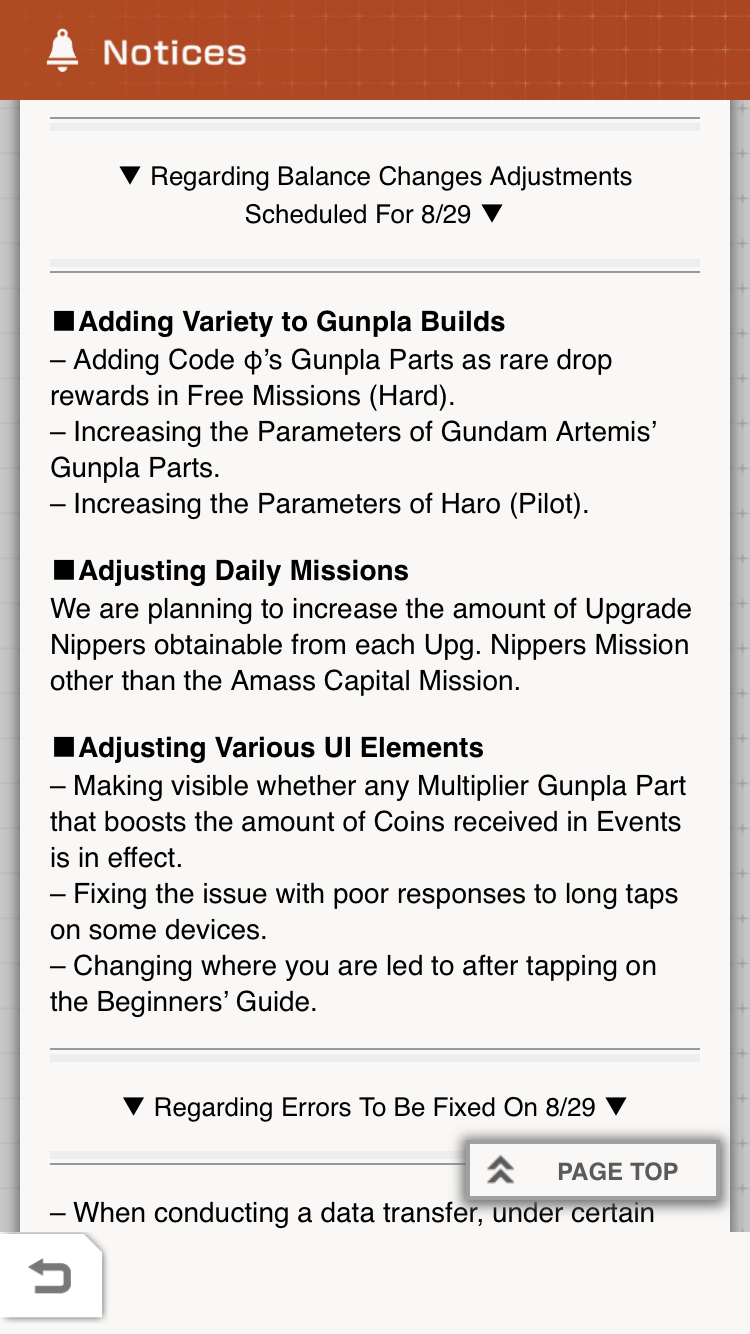 While we still have no clue what code delta is as far as parts that will begin rare dropping in free missions, we are all for increasing the parameters of Artemis and Haro, and increasing the number of upgrade nippers for each upgrade nippers mission. And the rest of the quality of life changes look good also.

As for bug fixes, we get the below from the in-game notice: 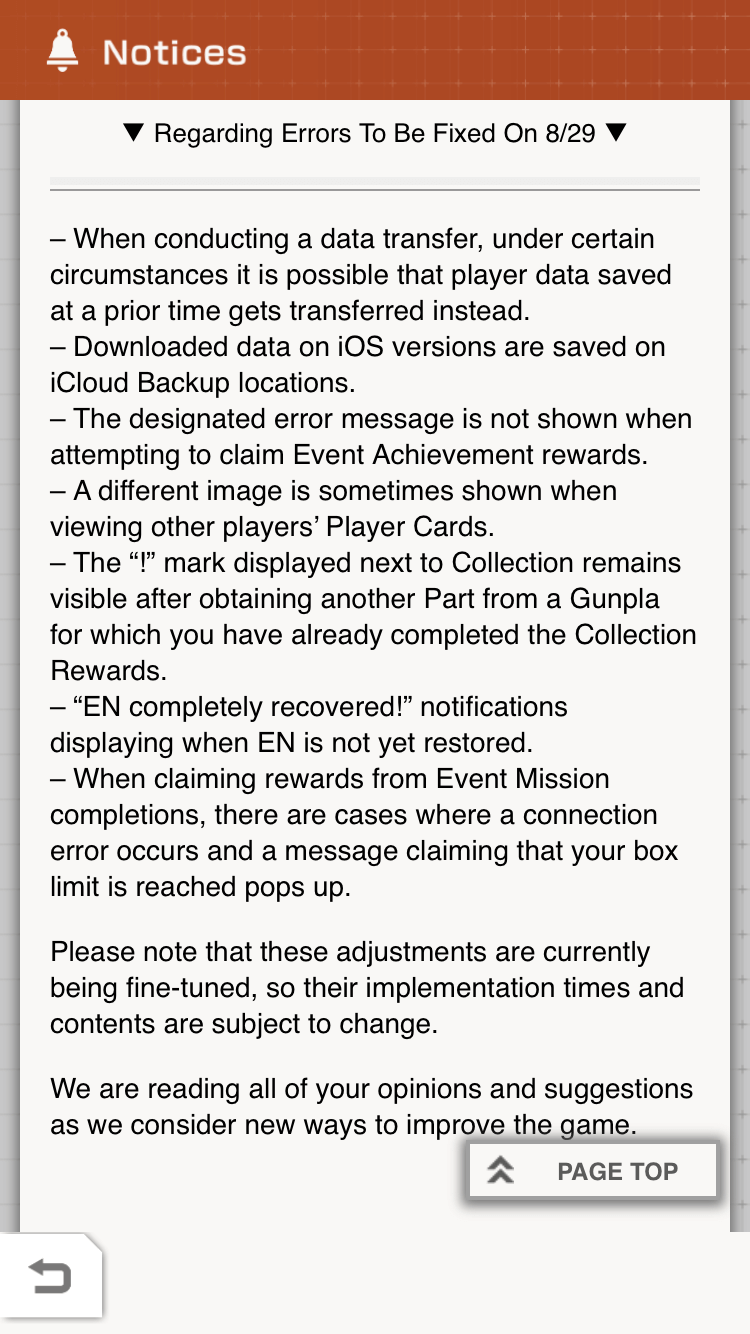 Again all good things. Fixing the annoying exclamation point next to your collection when looking at what you've captured, fixing the "EN completely recovered" push notification that gets sent even when your EN isn't fully recovered on some devices, and other minor bug fixes. Wonderful stuff.

But still, Bandai sort of buried the lede by making two announcements via the JP twitter account (@gundambreakermobile) that they didn't replicate on the EN twitter account. And by tweeting out these future updates a day before maintenance, it's likely to lead to some confusion.

The tweets tell us that we're going to get a new "Multi-Mission" mode where up to 4 users can fight together and that this new feature is actually being shown at a Tokyo Game Show 2019 booth in advance of the release. Really cool news, but then the tweets reference checking the in-game notifications for more info and there isn't any at this point.

Still, we're pretty excited about the upcoming multi-missions and that we're getting some changes now to some of the more underrated gear sets. We don't know how much of an "upgrade" they'll be giving to the Gundam Artemis kit that you can build via friend points alone, but we sure as heck hope it gets pushed up to 3 star tier and not just buffed as 2 star so that it feels a little stronger.

Time will tell! We'll keep you up to date if anything else comes up!