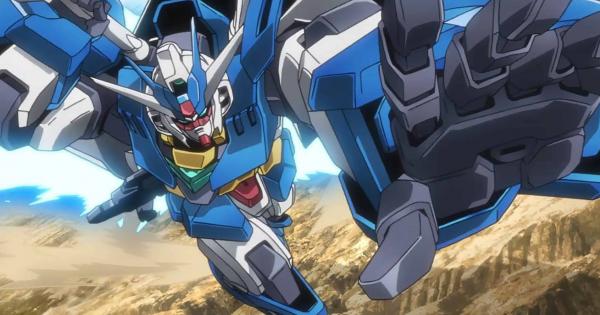 Welcome back to the fifth of our Part Featurettes, Pilots!  Last week you may have noticed that this feature was absent, and there’s some reason there.  I’ve had a pretty rocky few weeks offline, and had to prioritize taking care of that, and there has been a Discord server in my lap that I have spent many hours building with the help of some great content creators.

Actually, starting December 1st, our server is going to be launching a Gunpla Design Contest with a two week entry period, and a really great prize for first place.  You should come by our server by following this link: https://discord.gg/6aMUnBD and see if you want to enter your ULTIMATE GUNPLA to win the pot, which will be distributed during next month’s Sokai Festival.

This week, we’ve got a distinct theme among our parts, and also our first Pilot entry.   Initially, I was worried about including AI Pilots, as there wasn’t a really efficient way of pulling them; you either spent Haro Chips or you spent Capsule Tickets, and either way you lost out somewhere.  Now, with the inclusion of the free daily Pilot draw, my colleagues and I felt that we could start raising them as candidates.

As far as the theme; all parts featured today are all going to feature Initial EX Skill Cooldown Reduction.  This ability has been under an intense amount of scrutiny and testing, and it turns out that I was initially incorrect about a previous statement of mine where this Initial reduction would interact in a specific way with “flat” cooldown reduction. Additionally, "Initial EX Charge Boosted" is the same thing as Initial Ex Skill Cooldown Reduction.

In this example I’m making with Bisect, an Initial Ex Skill Cooldown Reduction value of 24% total will reduce the Initial Cooldown by 28.8 seconds, allowing it to be active in (nearly) 1 second.  We have been able to recreate this instance in a few different ways with a few different values, and each time, the only math that even remotely makes sense is that the 24% reduction has to be factoring against the 120s cooldown to produce these end results.

That being the case… this is the exact reason we are reviewing these Parts (and Pilot). With the upcoming changes to Arena, these new cooldown reduction builds may start to push for a meta shift (or rather a shift from the general idea of HUGE OVERKILLS).  This is a fairly early prediction, but builds entirely focused on this concept were able to perform exceptionally well in the 3v3 Arena testing, being able to 1v3 their opponents.

Man, oh man, oh man, I love this thing.  This has got to be my favorite melee weapon in the game right now, and I am beyond excited that it is just extremely powerful.  This combination of factors is exactly the kind of thing we look for with stand-out Parts; impressive stats, tags that actually matter for the build, and either a viable EX or Trait – this has all of that.

A whopping 3997 melee attack puts this at the top tier of weapons, and let’s face it… While Wrench Mace has 7 more attack value, the tag/EX combination with that is inferior in every regard to this. Close Combat is just icing on this cake of melee greatness, even, but the major draw here is all of this wrapped up with this impressive Part Trait bow.  At base you get a 6% reduction to Initial Cooldown, and it’s likely you may not see more out of this individual Part due to rarity, but all you need to do is pair it with DODS Rifle – both require P Attribute.  That pushes you to an immediate 18% reduction, and you’re well on your way to instant glory!

If you’re needing a high melee attack weapon, are even close to P Attribute, or run Mikazuki or DODS Rifle, you really want to consider this for your Premium Material Part Selection.

Our first pilot, and there’s a lot of reasons why I really was happy to include him this time.  Mikazuki Augus, the fateful pilot of Barbatos, gets a lot of flak in this game for the fact that he’s a Defender, not an In-Fighter, and doesn’t synergize with his Gundam.  While canonically I guess that could bother some people, in the game, that is honestly a great thing.  We have an overabundance of In-Fighters (most are lackluster at best), and instead he was given on of the strongest Licenses available with Defender. (this is very subjective, and we won’t argue In-Fighter vs Defender here :D)

On top of that, he’s one of the only Pilots we have available with over 1,000 in each attack stat, has a heap of natural defense, has Protag for melee bonuses, and has our real reason for inclusion this week: Initial EX Skill Cooldown Reduction (skill charge is reduction).  For applying the P Attribute to your Gunpla, you gain a 6% reduction bonus at base level 1 value, like just about all of these traits.  So here we have an incredible degree of actual value, plus the synergistic value is climbing, as Mikazuki synergizes with both DODS Rifle and Heat Rev Sword with only the restriction of activating a P Attribute.

Combining all three of these parts at realistic levels (lvl 1 Mika and Heat Rev, lvl 12 DODS) you gain that 24% reduction with only three Parts, and they’re mostly non-essential for choosing the best of the best Ex Skills.  Bisect is on a Leg, Trans-Am Raid is on a Back, Fatum is on a Back, etc… this leaves your flexibility for build completely wide open.  You lose access to Iron Impact from Mace with this build, but you may not even have Mace anyway.  Flexibility is going to allow you to keep the overall goal of your Gunpla design at peak while being able to test new things or refine to a perfect spot for your liking.

He is unreal good… trust me.

I had really, really considered talking about the Gundam X chest here… But Shield Buster Rifle is combining so many aspects of what makes a great stand-out Part.  4004 SHOT ATTACK (wow) puts this gun immediately into a strong frontrunner position as one of the best Rifles in the Standard Capsule Pool.  Okay, that’s great… High Firepower too?  That just makes it even better, but then we get into that Part Trait…

You guessed it – If S Attribute, reduce Initial EX Skill Cooldown by 6% at level 1.  Right off the top you notice this is not a good fit for melee-focused builds, and definitely does not synergize with Mikazuki.  A great deal of excellent Shooter Parts are S Attribute (including Nu Gundam, which comes back the week after Sokai Festival), and several other shooter builds could shift into S Attribute with only a few changes, adding on a shorter avenue to Buffs or Attacks.

There are many good guns in the game, but none of the others quite match the flexibility that Shield Buster Rifle can potentially give your build, without sacrificing even a tiny shred of Shot Attack, and likely putting it to an even higher range.  You might want to consider this gun at the end of the month, if you are even slightly in need.

That’s all we’ve got this week, Pilots!  Get ready for that Sokai Festival next week!!!

Don’t forget to do your 18 event mission clears this week for your Premium Material!