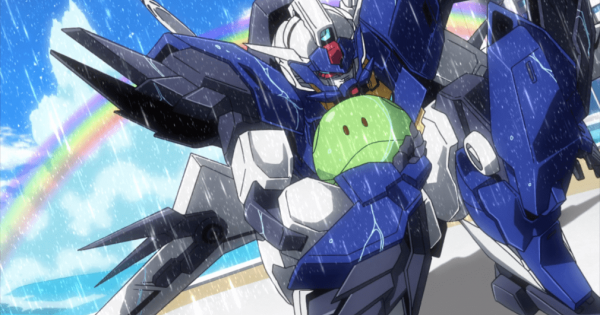 Welcome back to the start of our new Part Spotlight segments, which will take the place of the previous Featurettes.  This segment will fire between Friday and Monday, depending on the weekend and my personal obligations as a parent with my bundle of future-Gunpla-building joy.

I had a second Christmas to take my kid to this weekend, so this article kept getting pushed back until today, and that's on me, so I do apologize there.

HOWEVER!  This week I'm showcasing FOUR prime Shooter parts that are sure to amp up your firepower.  So we'll dig into that after some thoughts on this week's near-misses. Only ONE Melee Part made it into the mix because they're too supported as it is, and Shooters are finally getting some love.

Providence Arms was going to make the cut, but it's losing some strength as a contender due to the fact that it's a Combined Part, and even with leveling the EX to max, you're not going to see Power above D.  This is a major issue when you consider the powerful magazine skills we've seen recently with Crossbone X1 Chest and Strike Noir Back - both exceed the damage values of Prov Arms in every way.

What makes it worse is you can't even equip the new Chobham Shield with Prov Arms - and that's a come from behind powerhouse.  I think the lack of flexibility with Prov Arms just hurt it as more Parts are released.

Beginning 30 Back also swung and missed.  I was extremely excited to see a new Power A skill for shooters when this dropped, and was equally disappointed when I saw the range on the skill, and how the AI performed in every scenario.  It's to the point where I commonly won't take a relief in to combat if they're packing this part, and that's actually a problem.  It becomes more of a liability for positioning and protecting the unit with this skill, and that just seems too difficult with the quality of AI our squad has.

To sum that up, you're looking at a rough range of Shining Finger Sword, but it's only one hit, and no extension of range. Additionally, if you miss, you miss, and there's no "happy birthday" surprise of killing units all bunched up around you.  If you do hit, you'll hit one target, and the risk is great.

I could keep going on with this list of why-nots, but we'll save some for next week!  For now, let's dive in! 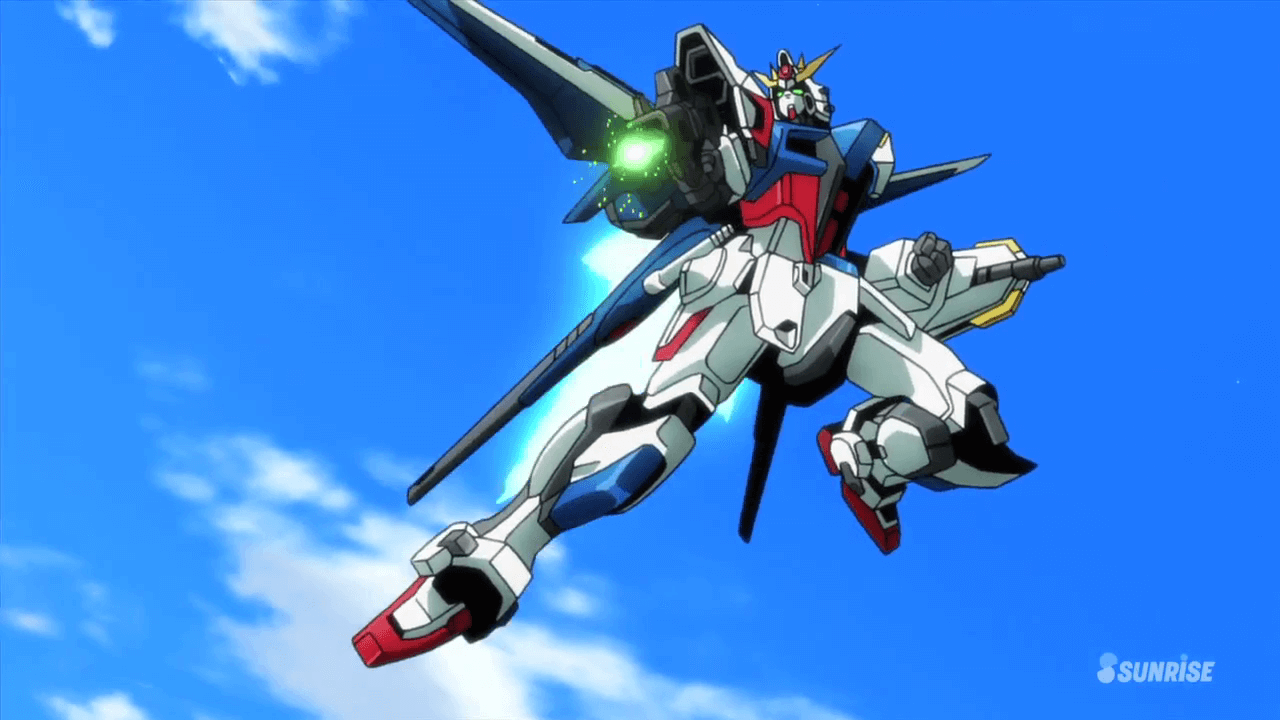 The actual level of "underrated" here is wildly absurd.  While I see people claiming how amazingly powerful things like Crossbone X1 Chest and Strike Noir Back are (undeniably good), most of the same people are swift to discredit this Shield.  This is probably the most incorrect move I've seen for 2020 so far.

A lot of people are comparing this Shield to Unicorn, and counting marks against it for not having any shot attack, while boasting 1602 defense in both shot and melee.  Defensively, this Shield has Unicorn beat fairly well, but the biggest draw here is that EX Skill.

Then there's this comparison between this Shield and Providence Arms, when in fact Chobham's Beam Gun deals far more damage in the long run, benefits from being Beam just the same as Providence, and only takes up one slot.  While it doesn't have Ace or High Firepower like Providence, you can pair it with something of much higher shot values while stacking EX Damage boost Traits and Beam boosting Traits.

Before this Shield was released, I was looking at Providence Arms for this exact article, but after the fact it's really hard for me to stay that course.  I feel that Providence Arms lose a substantial amount of value for being a Combined Part and lessens build options while only providing a small amount of an advantage for the cost.  Chobham keeps your build flexible with strong options.

Ultimately while both are great, Chobham wins out for me in the short and long, and is definitely on my radar as a Premium Material pick.  I know I'll catch a lot of crap for this one, but I believe that this may arguably be a "best in slot" for shooters stacking the proper damage Traits, alongside high shot attack Arms.

I don't really think that this needs to be stated but there's that part of me that feels the need.  The newest shot-based Power A EX Skill (and Beam, to boot) is quite a powerhouse, and while it doesn't the level of individual melee or shot attack buffs to your squad, it buffs both values by 15% each at level one.

A lot of people are trying to decide between this and Beginning 30 Back, and I'll be blunt: there's a reason Beginning 30 isn't on this list.  Launch Build Booster is one of the powerful hissatsu dash animations, whereas Beginning 30 Back has shot attack that can only reasonably land in close quarters combat.  On any shooter, that's already a negative, and what's worse is that if you give it to a Shooter Relief, they'll use it out-of-range every. single. time.

It's extremely unfortunate to see a completely non-intuitive attack like that when we have a stark difference in the amount of powerful EX Skills between melee and shot-based builds.  It's not even that Power A is viable in Arena, because current Battle Assessment formulas have Power A at a severe disadvantage, but more so that there is a lacking of balanced options or support for both sides.  Beginning 30 didn't help that.  Build Strike Back does.

Like I said, while this seems like a no-brainer, it should be said that this Back is easily something you're going to want to consider adding to your inventory if you haven't already. 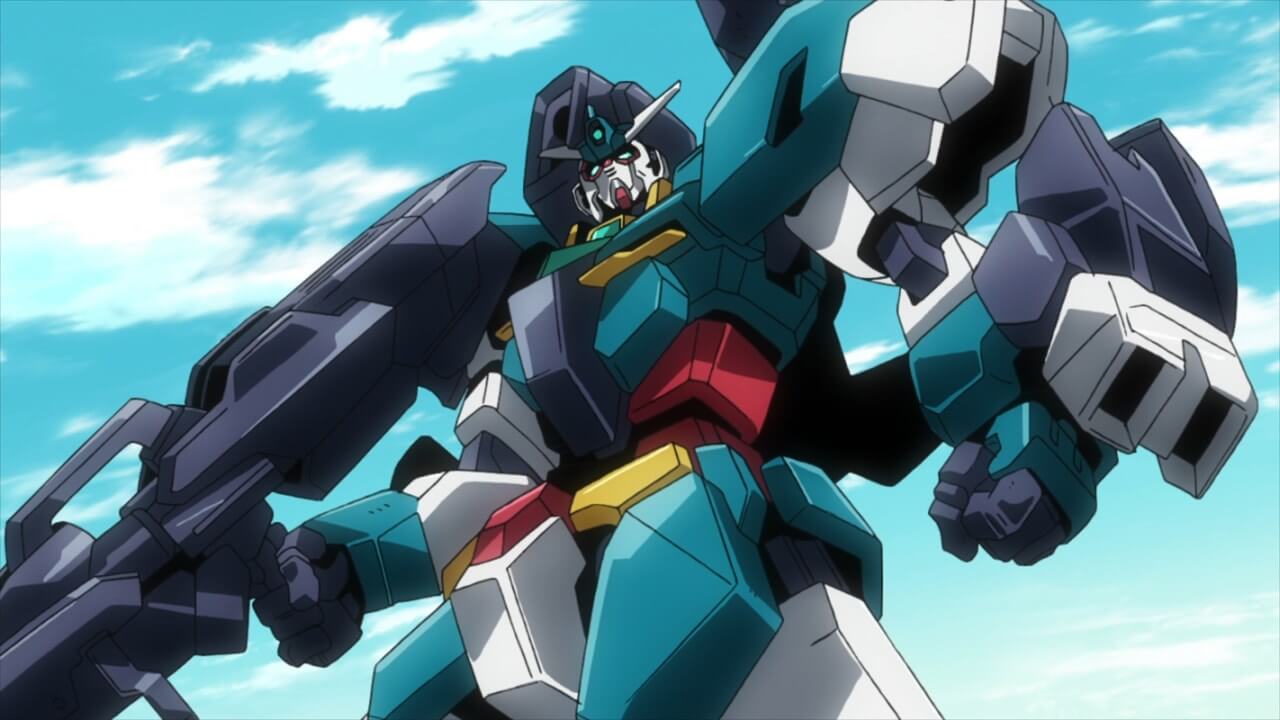 I see a lot of people wondering if this is worth the drop to 2791 shot attack, because there's this leaning people do on raw stats while forgetting to factor in passive buffs that aren't present on their stat sheet.

With Ace Exclusive and High Firepower alongside that Trait for 17% all shooting power, this Head is an absolute monster that is a staple for any Shooter that you don't already have Nu Gundam [Ver.Ka] or Wing 0 EW Heads.  Even while Hi-nu and Enhanced ZZ beat this on raw stats, the overall gain from the shooting power and Tags is absolutely exponential, and synergizes far too easily with things like Hyper Mega Rifle and Beam Zanba (with dumb stuff like Crossbone X1 Chest and Chobham Shield).

I'm even going to go out on a limb here and say this is a clever pick for those who already have it, using the duplicates to increase the Part Trait level for higher gains.  I would dare say that this may even be the best Head available for shooters in the Standard Capsule pool.  Yes, even better than Dynames, because Buff EX Skills and Awakening EX Skills just take far too much time in Arena to be of use in viable scoring.  Passive buffs don't require time to take effect and offer much more in the terms of high immediate gains.

The last thing on my list is a little of a left-fielder.  VEETWO back is something I debated with myself about for awhile, but with the changes in Arena scoring, I figured that was enough to push this into the spotlight.  I've suggested this Back for a long time considering we've had barely any Power A worth their salt for shooters lately, and B+ Power Skills on short cooldowns are hardcore contenders.

Not only does this Back have that B+ Power Skill with short cooldown, it's packing Ace Exclusive to patch up the holes in your Word Tags, and the EX Skill is even Beam-based rather than physical, so it'll take advantage of some of the stronger Parts carrying Beam passive buffs.  (looking at you Nu and Wing 0)

If you're not interested in a Power A due to the length of the animation in attacks, I really suggest this Back Part to fill that slot. 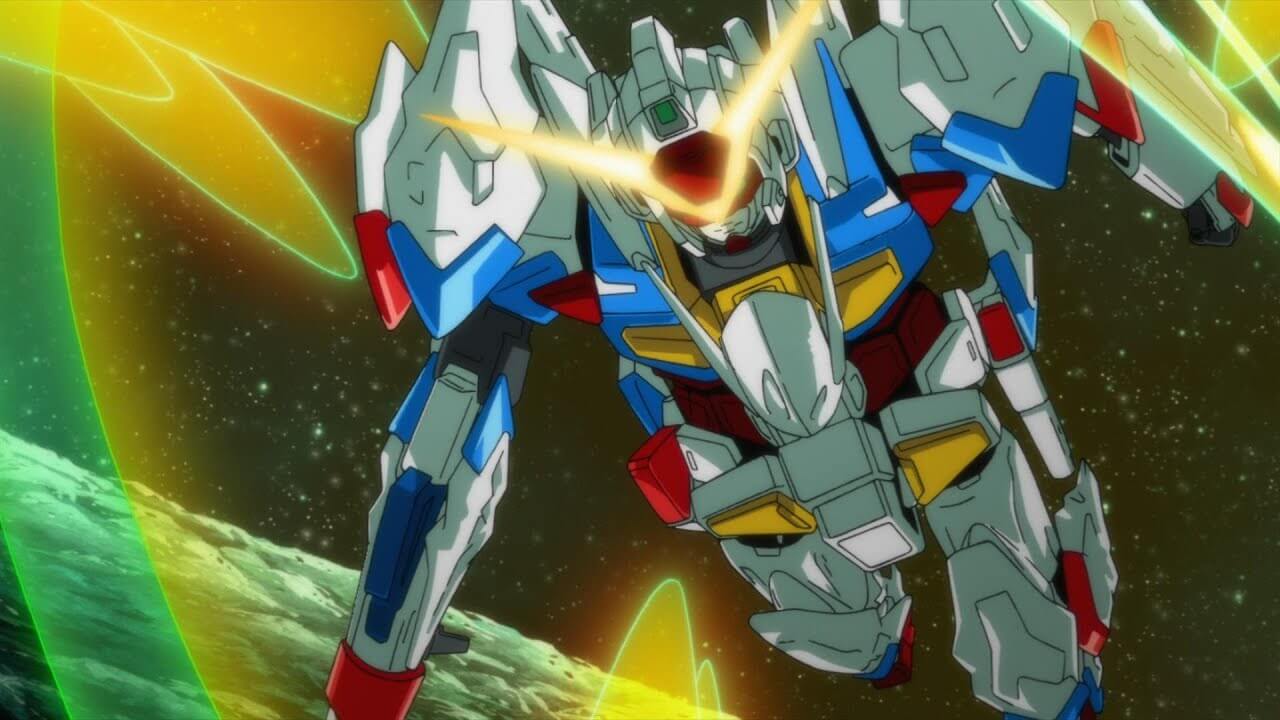 Like Barbatos 4th before you; go forward and be a staple.  This is something that I feel was heavily overlooked at the time that the Banner dropped (though AetherRose definitely rated it high).  Beginning 30 Arms pack with it the same melee power boost available to Barb 4th Arms paired with In-Fighter - it even has the same melee attack.

While your base values won't look as high with that 2786 melee, you're going to get a huge value boost from 17% power.

While it's a Combined Part, which can lessen value overall, there isn't really a shield that I would call critical for an Out-Fighter unless you're using Gusion Rebake Shield in Arena. As it stands, this may be the best Arm available specifically to Out-Fighters, and if you managed to land this then you're in a sweet spot for that sort of a build.

Where it's easier to excel in Arena as a Shooter at the moment, this may be an excellent pick to ramp up your Out-Fighter build for PvE content, or to give it some extra oomph for 3v3.  Not to mention, this is maybe the only Beginning 30 Part that I think looks really awesome.

We'll be back next week with another series of Parts for you guys to check up on!  In the meantime, please feel free to reach out to me via Twitter, which you can find on my profile, or email as well from the same place.

OR you can find me in discord going by Dazed Mika in the GBGW - Newtype Labs server!  We're wrapping up our January Design Contest, and the winner will receive a 10 dollar gift card for the mobile operating system of their choice (Android/IOS)!  The Top 3 of this contest will also be invited back for a contest in June, where the Top 3 out of 18 contestants will take home a High Grade 1/144 Gunpla kit of their choice from a pool of prizes.

This event for a kit is recurring and will appear again in December with a new series of contestants.  Maybe one will be you?

Be sure to drop by!