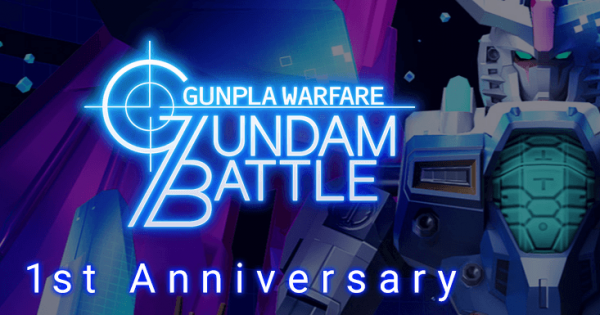 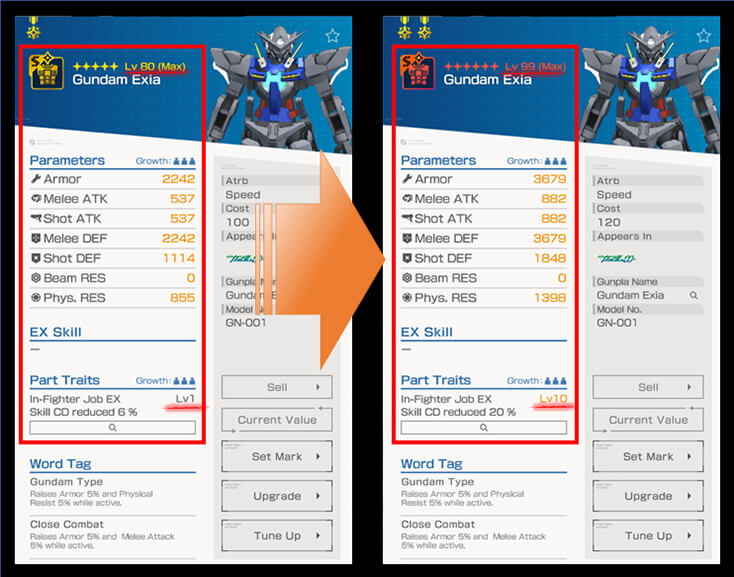 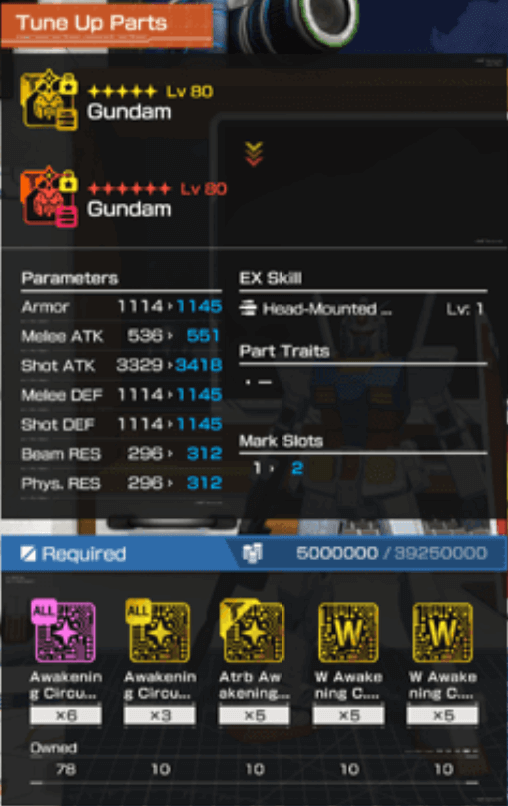 These new Tune-Up materials will be obtainable from Events and Missions! 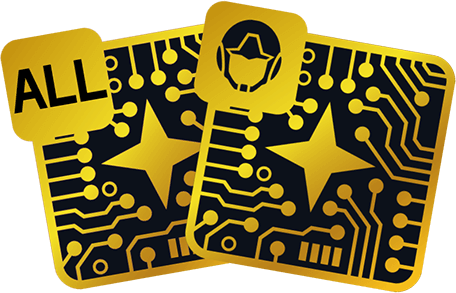 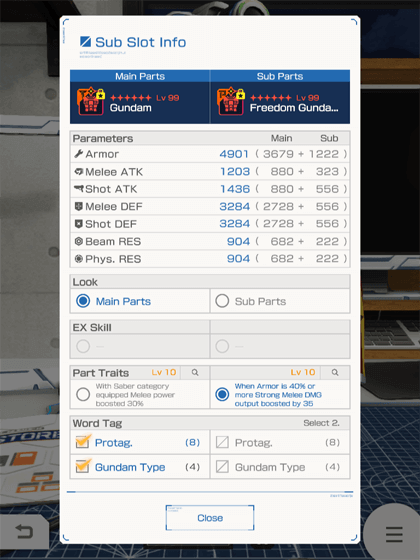 The Gunpla/AI-Pilot Part slotted into a Sub-Slot can provide up to 35% of its Parameters as bonuses to the Main:

Here is another example: 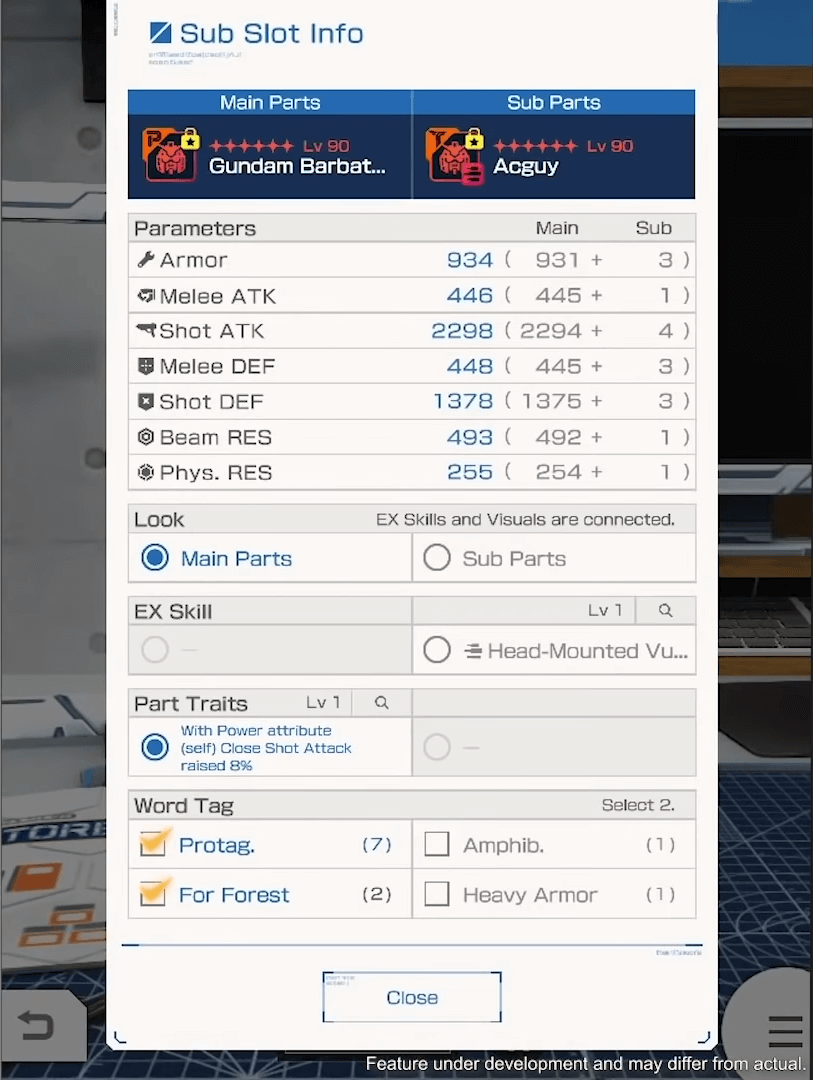 In total 0.5% Parameter bonus from the Sub-Part was added to the Main.

When you’ve completed a Mission with Parts/AI-Pilots Lv 80 or higher there will be a chance of obtaining Expert Points (EP). By fulfilling conditions for both total Expert Points acquired and Collection completion numbers as described by the image below, the effect of Gears will be increased. 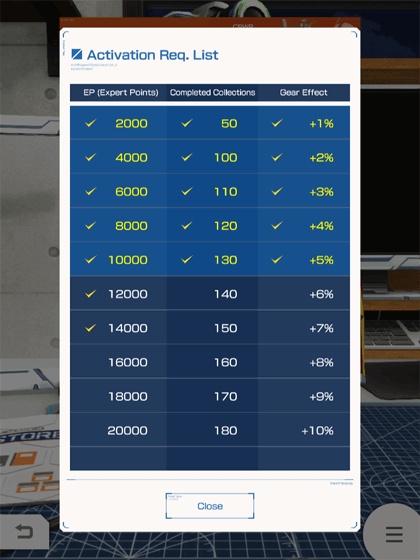 Recycling is getting an overhaul with Weapons & Shields being added and players having more control over the result. 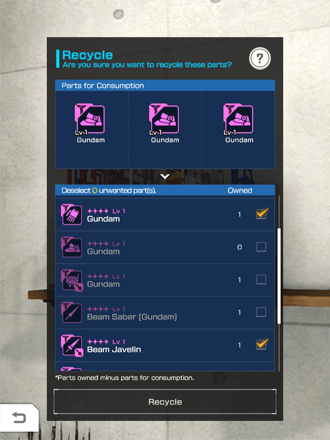 From the Recycle overview screen, by checking items you will be able to remove them from the result:

In addition to the currently available 10 Mobile Suits, 10 more will be added:

Gunplas that may be exchanged with Beginner Coins include all body part types (Head/Body/Arms/Legs/Back) for a total of 5 parts (except Zeong which will not have a Back Part). Following this, 5 more Beginner Coins will be distributed to the current players after 14 days of logins.

A reminder that Beginner Campaign Gunplas tends to have different EX-Skills/Part-Traits and Parameters compared to their original Standard counterparts.

These newly added high-difficulty missions will require unconventional strategies to win through and will be the players' main source for farming Awakening Circuit ε and AI Awakening Circuit ε which are necessary for ☆6 Tune-Ups. The launch date for these new high-difficulty missions will be announced in the in-game Notices and official social media accounts at a later time. 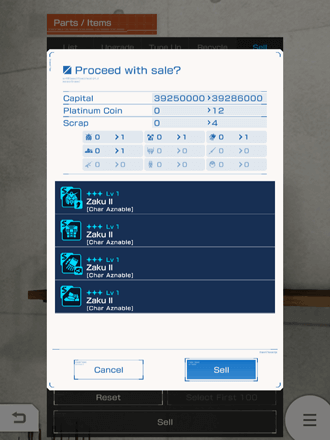 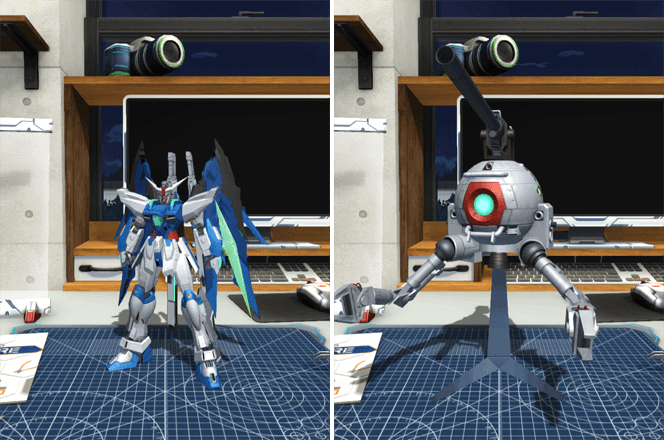 Join us in our Discord for more discussion!