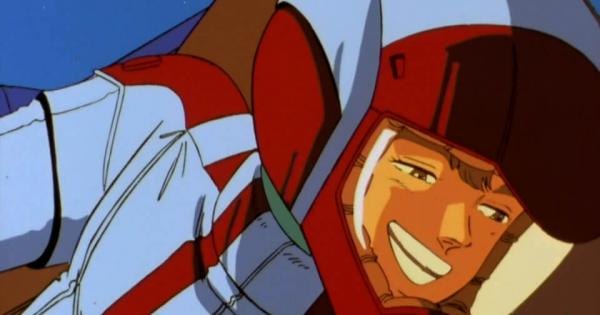 Welcome back to the tenth full-fledged installment of our Weekly Event Digest, Pilots!  Hopefully you’ve been enjoying these weekly updates on Events, Banners, and other awesome stuff coming to this great game!  We’ve got some great stuff in store for us this week, and with Christmas on the horizon, we can only hope there are going to be more great things to expect through the end of the year.

We haven’t received any news about a Premium Material Campaign so far, but it is likely that there will be four Standard Banners this month, followed by a Sokai Festival starting on December 31st.  Hopefully we see some news about a potential [003] Premium Material Campaign this month, and maybe, just maybe… we could see a possible week of 10x draws starting maaaaybe around Christmas (the 24th, anyone?).

For now, let’s see some news! 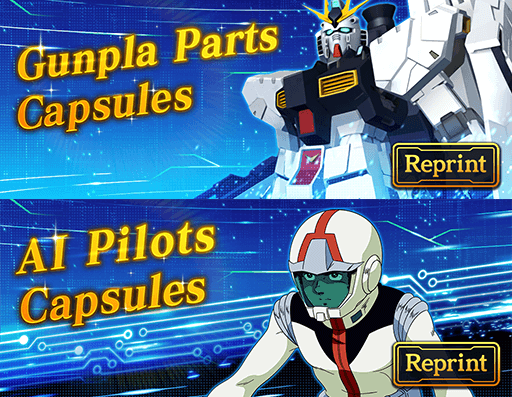 I know tons of people are excited for Nu Gundam to come back with the only limited Pilot, being likely the best Long Shooter in the game by the name of Amuro Ray.  Nu Gundam is still going to be limited once the banner ends, but Amuro Ray is going to be cycling into the Standard AI Pilot Capsule forevermore!  This is awesome news, and I know a lot of people were bummed that they either didn’t get him when he was around, or didn’t play when the Banner was active.  This is your chance!

Nu Gundam may very well still be in contention for the best assortment of Shooter Parts in the game, so don’t be misled by people claiming it isn’t worth the shot.  If you want it, go for it, and if you need any Shooter Parts, this is the best opportunity to really luck out (and they’re also included as multipliers this week!)

EXIA AND DYNAMES – RATE UP CAPSULE

I’m really enjoying that we have a slightly-off-rotation Rate-Up Capsule every week now.  This week is even better with the incredible Parts you can nab off this Banner; Exia Back/Chest/Arms, Dynames Head/Chest/Gun/Legs being the most notable.  Additionally if you land ainy Exia or Dynames Parts, you can still gain a fair bonus for your Event grind (and if you get your first Exia Back, you’ll have one of the best Parts available).  This one is definitely value. 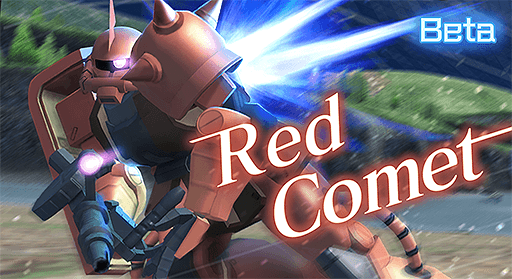 I know that for a lot of people in North America, we were unable to experience the Beta for Big Zam when it was live last time, as it appeared to have been region locked after the difficulties with the server.  Hopefully this time goes a little differently, because we’ve got a Beta scheduled starting on December 4th at 7:00pm PST!

It appears that this time we’re going to be fighting the Red Comet himself, Char Aznable!  Not much is known, but you can safely assume that the Achievement rewards are going to be of a similar nature, and we will currently not have drop-related rewards available.

Remember that only the Host for the Multi-Mission incurs an EN cost, so you can coordinate with friends to maximize your runs! 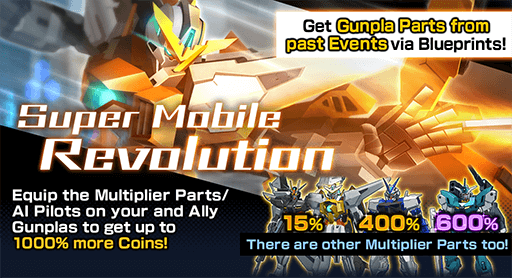 Right off the top, you can notice that there’s a new feature that is mentioned on the Event Banner: “Get Gunpla Parts from past Events via Blueprints!”  This is definitely a welcome bit of information for anyone who hasn’t maxed out Trait or Skills from previous Event Parts that they had wanted to, or allows people who missed these Events to score some of those sweet niche Parts.

Honestly, I think that the Blueprint system is one of the best features to have been implemented in the game post-launch.  Not only did it introduce Gears, but it’s allowed us to craft a 1* variant of the 4* Gundam RX-78-2 head (same stats once tuned-up), given us additional avenues to earn Awakening Circuits, will apparently let us unlock Paint, and now will enable us to earn previous Event Parts.

We don’t know any more about the returning Event Parts yet, but I assume we will be able to purchase Parts of our choice, likely using a specialized currency that is likely to drop alongside Event Coins. We’ll all know more about this Tuesday after the update, so keep an eye out.

Kyrios from Gundam 00 is going to be our Event Gunpla this week, and honestly makes me feel like we’re getting ready to see something insane from Gundam 00 later, but people have been waiting to see this killer jet. It’ll likely have some Transformer Word Tags and the like, and it does come with a Beam Machine Gun (historically not good but let’s hope), but otherwise nothing yet of note.  We hoped for a Trans-Am sort of EX last time and got none – maybe we get it this time?

As usual, the multipliers for Coins will cap at 1000%, and bonuses are applied on a per-part basis, so you can equip multiple squad members with bonus Parts until cap is reached.

I do realize that in the notices under Gundam Exia, it lists GN Beam Saber [Exia].  However, this Part does not currently exist in the game, so it is likely a typo (or could it be a hint!?), so I have left it off the list of Parts for now.

We’ll see an in-depth evaluation of Kyrios on Thursday from Scubasage, so be sure to check it out!

I have been waiting for Astray Blue Frame since Red Frame came in to the game.  Unfortunately, it looks like ABF won’t be arriving with any weapons, and just comes with an Anti-Beam Shield, but I’m expecting maybe a T Attribute suit with some solid Traits or EX Skills.  I bet it’ll have Close Combat somewhere as a Tag, if not High Firepower, but either way it’s going to bring some more of that delicious Astray aesthetic, and hopefully some great stats to help staple builds together.  Sadly it won't be any Tactical Arms EX Skill, as this isn't Second Revise, but maybe we'll see something a little special here, but without any weapons, I'm a little worried we won't see anything amazing.

Veetwo Gundam may be the Marsfour of Shooters, though.  I’m speaking directly to the fact that Marsfour was a complete melee powerhouse with at least four very great parts (Slash Blade, Heat Rev Sword, Chest, and Arms), so I’m hoping the head, the Beam Launcher, and the Back are at least around the same sort of Part quality.  If both of these two suits come out better than Earthree (V2 and M4 being the ranged and melee variants, respectively), then I’m going to be a happy customer.  That Back looks mighty explosive, and I hope we don’t get shafted again with the allure of a potential Power A EX Skill for Shooters (to make 3 finally).  Veetwo, I am ready!

AetherRose is gonna give you the low-down on Should You Pull against the Banner this Tuesday, so don’t miss it!

WHO ARE THESE GUYS?! JUDAU ASHTA AND LUNAMARIA HAWKE?!

The man, the myth, the pilot of Enhanced ZZ Gundam: Judau Ashta!  So finally I can see our 4* Pilot not being an In/Out Fighter of any sort, and I am really hoping that this guy is a Long Shooter with some Ace Exclusive Tag action.  We have a precious few great Shooters, and we’re getting a good bone thrown to us with Amuro entering Standard… But come on.  Judau has to blast something, and I want it to be my opponents.  Ace Exclusive/High Firepower/1200 Shot Attack is way too much to ask for this Pilot, but a guy can dream!

Coming around the bend in Lunamaria Hawke – a supporting character that also happened to pilot the Force Impulse Gundam.  The last two 3* Pilots we have gotten have been decent, and I’m honestly surprised that anyone Piloting the Impulse is a 3*, but she may end up being a mediocre Fighter with a strange suit of Tags, or may have Commander to be half-decent…  Or may just be Close Combat and For Forest and a Shooter.  These 3* Pilots are sometimes something else.

We’re gonna be back with some information regarding the “Previous Event Parts” that you can craft in Blueprints when we’ve got more news, but for now, get hype for Nu Gundam, Amuro Ray, the holiday season, and some GUNDAMS!