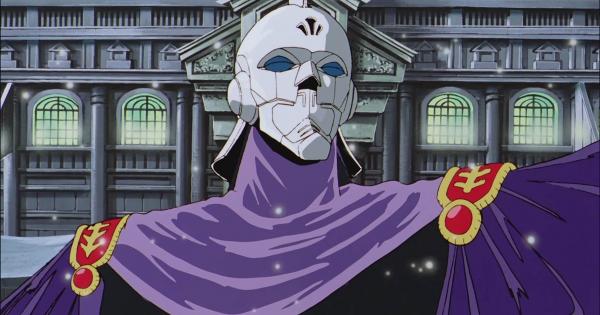 It’s that time again, Pilots!  Welcome back to the Weekly Event Digest for Gundam Battle: Gunpla Warfare!  December keeps rocking out the hits with Providence and GP01Fb hitting the featured Banner this week, with the highly-requested Gouf Custom dropping in as our weekly Event!  With the recent update we saw a weapon type for Whips added to the filter feature for Parts, and we expected something to utilize it, but not this soon!  We also see that we’ve got Iron Mask and Chloe Croce in the Pilot Banner this week, and Iron Mask has been seen in previous images circulating through the community.

This is week 2 of the third Premium Material Campaign, so be sure to hit your logins and your Event runs to get those Materials! 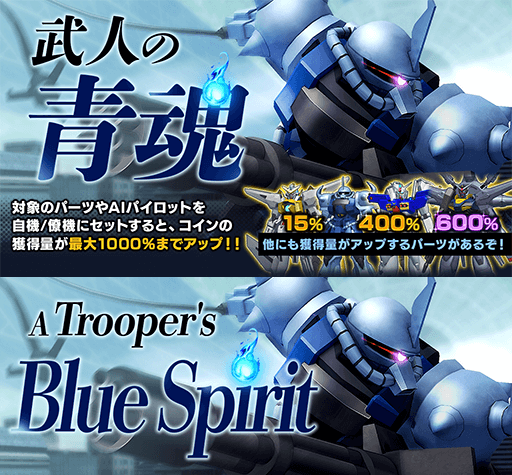 Gouf Custom is in!  This is something I know a lot of people have been wondering about, because people really love their custom grunts.  Honestly, I’m glad Gouf Custom is being limited to the Events rather than being added in as a gacha banner, and I know a lot of people think that the Event Parts aren’t even worth grabbing, but each week we see something of value from these Events.  We’re going to have a readily-obtainable Heat Rod weapon, and growth of the game in any fashion is good when it’s not paywalled.  So this is good.

Unfortunately, it looks like there was some issue with the Japanese and English notices when they were published. Namely, the Event image we had for the English notices is not translated into English, and we can see that it shows two 4* Pilots this week, but the Japanese notices list a 3* and 4* Pilot.  We’re expecting some updates to correct these small errors later, but by comparing the two we’ve been able to figure out what’s going on, and it will be corrected to a 3 and 4* Pilot respectively on both notices.

This week it doesn’t appear that we’ll have a new selection of previous Event Parts to craft, but we did see an update hit the notices last night for the Kyrios Event stating “The 3★/5★ Molds and Style Data obtainable in this Event can also be used for Blueprints of following Events.”  We could see these Parts added to Blueprints after the update, or we may have to wait a week or so to see them again.

Either way, we have confirmation that the items without designations will carry over, but the Revolution Materials will not.

We’ve got a bit of a mixed bag for Bonus Modifiers this week, as we see all of the GP units as 30% bonuses (except for GP01Fb at 400%), and a small spattering of previous Event suits as well as lower starred units. As always, the bonus is applied on a per part basis, so yes, you can equip duplicate parts across your team and they will all add their bonuses.

Bonus Modifiers Parts and Pilots are as follows:

We’ve got a pretty short list this week, but there’s a good deal of 30% bonuses to be considering when building your Gunpla for your Event runs.  I have a feeling that a lot of people are going to try and pull for Providence and Carozzo, though.

Scubasage will be sure to let you know what’s good with Gouf Custom on Thursday with the Event Part Review, so check back!

This week for Arena there’s an entry requirement of Axes, so there’s an interesting Banner for Rate-Up that has increased drop rates for Axe-type weapons.  It’s not that the banner is good or bad, but it allows people to get an Axe if they should happen to have none, which will grant entry into Arena if they would otherwise be barred.  This is a pleasantly helpful thing that is absolutely not required to pull on, and is just to enable participation.

Here’s the rate-up parts for this banner:

Chances are that if you’re desperately in need of an Axe, only a few single pulls, or a single ten-draw is going to fit your needs.  Only pull if you need an Axe!

I’ve been wondering and waiting and I’ve been an-tic-uh-pating – Providence Gundam is here and brings that meaty Dragoon backpack and Judicium Beam Rifle.  I know, I know…. “But Funnels are bad”, and I don’t disagree with this, but there’s a chance that this Dragoon System is going to be an actually relevant EX Skill rather than yet more bogus Funnels.  It doesn’t have to be a Power A Skill (though Shooters really need to be thrown a bone here), but so long as it’s competent I don’t care.  That back is sweet.

The Rifle, Arms, Head, and Back are what I am really going to be looking at when the Banner drops to see what we’ve got.  It looks like the Shield is going to be a combined Arm/Shield Part, and it’s important to note that the Providence’s insanely huge beam saber is projected from the tip of the Shield.  Another crazy melee EX Skill? Probably… The Rifle is something I hope to be another solid long-range weapon added to the Standard Pool, and the Head could be exceptional if it packs something other than Vulcans.  Keep your eyes on this one, everybody.

Hot on the heels of all of the other Stardust Memory releases we’ve had is GP01 Zephyranthes Full-Burnen – the upgraded GP01.  Man, someone in the dev team loves these things.  There’s no armaments added to this suit in the Banner, so it’s likely if it has anything of note it may be on the Back itself, or may have a strong lean into Part Traits instead of EX Skills.  In canon, the suit is designed for enhanced space mobility so it is potentially an S type attribute, but it’s really hard to tell what may be included without any weapons or Shields.  It’s a mystery.

AetherRose is gonna give us the low-down either way, so check out his Should You Pull article after the Banner drop!

WHO ARE THESE GUYS?! CAROZZO RONAH AND CHLOE CROCE?!

Honestly they could’ve just listed Carozzo Ronah as Iron Mask and I would’ve been totally fine.  Either way, this bad mamma jamma is dropping into the Pilot Banner this week, and we’ve seen him before!  From early images, we saw Carozzo typed as a Defender and got an early glimpse at could-be stats before today, so it may finally be time to break this In/Out-Fighter train!

Carozzo hails from the Gundam F91 universe, and doesn’t actually pilot a Mobile Suit, as far as I know.  He piloted a huge Mobile Armor, that I doubt we’ll see as a selection of Parts in game (raid maybe?), so this just tells us we’re likely to see other Pilots that never actually piloted a Mobile Suit in canon lore.

Chloe Croce is rounding out our 3* Pilot this week though, and actually piloted Pale Rider in Mobile Suit Gundam Side Story: Missing Link.  The last few 3* pilots have been surprisingly better than most that we’ve had released, so I hope she comes in as a fair mid-grade at the very least. From previous images we saw that actually contained a shot of her stat sheet, we saw that early on she was classed as a Middle Shooter, so it is reasonable to suspect this may still be the case.

That’s all for the Events this week!  I’m expecting the Holiday season to be unseasonably hot, so be sure to keep updated with our weekly reads!

I’d like to mention that we (some prominent members of the GBGW community and GP writers) have a Discord server that you can find here, and we’re hosting a Gunpla Design Contest with a prize of $10 USD that will be delivered later on in the month.  We keep all of the published content displayed prominently for the community and are simply around to have a relaxed hangout where you can find all you need regarding GBGW.

There’s only 5 more days left for entries in the contest, so get in there quick!

Catch you next week!

Feel free to shoot him a line at "Dazed Mika#6174" on Discord or drop by the Newtype Labs Discord Server.