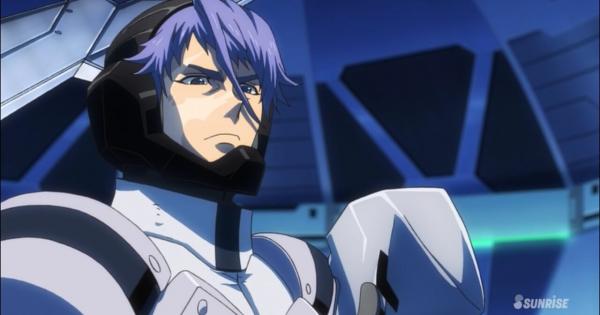 Welcome back to the Weekly Event Digest, all you crazy Pilots! We've got some more hot news this week, kicking off with the inclusion of Shining Gundam and Barbatos 4th and rounding out with the super sick Crossbone X1 up for grabs in this week's event!  On top of that, we have Beginning 30 and Astaroth in capsules with Gaelio Bauduin and Lila Milla Rira for Pilots.  We're moving fast into the Holiday weeks, so strap in and get ready for some cool stuff!

You just know that we're going to get some more juice as we near the year's end, so keep an eye on us and we'll keep you covered!

This is a bit of a mixed bag for me, honestly.  Truth be told, I don't mind the Event suits so much because we've had so many of these come packed with some high tiered Parts that end up being readily available for everyone.  The only real issue with the Event suits is the stats that they come strapped with,  as they tend to be on the average/low side coughGouf Customcough but then again... Everyone gets the super sweet looks of Crossbone.

From the Event Bonus list, we can see that along with the standard Parts, we're getting the ABC Cloak, Zanbuster, and Beam Zanba.  I am unsure what slot the ABC Cloak will take, but I'm leaning into one of two things: the Back, or maybe the Shield.  Crossbone doesn't actually use a Shield, and it would be an interesting route to take to use the Shield slot for something like  alternative Parts.  We can see in that Event banner image that the Cloak is draped over the suit, but that could even just be attached to another Part... I just doubt it.

Fun fact, I actually purchased an MG Crossbone Full Cloth over the summer, and at first I was sort of lukewarm on the kit itself... but after building and painting it, it quickly became one of my favorite kits that I've ever done.  I can't wait to add this sort of aesthetic into my kits in-game, and I am really hoping that the Zanbuster is as intimidating in-game as it is in canon lore.  And really, we can't go wrong with any beam cutlasses here; it's a freaking pirate Gundam.  So cool.

We're moving back into a Card-drop Event this week, complete with a side story and items to craft in the Blueprint store.  Remember that the best stages to farm for A and B Cards tend to be in the 35 and 45en range, so zero in there if you want Cards.  Now on to the bonuses!

Yikes. Not a lot of bonuses this week, but there's two welcome additions in Seabrook Arno in Pilots, and F91 in Parts.  I know a lot of people have gone quite ham over the course of the three F91 Events we've gotten, so this is going to give a lot of people a stable point for bonuses.  Additionally, Seabrook has been considered one of the best shooters in the game, and a lot of people have him, from my experiences  due to how long he's been available.

At the very least, Crossbone X1 comes packed with plenty of parts to round out bonuses for any players that aren't pulling on the Featured Part Banner, and that's only if you have absolutely nothing else.

We'll see a review for Crossbone X1 on Thursday from Scubasage, so stay tuned.

I'm loving the selections for these.  When they were first released we got some gifts in Event Bonuses with the Rate-Up Banners, but I guess we can't do that all the time. However, much like the Exia/Dynames Banner, this comes packed with great Parts to pick up, as well as a few highly exceptional ones with a higher-than-normal rate over other Parts.  If you're lacking in some melee love, this is a Rate-Up Banner you just might want to consider burning red like the East!

Astaroth, you beastly-looking, sword-swinging, asymmetrical beauty.  We've got a little more Iron-Blooded Orphans love this week with Astaroth swinging in, and it comes with three weapons.   Additionally, I'm sure we're going to see something like an EX Skill on the Back with the Demolition Knife.  While this weapon is called a knife, it's really a great big extending sword... And it's in the Gacha too!

Along with the Demolition Knife, we're going to get the standard Beam Rifle, and the Anti-Material Rifle!  This rifle is huuuuuuge and stands taller than the Gundam itself.  The asymmetrical kit itself is going to be an interesting look to give your suits, and as far as stats go, this has a chance to be another melee powerhouse, and could very well boast our fifth Arm Part with melee stats over 3,000.  I hope the tags are suited for the task!

Beginning 30 Gundam has both a terrible name and a terrible look, personally. I feel it looks as though it were slightly melted, hammered out of shape and painted in the dark.  From what I've seen, though, we had a sort-of-preview of a potential EX Skill on the kit - someone let an enemy Beginning 30 that was found in the new stages to fire off a cinematic EX Skill against them.  Judging from the attack, it's very possible the EX Skill comes from the back, and has the potential to be a Power A skill based on the cinematic nature of the Skill.

I'm not saying there will be a Power A Skill, I'm saying it's possible.  It could very well be a cinematic ranged melee EX Skill similar to Strike Punisher, which would indeed have a chance to put it in the higher tier of melee EX Skills.  We're gonna find out Tuesday, so there isn't much time to wait and speculate!

AetherRose is gonna swing in with the Should You Pull to give you the skinny about these two after the Banner drops, and I'm sure he's gonna hate how Beginning 30 looks too.  I'm sorry, it just looks bad.

WHO ARE THESE GUYS?! GAELIO BAUDUIN AND LILA MILLA RIRA?!

Gaelio Bauduin, the Pilot of Gundam Vidar from Iron-Blooded Orphans, is definitely on the menu for our Pilot Banner this week.  We have yet to see the Vidar itself, but just about any Pilot is going to be better than Iron Mask from last week (lord willing).  I'm pretty suspect here, however, as I'm sure that this Pilot is going to just be another In/Out-Fighter in the barrel.  I have hopes for something else, but I really don't see him being anything else other than a Defender, and he absolutely won't fit into Supporter.

Yet another Mobile Suit Zeta Gundam Pilot shores up that 3* slot this week with Lila Milla Rira (what a name).  Last week, our 3* was easily better than the 4* in my eyes, unless we eventually get a viable tank role, but hopefully this week, both of our Pilots will be decent.  Honestly, I don't expect much from Lila, with the fact that the strongest suit she ever piloted seems to have been the Galbaldy Beta, which was slightly stronger than a Gelgoog, as I understand.  But hey, things have been crazier before.

That's all we've got this week, everyone!  Be sure to drop by our content-enriched GBGW Discord Server at this link here to check out all the awesome Gunpla built in-game by our monthly contest contestants, and just to chat about and enjoy this great game!