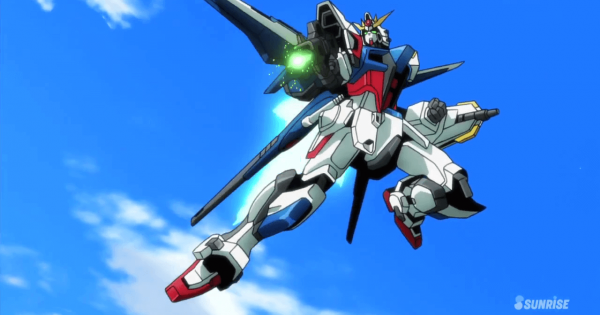 Welcome back to the Weekly Event Digest, everyone!  There's been a great deal of speculation surrounding Kabakali since we saw it briefly in-game listed under the Achievement tabs, only for it to be subsequently removed.  I know this is a major fan favorite, and it comes as a super welcome addition, if only for just how awesome it looks and that incredibly edgy paint job.

That's not all!  We're seeing both Build Strike Gundam [Full Package] and Zeong hitting the game, and that's actually an interesting pair.  The Build Strike is from the Gundam Build Fighters anime, and the Zeong has no legs, but both could bring some heat to the mix.

NEW EVENT: GUARDIAN OF THE KUNTALA 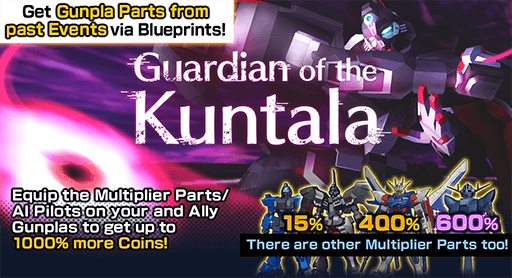 A few weeks ago, we saw Kabakali leaked across several inactive Event Achievements which listed the Parts as rewards.  Back then we didn't actually have an Event name, and the Parts were removed as well as the Achievements as soon as Bandai figured out what had happened.  Because of that, we had no idea when we'd see this kit.

That time is now!  Kabakali hits the game this week, and I know there's a lot of people that have wondered when it'd happen.  Honestly, I'm more excited about the paint we're going to get once we finish the collection, because I have yet to complete Code Phi.

Beyond any of that, though, I did manage to scoop up a series of screenshots of the main Parts of Kabakali before the Achievements were ripped down. 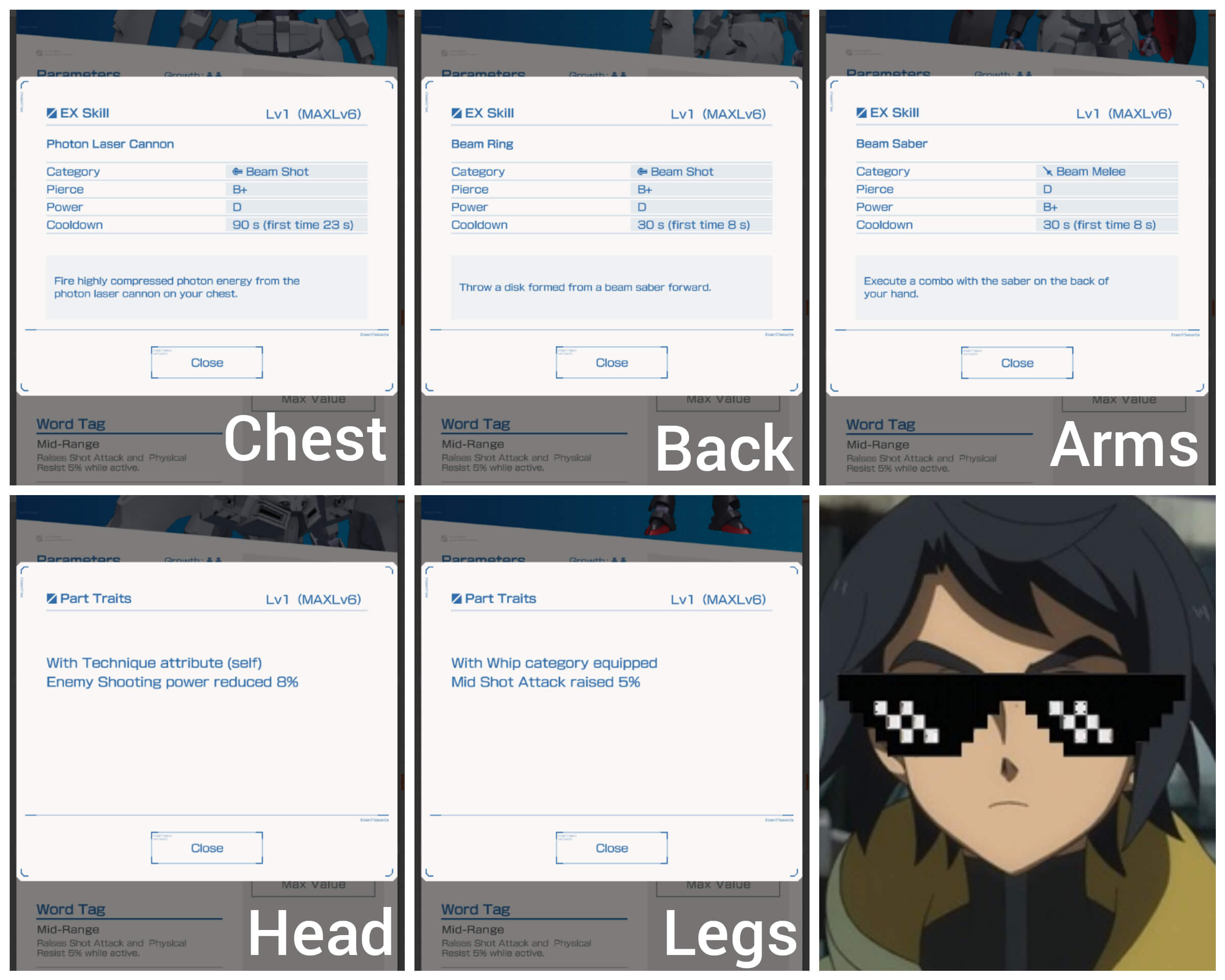 Sadly I didn't get any shots of the stats at max, nor the max values of the EX Skills or Traits, but it at least gives us an idea of what's coming up for these Parts.

Coming off the crazy amounts of bonuses from theese last two weeks of Sokai Events, it's hard seeing the small amount we have this time... But at least Akatsuki is on there with Neo Roanoke as 30% bonuses, and everyone should have some of that.

As usual, bonuses are applied on a per-part basis, so you can use multiples across several squad members.

It's a pretty short list, but the gift of Akatsuki can't be really ignored, because every player should be carrying around some of it with them.  Or at least I hope so.  I know a lot of people have readily recycled it in order to try and complete the collection for some sweet gold paint, though.

Scubasage is going to let you know Thursday if these parts are worth the coin with the I, so check back for it!

I'm gonna be real here and say that I didn't even consider wanting Build Strike [Full Package] in the game, but it looks great.  The Back from Build Strike could be something exciting if it's a new high-Power EX Skill for range (Power A, dare I say?) like Beginning 30 was, but with hopefully better range.  Though I don't doubt the Head will have Vulcans.

Either way, the BS [Full Package] is an extremely high-powered Gundam in the anime, and I really don't want to think of it as being disappointing this Tuesday.

The real surprise player this week is Zeong, and the fact that we're going to be playing around with a kit that has no Legs.  I'm really positive that if the Legs aren't themselves a standalone thruster Part that we can equip to any suit, the Zeong will feature a combined chest and legs like Bearguy.

That could be really cool or really awkward, but I'm expecting some nasty finger beams from this floating disaster at the very least.

AetherRose is going to tell you what's what on Tuesday with his Should You Pull article though; count on it.

WHO ARE THESE GUYS?! USO EWIN AND JEAN-LUC DUVAL?!

Uso Ewin, the 13-year old pilot for Victory and Victory 2, comes crashing in as our 4* Pilot this week.  I wasn't really expecting to see him at what I feel is still a pretty early mark, but here he is.  At least we've got him in his Pilot get-up instead of that backwards cap; it only makes him look his age. Maybe having him hit the standard pool means Victory 2 is coming?  That would be pretty killer.

As usual it's anyone's guess for what License they gave him, with the choices seeming stranger and stranger if not In/Out-Fighter.  And let's just call a spade a spade - Uso may very likely be a new Out-Fighter, but at least we need some more good ones.

Jean-Luc Duval, a Zeon officer from the Mobile Suit Gundam MS IGLOO, is screeching to a halt as this week's 3*.  Gotta say though, that this is a weird one and somewhat obscure for most people, with the strongest suit piloted being the Zudah.  I don't really expect too much from him, but watch him be more of a melee focus with Uso actually shooting...

Unfortunately, despite waiting to see if we got any additional notices, we don't have any clarity on what this Banner is going to entail.  Suffice to say that Bandai is likely seeking to give incentive to new players for downloading the game.

This is really normal behavior for developers and games like this, and there's even a good chance that current, veteran players will also see the benefits at the time it is implemented. Nothing is really off the table.

The appeal of a single ticket as the cost of a 10x draw is fairly large, though, and people are going to want to know what's going on.  Most likely thing is that we'll see an announcement about it on Tuesday/Wednesday when the Update goes live.

That's all we've got this time though, everyone!  Be sure to drop by the GBGW - Newtype Labs discord server and show your builds off, or just hang out!