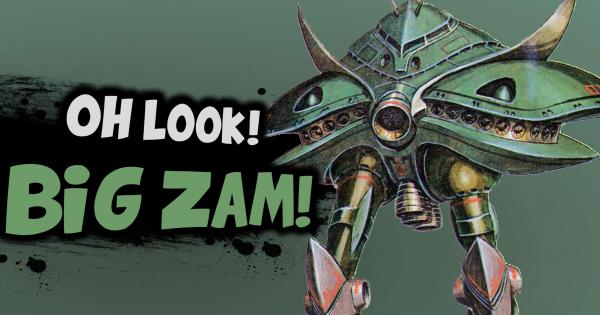 Here I was, thinking we were all set on awesome news.  Wrong!  We had a huge leak with some unreal info today, and it's just too exciting to wait until Sunday to go over it all.  Not only are we getting some awesome events, but we've got some much-needed Quality of Life improvements, as well as bug fixes, so we're going to dive into that first.

The first thing that needs to be noted here is that everything is going to go live after a period of scheduled maintenance.  I know, I know!  We've had some rough spots with maintenance before, but Bandai has never failed to make good to the players affected.  Maintenance is scheduled for 10/15/2019 6:00pm - 10/16 1:00 AM (PDT) and is subject to change.  Again, once maintenance ends, the Events will go live, and the following things will also be added to the game -

That's right, we will now have a daily free pull from the Standard AI Pilot Capsule.  That is some unbelievably huge news, and should especially help in being able to get some great Pilots.  It's always been somewhat tough to split resources between Parts and Pilots, with Standard Capsule Tickets generally being only spent for Pilots at all, which Haro Chips go to Parts.  Additionally, all free pulls will be set to a timer that resets at the same time every day, rather than depending on when you actually make your draw.

We've been waiting patiently for this next one, and not much really needs to be said about it.  200 more inventory slots for Parts is going to matter with the need to collect white Parts for Gear.  The rest of these quality of life improvements are sort of small and definitely something that should have likely already been the case.  Photo sharing to social networks, though, is just going to be fun.

Following this, they've explained bug fixes that will be applied during this maintenance period, and are very cut-and-dried -

​​​​​​​​​​​​​​    Ahh yes, the notorious "other minor bugs" fix that we never really know the details of.  A few of the of these bugs listed are already minor, but some actually affect the usability of the game on some devices, so it's great to see that Bandai is going to correct a lot of these.  So, without further stalling... Onto the leaks! 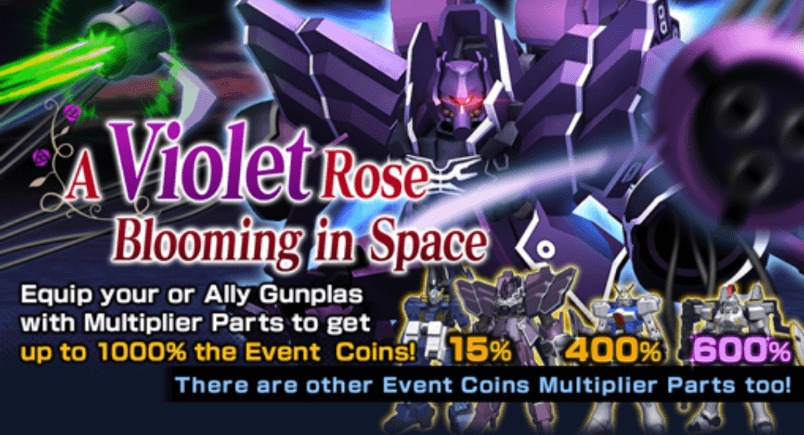 Neat title, huh?  This Event has got me really pumped, mainly because I really enjoyed Gundam Unicorn, but it may also be because the Rozen Zulu has gatling gun arms.  Gatling. Gun. Arms.  Let that sink in for a second, and remember that we had a notice awhile back referring to a new Part type being added that is exactly this.  This is going to be way too cool, and paves the way for Heavy Arms in future updates.  But enough about gun arms...

This time around we're going to see a 1000% Event modifier cap increase.  Yes, we're going to into an event that is going to allow an even more exponential amount of Event Coins can be obtained by stacking modifiers from a selection of suits, and from the Featured Banner suits we'll have this time around.  We do not have any information regarding the "other multipliers", and everything else is as we've seen in any Event prior to this.  It looks like Bandai is settling on their routine Event structure, and that's some really good news that doesn't get talked about enough.

I know there's a group of you out there that is screaming about Chang Wufei entering the game as a 4* Pilot.  Don't deny it; you know it to be true!  I'm excited too, because now we have both the Pilot and the Shenlong Gundam in game, and this could actually be a Pilot to rival Sai Saichi in the Out-Fighter department.  BUT!  There's a chance, just a chance, that Wufei could be an impressive Supporter that really can maximize the full potential of an extremely strong buff from Shenlong: Armed Aura.  We'll see, come Tuesday, but this is some definite fan service.

The 3* Pilot this time is Emma Sheen!  She's yet another Pilot from the Mobile Suit Gundam Zeta universe, as if we didn't have a load of them already.  Not to worry, as we do need some more good Pilots in the 3* department, so we may actually get a great Pilot banner this time.  Here's hoping, right?

Oh boy. Oh boy. Oh boy.  This is a banner I can really get behind, here.  I am a HUGE Tallgeese fan, and we've got the original entering as a 4*, unlike the Tallgeese II that appeared in a recent event.  This is a huge fan favorite from Mobile Suit Gundam Wing, that a lot of players have been downright screaming about since this game debuted.  I am hoping we get some good assortment of Parts out of Tallgeese, like maybe another Ex Skill with a Power ranking of "A".  Let's hope, but regardless, this is too awesome.

Victory Gundam is the second suit here, and that just increases the awesome factor.  Victory Gundam is the main mobile suit from the Mobile Suit Gundam Victory anime, and is just a sleek, very much traditional Gundam appearance.  However, in the anime, the Gundam was equipped with a flight system that allowed it to remain airborne for extended periods of time, and had amazing maneuvering capabilities.  This could be one super cool suit, and it could have a pretty impressive Back Part based on that concept of the flight system.  Excited? You know I am.

This is it!  THIS IS IT!  The Big Zam Beta appears to be coming to the game this Tuesday!  I am so excited for 4-man Co-Op that I can't even contain myself right now.  We're going to finally get in and see how things are structured, what compositions of Job Licenses work well together, and specific builds that many of us have only been dreaming of being able to finally test.  It's gonna be great.   I know we don't have any information aside from IT'S HERE, but that's big enough in itself.... Almost as big as Big Zam!

Events will be going live October 16th after maintenance closes, so get ready!