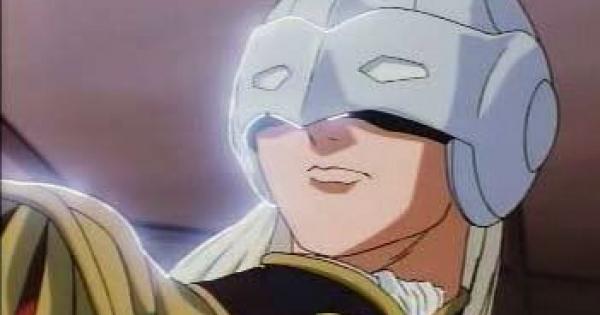 Welcome back to the Weekly Event Digest, Pilots!  This week we’ve got some spicy news for you; Event Capsules and Capsule Medals are making a comeback!  The third Gundam featured from Stardust Memory, and the melee-monster Marsfour are available in the Pick Up Banner, and Zechs and Noin have finally shown their faces!  To top that off, the Jagd Doga; a psychoframe-infused Mobile Suit, has been added as this week’s farmable event.  We’ve got bonus Part information, so let’s dive right in! 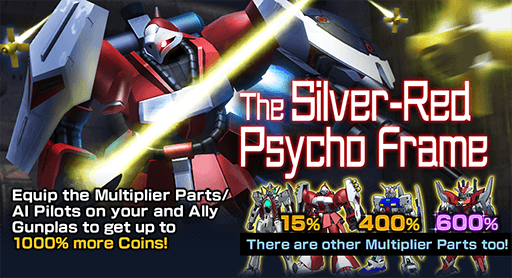 Whoever is the mind behind these titles: keep doing what you’re doing.  This is an interesting one, folks, because this is a Mobile Suit developed from a straight-out grunt unit which exceeded it immensely.  The difference was so great that this suit’s only better amid the Neo Zeon army is Char’s Sazabi.  The Mobile Suit has a psychoframe cockpit meant to be utilized by Newtype pilots in particular, and the even includes Funnels, a gatling gun, and triple missile pods behind the shields mounted on the shoulders.  This thing is a beast and I am hopeful we’re going to see a spread of great parts this time around.  I know; I always hope for that.

We’ve got the information regarding bonus Parts too, and this week is going to capitalize more on using Pilots as modifier Parts, which is a great move.  The list is going to be pretty long this time, and even includes such things as the RX-78 “Gundam” and Nu Gundam as modifiers, which was definitely unexpected.  Again, I would like to remind everyone that the bonuses are applied per part, on all of your three squad members, to a maximum value of 1000%.

Because of this length, we’re going to list them a little differently and put Parts with Parts and Pilots with Pilots in ascending order based on amount of bonus added, and I will try to condense them as much as possible.

Bonus modifiers are as follows:

PHEW. That was quite a list, and should give free-to-play players quite a selection of parts and pilots that they can use to maximize their bonuses.  But wait, there’s more! 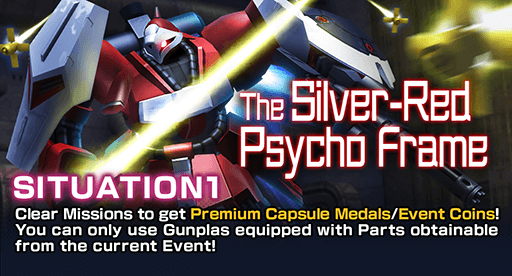 This week marks the return of the Capsule Event Banner, which requires you to obtain Capsule Medals from the Event Missions to spend for 1x or 10x Part draws from a unique limited banner.  Last banner was F91 and Buster Gundam, so what will we see this time?  Sazabi?  Hi Nu Gundam?  Maybe something else that isn’t thematic to the current Event, but may be a fan favorite like Sinanju or something like that. Something of note is that the Capsule Medals are only mentioned among the Situation banners, which are making a return this week.  At this time we do not know if you can only earn Capsule Medals from Situation Missions, or across the entire Event (it's likely the entire Event, but until tomorrow we don't know).

Remember, Situation Missions are temporary, and will close at the specified time on the Situation banner.  Please don't forget to complete your missions before the expire, if you're meaning to!

Okay, so I called Earthree as being something awesome, and personally, that banner was a giant disappointment on all things Earthree. But this… THIS is something that I’m excited about, and I’ve got some reasons.  Marsfour Gundam, from the new Gundam Build Divers: Re:Rise is all about the melee motif, and this bad mamma jamma actually comes with TWO melee weapons in the banner list: Heat Rev Sword and Slash Blade.

Why I’m really excited now, is that Slash Blade is something I hope is going to be our very first natural 4* dual wield melee weapon, because Marsfour wields dual Slash Blades in the anime.  Additionally, the Heat Rev Sword is what I believe to be the massive red and black two-handed blade that Marsfour swings around like a monster.  I know we get a lot of melee Part love… but how can you not be excited for a Gundam that is entirely focused on it with some potentially unique parts?  A natural 4* dual wield melee weapon would be big, and what’s more is you can select at the end of the month with [002] Premium Materials.

What’s more is we’re getting my personal favorite from the Stardust Memory: GP03 [Stamen].  Not only does the overall aesthetic just flat-out rock, here… it comes packing the Folding Bazooka and Folding Shield, and we all know my love for Shields and Zooks.  If the Folding Bazooka comes equipped with a Power A EX Skill, we may actually see a Zook that rivales New Hyper Bazooka, and would push the Atomic Bazooka to the “third best Zook” spot.  Shields?  SHIELDS.  We need more Shields, and the last few have been really bland (NOT COUNTING UNICORN).. so let’s cross our fingers together, and hope this one takes the cake.

WHO ARE THESE GUYS? ZECHS MERQUISE AND LUCREZIA NOIN?

Yeaaaaaaah buddy; the man, the myth, the legend: Zechs Merquise has finally shown his face (No he hasn’t; that’s a mask).  Zechs is our 4* Pilot entry this week, and who are we kidding? This is going to be an In-Fighter that just misses the mark, because Bandai hates my soul.  But really, I can actually see this being a good Defender that actually pushes the buck with synergy and stats – it’s Zechs Merquise, the pilot of Tallgeese and Epyon, the master of disaster himself!  Gimme a win here Bandai, and either give us a great addition to a mildly supported License, or give us a missing tool in our roster of Pilots.

Bringing up the rear is Zechs’ on-again-off-again girlfriend, Lucrezia Noin!  Noin is a crack pilot that has tangled with the Gundams on numerous occasions, and all of our recent 3* Pilots have had the most inconsistent array of stats and Tags/Traits that it just isn’t funny.  Our 3* Pilot slot is not a joke, Bandai; you should be ashamed -- If Noin is going to be 3*, at least give her a stable Shooter synergy or something to make her mildly relevant, beyond shooter with melee stats, or melee with shooter stats, or no stats.  Actually, no, do that; give her a spread of zero stats and watch the sparks fly.   The ball’s in your court, Bandai. :D

That’s all we’ve got for you this week, Pilots!  Check back tomorrow for the always-anticipated Should You Pull article featuring our new standard banner, brought to you by the one-and-only AetherRose!