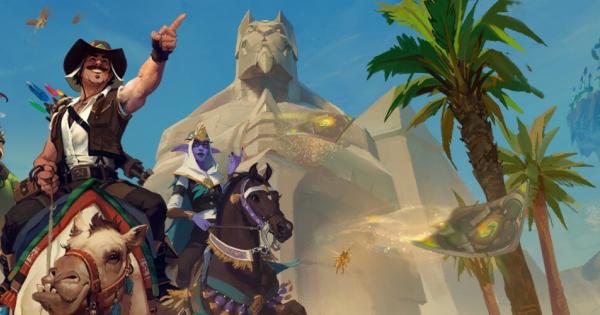 World of Warcraft Classic has been on fire lately. Many of us video gamers have lost friends and family to the grand resurrection of Azeroth, and some may not see the light of day for another three months -- or until the volcanic magma of Blackrock Mountain takes them. But while some are saving Azeroth in WoW classic, others are excited for the new campaign mode in Hearthstone

The Tombs of Terror are now open, and as sequels go -- this one looks pretty good. What better way to continue a story that included stealing the flying city of Dalaran than with an Indiana Jones style narrative and a bunch of cool new features?

It's called the Tombs of Terror and it looks pretty cool. Check out the official trailer below:

Features of Tombs of Terror

Well, the short version includes a bunch of new bosses, some dual class options for character cards and a lot of epic quest rewards, but here's what Blizzard has to say on the matter in their recent press release:

Plague Lords - These larger-than-life monstrosities have gigantic persistent health pools. So, while you might not best them on your first attempt, you’ll pick up where you left off on the next run!

Dual-Class Heroes - Choose a Hero and be able to draft cards from TWO classes, along with new Hero Powers and Treasures.

Powerful Signature Treasures - Unlocked by completing challenges and bosses during your runs, your pack will fill out with tons of magical loot and powerful cards as you progress through the Tombs of Terror.

So yep, plague lords, bosses, and epic rewards oh my!

But what is pretty cool about the Tombs of Terror is that the chapters are being slow released. Adventure chapters 1 and 2 were released yesterday, with chapter 3 coming on September 24th, and chapter 4 and the grand finale being released October 1st. It's a nice way to handle a game like Hearthstone, giving people something to look forward to for a month long slow rollout of new content.

Say what you will about Blizzard, but most mobile games could seriously take a page out of their book in terms of making an audience happy and providing consistently good content updates with strong marketing campaigns and solid community involvement.

Blizzard does all of those things well.

You can check out some of our other hearthstone content below or download the app in the iOS and Android store to try it out for yourself.