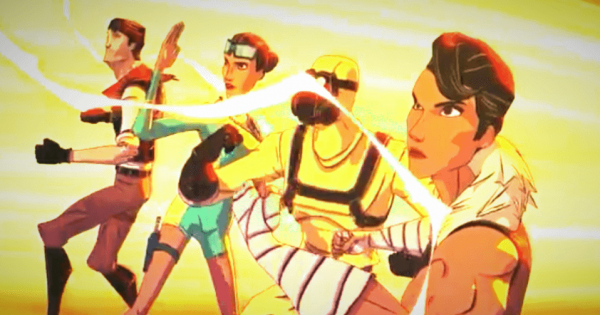 I don't know if all the game developers working on Apple Arcade decided to get together and discuss all the games they were working on, and how they should look and feel, but the aesthetics of the entire experience is surprisingly excellent.

For one, each game I've tried out so far on Apple Arcade opens with a really cool cutscene style introduction. Often the stylistic choices in these intros set the tone for the game itself.

And for another, the gameplay of each game is also surprisingly difficult. I was expecting transparent left and right joysticks with some buttons on the bottom of my phone for every game, and I'm really intrigued to find a ton of swiping, AR-style movement that tracks which direction you're facing, and interesting takes on controls in general.

Hot Lava is a great example of this.

What you can see from the trailer is a really cool high-concept idea.

We've all played "hot lava" as kids. Imagine the floor is lava and try to crawl across couches and chairs and tables to not touch the floor. Some of us liked the game so much we decided to grow up the game and call it things like Parkour or Freestyle Running (because let's be honest, that was just a great excuse to get creative and play hot lava as adults or teenagers).

The game developers have given the story a narrative -- an evil scientist turns the world's floors to lava and you must find a way to get to him and take him down. He also drank a crazy serum to make himself some form of lava monster.

But the gameplay itself is what surprised me the most. Rather than sticking to conventional joystick controls, Hot Lava actually allows you to spin in your chair or where you stand to direct the main character as you leap from object to object -- IN ADDITION to being able to swipe left/right to adjust your horizontal position.

It was shocking how challenging and entertaining this game was to play. Which is not what I expected out of Apple Arcade honestly. I expected some cool games, sure, but not innovative takes on controls, challenging gameplay mechanics, cool cutscenes, and truly well developed games.

If you haven't yet downloaded iOS 13 and started checking out Apple Arcade, Hot Lava and Spidersaurus are really strong places to start.

Stay tuned as we continue to review various games throughout the week and put together a tier list of some of the strongest titles on Apple Arcade.