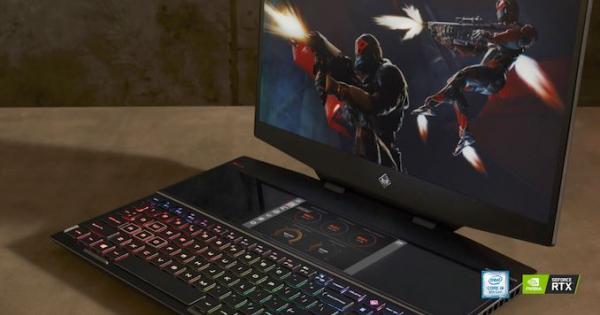 Back in August, we at GamePress had the wonderful opportunity to attend a press showcase for the new lineup of HP gaming desktops, laptops, and monitors.

A little over a month later, I'm sitting in front of the Omen X2S Gaming Laptop and couldn't be more thrilled with this thing. 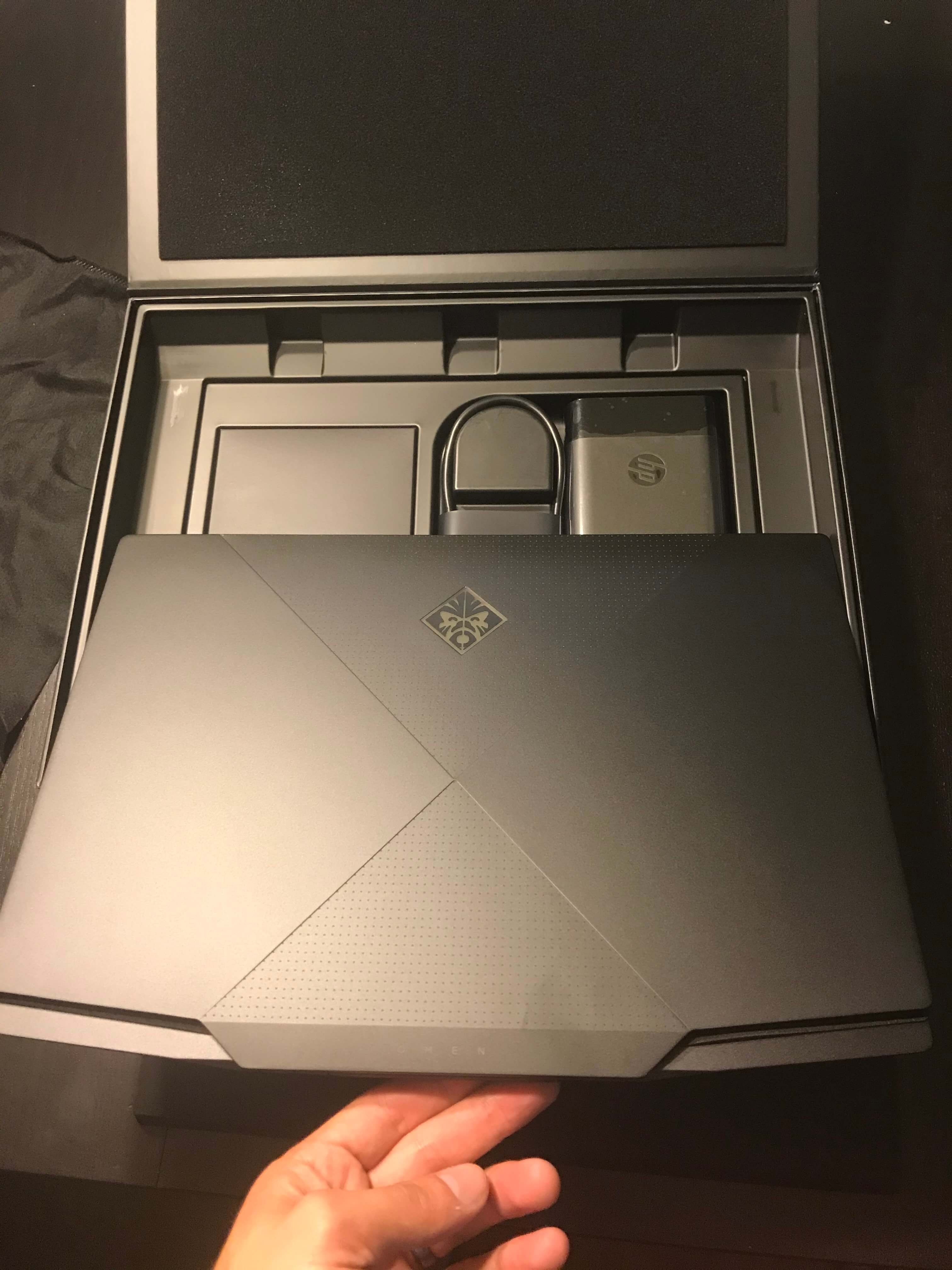 But the specs alone aren't what makes this thing great.

While Dual Screened laptops aren't particularly new, and HP isn't the first to create one, doing so on a laptop geared towards gaming is unique. And while my gut told me the dual screens wouldn't really be that useful (based on the videos focusing on Discord, Spotify, and highlighting a portion of a game screen like a minimap while playing), I can honestly say I'm impressed with how this one functions.

What I thought would be a small gimmicky touch screen with dedicated software ended up being a fully functional second monitor. And for someone who is used to two screens for work, it's incredibly useful to have in one package.

I've got excel spreadsheets up on the smaller screen while checking reporting or writing articles, I've used it for youtube videos while playing The Witcher 3 to help me figure out how to navigate a challenging portion of the game, and I've even used it to watch my chat feed on a stream while playing.

The dual screen isn't all good, of course. It is a bit small (around the size of a cell phone) and it does sometimes pose other challenges. It took me a while to get Steam to stop loading my game on the secondary monitor over the primary one, but viewing system stats while I'm doing pretty much anything (including CPU and GPU temperature, current in-use RAM, and up/down speed) has proven to be incredibly useful. 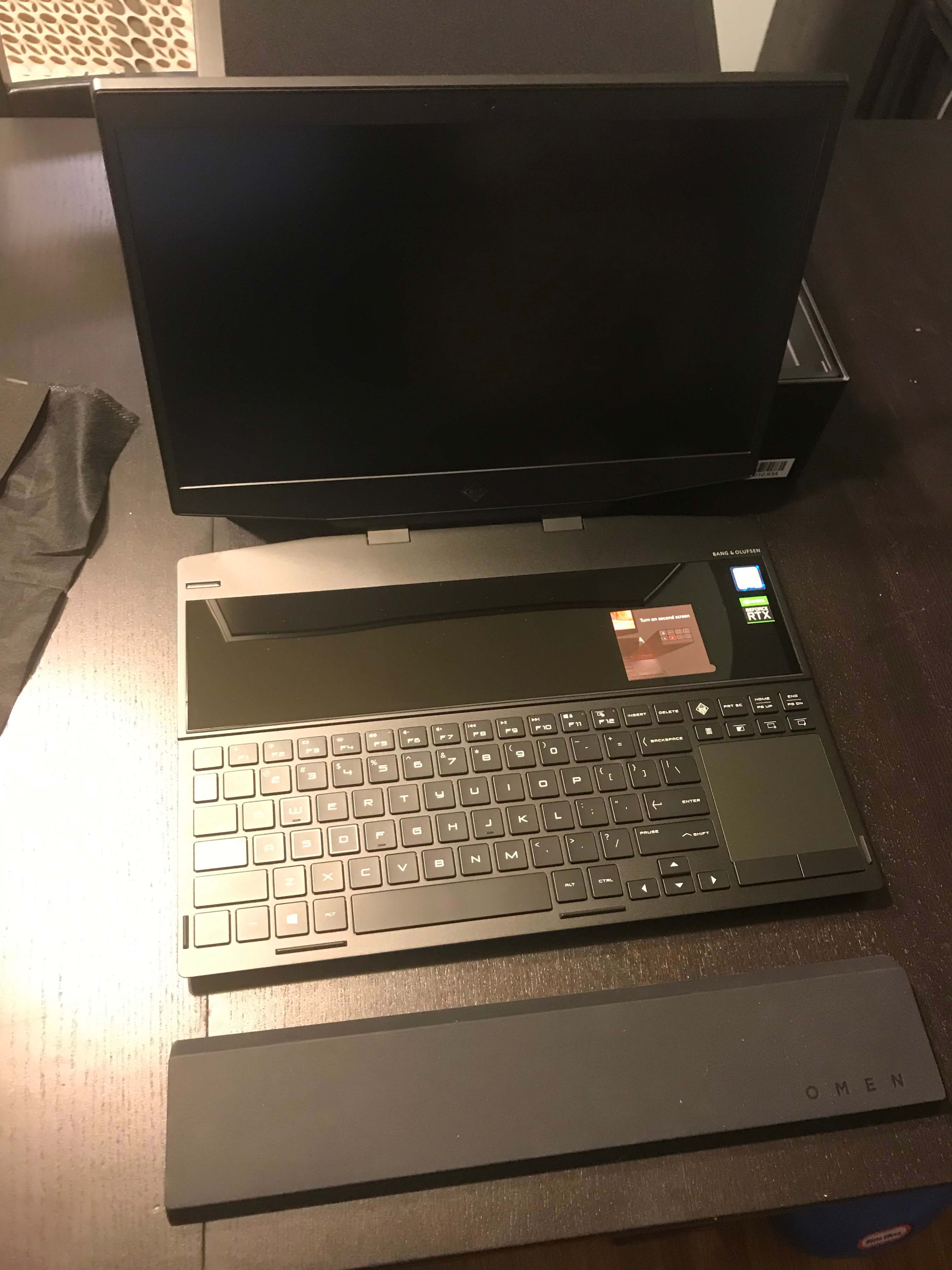 Still, the usefulness of two screens really did surprise me.

I'm no expert on overclocking, but so far the Omen X2S has run everything I've thrown at it on the max settings in ways that truly blow my mind. And while i'm not out there playing League of Legends or anything hyper competitive (unless you call World of Warcraft hyper competitive), it's been really impressive to see how crisp the display is, how responsive the gameplay, and how smooth it all feels.

My previous laptop, a 17 inch monster gaming laptop from Samsung that lasted about 8 years now, weighed roughly 3x as much as this thing. So while a 5 lb 15 inch machine may sound pretty heavy, I've felt it was pretty lightweight compared to what I'm used to.

And the dedicated graphics make a huge difference. 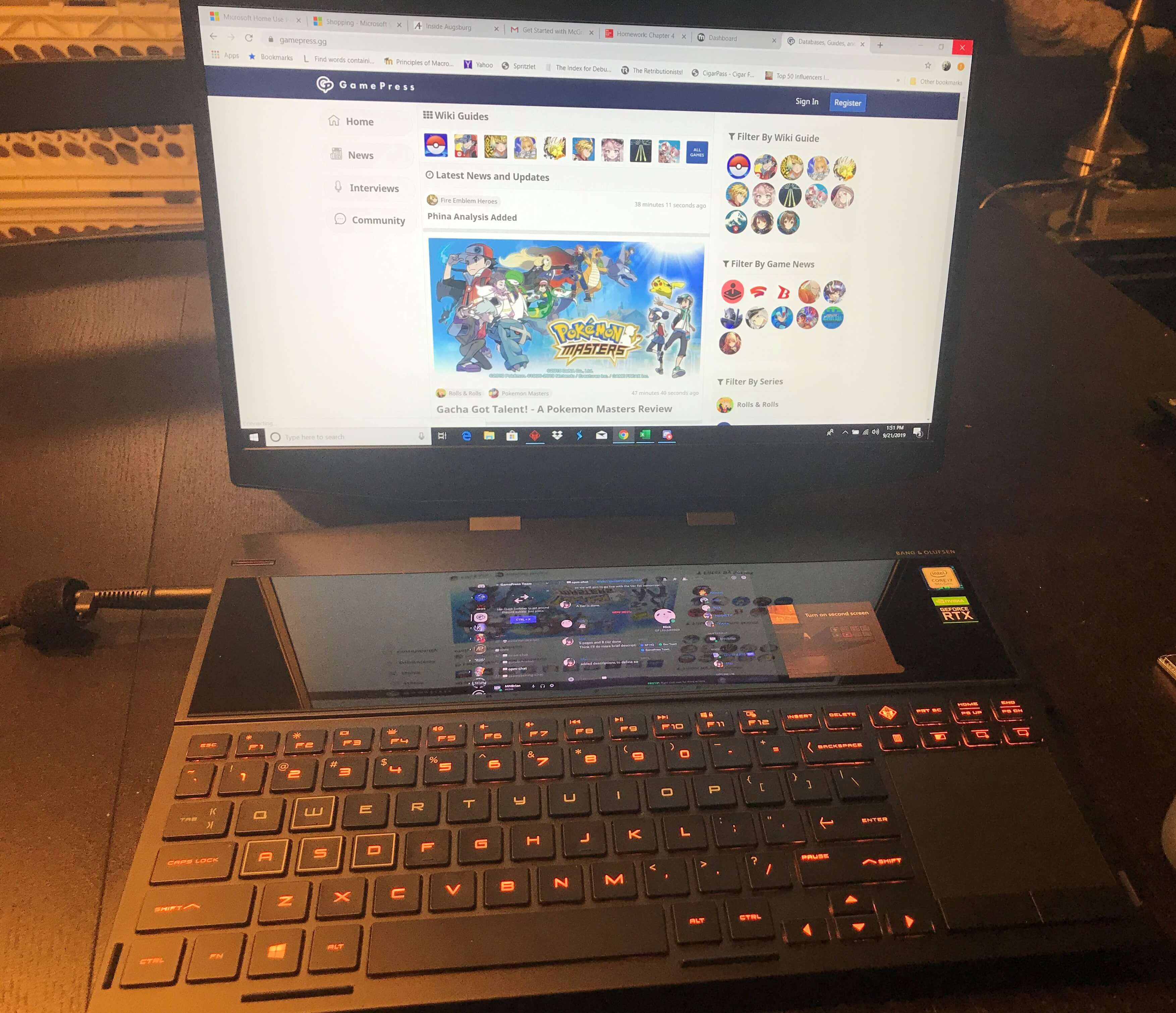 The other really cool feature on the X2S is the new Omen Command Center. It acts as your central hub for gaming and drives the system vitals I mentioned earlier.

We wrote up a review on all the cool features of the Omen Command Center (linked below) so I'll spare you the details for now, but it proved to live up to expectations (although I have yet to try any of the game coaching being that I don't presently play League).

Still, it's the little things, the attention to detail, that actually excited me about this thing. The Omen Logo on the back lights up, and you can choose the LED color from a wide array of options. And that's just one example. HP really did take to heart some of the reviews received for the older model (the Omen X) and made a variety of really nice design and quality of life improvements to it.

It's not all roses for the Omen X2S. It would've been nice to see a larger battery with more cells (the 6 cell battery it contains only really keeps the laptop alive for a good 4-6 hours before needing a charge) but this isn't exactly a design element foreign to gaming laptops that tend to be plugged in constantly to run high performance games. And it would be nice to see more of the space above the keyboard utilized -- though having that entire space be  a second monitor would feel clumsy and a bit weird.

Still, even with some minor qualms, it took me no time to pick up on the right-aligned track pad and the dual monitor is worth the changeup to the keyboard layout. And of course, the performance has been nothing but impressive.

Overall I'd highly recommend the Omen X2S to anyone in the market for a gaming laptop. You can check out the full specs on HP's website by hitting the button below: