I Love You, Colonel Sanders! Is Par For The Course For Branded Content 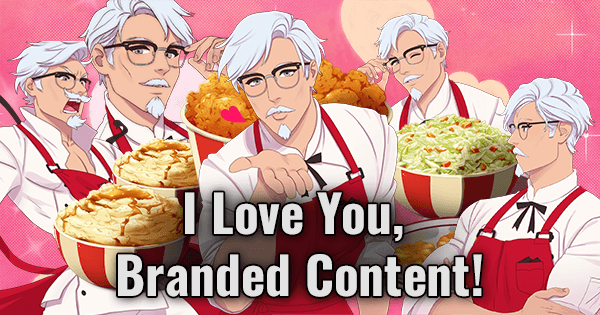 It never ceases to amaze what brands are willing to do to seem relatable and appeal to a wider audience. I mean, brand-based video games are nothing new; I’m sure we are all at least somewhat familiar with Avoid the Noid, Cool Spot, or *shudders* Pepsiman.

A branded dating game is definitely an interesting choice and one we haven’t really seen before but I don’t think we should be as surprised as we are--considering what other fast food brands have been doing on Twitter for the last couple of years.

Lately, brands try to appeal to younger generations on twitter through memes, clever snark, and seeming less like a faceless brand, and more like a friend. It makes sense that this has been somewhat successful, I mean these social media brands are largely being run by young Millenials who not only know what’s relatable to their peers but also likely have a degree in communication, social studies, etc.

This has, of course, come with some massive hits: people love Wendy’s clap-backs.

But this has also created some pretty massive flops like Arby’s creating, in their words, Arby’s Waifu: 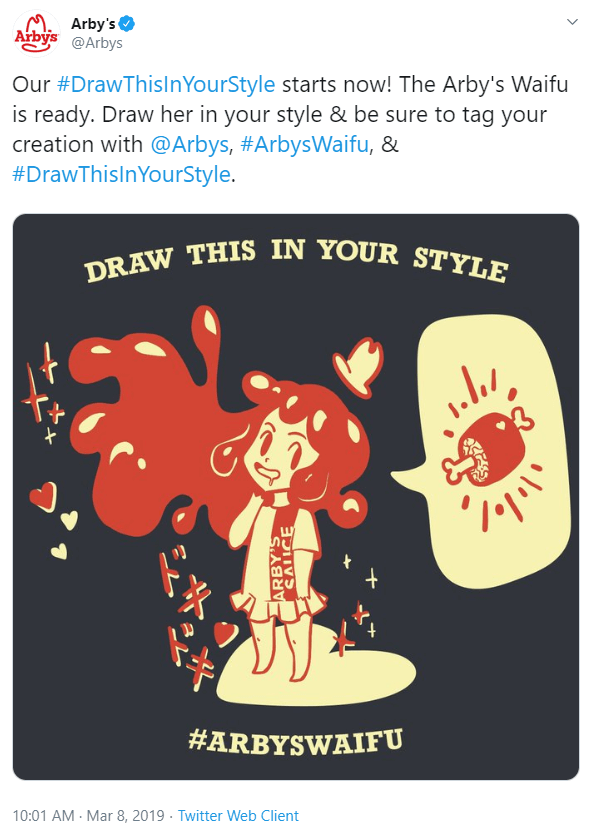 …which resulted in twitter getting flooded by fan-created NSFW artwork. 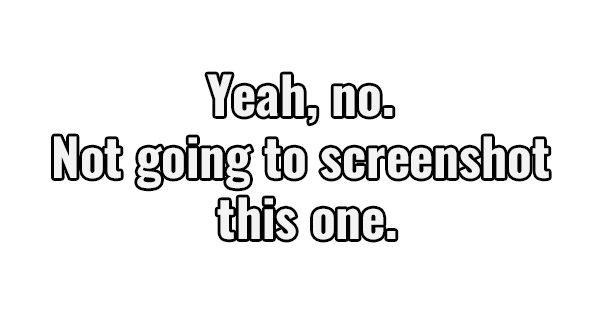 On a side note, I actually got the chance to talk to the team responsible for Arby’s Waifu after attending their panel at SXSW Austin this year. During the panel, they spoke a lot about how much they loved anime and nerd culture.

I asked about their thoughts on the NSFW Arby’s Waifu fanart, how they exacerbated the issue further by claiming that Arby’s Waifu was a 54-year-old (a trope often used in anime and manga as an excuse to depict childlike bodies in lewd clothing and scenarios), and why they weren’t able to predict all of this happening when they claimed to be anime fans themselves.

They weren’t able to give me a very good answer beyond,‘Yeah, we messed up there…’

Will I Love You, Colonel Sanders! be another flop of Arby’s Waifu proportions? Probably not. Most people’s reactions seem to be that it’s hilarious, or a poorly made game. And I tend to agree: the game’s existence is objectively funny, it clearly wasn’t made to be a masterpiece, and seems to be more of a parody that makes fun of dating games rather than try to be anything genuine.

Worst case scenario, twitter gets flooded with lewd fanart of the silver-fox variety.

And don’t get me wrong--I don’t think people will buy more KFC just because they like I Love You, Colonel Sanders!, Wendy’s for their Twitter clap-backs, and Arby’s for their mascot Waifu. For these brands, it was never about that in the first place--at least it's not that straight forward.

Advertising has always been about making the brand appealing and memorable. If you already like KFC but you also like Popeyes, you might end up choosing KFC for dinner because you remembered how funny it was that they actually made their mascot the only datable character in a dating game.