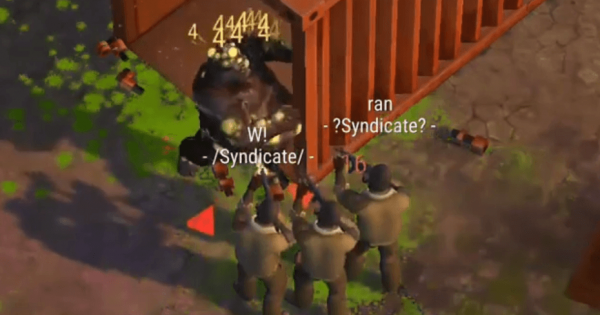 Everything you need to know to start speedrunning Last Day on Earth!

Last Day on Earth blew up to be one of the most innovative games of the mobile gaming industry, forming one of the biggest and most ambitious gaming communities any developer could wish for. Community Leaders have always been on the lookout for interesting discussions and event ideas that would entertain the community and appeal to the newcomers. From weekly word search events to seasonal “Face-Offs”, which offer various in-game and community contests all combined in one, with exciting prizes being the cherry on top. We are excited to introduce you to a new set of thrilling events that’ll be held in our community – Speedruns!

What is speedrunning, exactly? Speedrunning is a play-through of a game or a specifically chosen stage of a game, where one’s intentions are to complete the play-through as fast as possible. Speedrun consist of two intuitive points - Starting and Ending points, or to be more technical, starting and ending frames. These frame's define how a speedrun would start and end. A Speedrunner - people who speedrun games, would try to close the gap between Starting frame and Ending frame as much as possible, to have the lowest times and ultimately to achieve World Records. Though speedruns aren’t always about the “speed” part of the completion, as entertainment value is on the same level of importance as speed, if not more. An infamous example would be the first generation Pokémon games, which could be exploited with save corruptions to achieve a time of “0:00”. Such a speedrun wouldn’t be fun to play or watch, don’t you agree?

For this reason, some games have limitations in the form of sub-categories, that put a lot of emphasis on the various ways a play-through can be done. Wouldn’t it be cool to complete the game as fast as possible and achieve a 100% completion? Indeed it would! Some sub-categories focus on more specific parts of the game, rather than focusing on the whole game. One of the most popular examples could be "All collectibles" category in Grand Theft Auto games, which focus on collecting all of the hidden packages, rampages, etc. collectibles in the least amount of time as possible.

Speedruns are mostly hosted by the community playing the game, but on rare occasions, developers themselves would pay specific attention to the speedrunning side of the game, creating opportunities for fellow runners to comfortably speedrun their game. Luckily enough, Kefir! has given us the chance to host speedruns on an official level, including in-game prizes for World Records, and many more!

In Last Day on Earth, speedruns will be based on specific levels of the game, similar to the ones mentioned before. Main categories revolve around Bunker Alfa, Blackport Police Department, Sector 7, etc. locations. Let’s review “Bunker Alfa;​​​ 100%” speedrun, one of the more straightforward runs in the roster. The main goal of this category is to clear all floors of the Bunker Alfa as fast as possible. Pretty easy for experienced players, though challenging to compete due to time pressure. There are also sub-categories, which only allow certain equipment to be used. “Bunker Alfa; 100% – No Mods” sub-category, naturally, will be done without weapon modifications, which benefits newcomers and players who haven't invested in weapon modifications yet. Though veterans should not worry either! Want more challenge? Try to speedrun "Bunker Alfa; Full%", where you have to clear both normal and hard mode, The Blind One included. Still too easy? Try "Blackport; 99 Waves". Would you like to test your strength against other teams, perhaps clans? Try speedrunning Sector 7 categories! The sub-categories are self-explanatory and are very easy to understand. You can view the rest of the categories and other cool stuff in LDoE’s official speedrun page: https://www.speedrun.com/ldoe.

We will be covering every category in upcoming articles, so stay tuned!

Speedrunner and a weeb, nothing much to say.