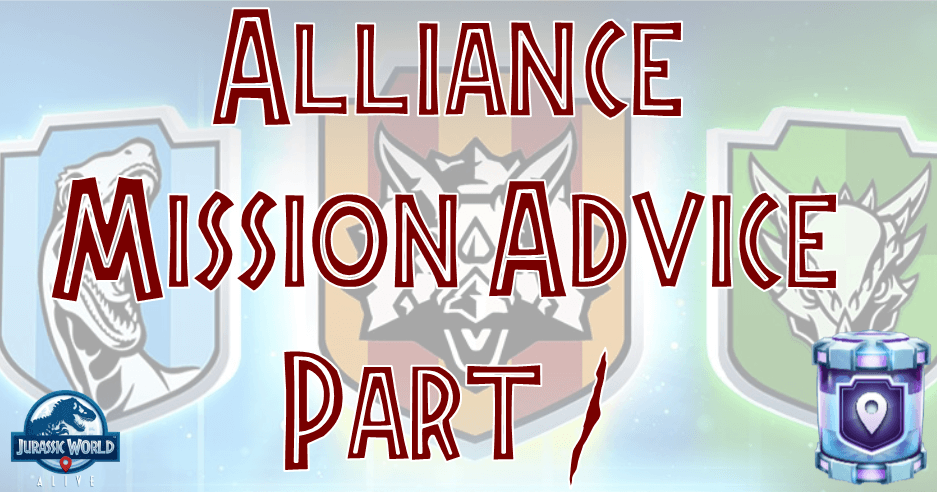 Huge shout out to Kelociraptor from our discord as the contributing author of this article! She is the Leader of an alliance that regularly reaches rank 5 in Exploration and Defense. This is the first of her 2 part series on the best way to achieve that!

With the long awaited change in alliance mission rewards and those rewards rotating regularly, more and more groups want to achieve higher levels of completion. Ludia has crafted such a challenge on Defense that 5/4 tends to be considered the high standard with 5/5 being a rare exception. In this two part series, we’re going to share some advice with you that should assist you in elevating your completion level(s). The requirements in the lower ranks aren’t exceptionally daunting, but the faster you can power through them, the more time you’ll have for the bigger tasks.

Effective communication is essential to higher completion levels. The in game chat isn’t very conducive to this. It’s glitchy at times, and most things you try to say get lost among DNA requests and other people’s chatter. It’s helpful to have a method of communication outside of the app. Discord and Facebook Messenger seem to be the most popular, while we’ve heard people also use Line and WhatsApp (and there are certainly others available). It may be challenging to get your entire group on to one, so you may need to manage a couple. I personally have both Facebook & Discord, and it isn’t any bother to copy/paste important messages in to both.

Of course having a full and active membership is an easy answer, but we are not in a place where leaders have access to data to help make this maintenance easy. No matter the size and activity level of your group, the following tips and tricks can be helpful.

Exploration has a wide variety of missions, as illustrated below, making each week potentially different with some more challenging than others.

The First column is the different categories you can receive for the Exploration Tasks. They will rotate each time so you will get a mix of each of the missions at each rank. Each column after that represents what you need to complete each of those tasks for each rank including the Qualifying rank (Qual).

The most common hold up we hear about is darts which makes perfect sense. The number of darts dropped is static and can only be accumulated in one circumstance. While the DNA can be collected in various ways, which we’ll get to momentarily. Make a habit of darting everything, even if you have 300k DNA or have zero intention of ever using it. Alliance missions aren’t about you, they are about your team, and every dart you drop is one for all of you. I like to give my group goals when I start to get nervous about completing a mission or when I get anxious to just rank up already. Something as simple as asking everyone to drop 500 darts in a day can do wonders, as there are people who work better having direction. There’s also a psychological rush people get when they can mentally check off that they’ve completed something.

Occasionally, I’ll hop in the app and on our social medias and announce “everyone stop and drop 30 darts!” or something to that effect. I don’t expect everyone actually does, but I’m sure some do, and every little bit can help. If you are friendly with other alliances, find out their status, and create a fun competition about it. One time, I was having a simple chat with some other groups about our status on Rank 2 darts. A couple groups were ahead of us, so I popped over to my alliance FB chat and announced other teams were beating us, and people needed to drop some darts. Of course that was completely in jest, but it worked! When it came back up a short bit later, we had taken the lead in my manufactured competition.

The second thing we hear consistent groans about is Rank 4 - Rare DNA. Logically, one might expect an Epic requirement to be the most challenging, but the quantity required for Rare is pretty astronomical (450,000 to be exact). Couple that with most groups reaching that rank after the Rare featured creatures are gone or all attempts have been completed, and you can see how it can cause headaches. There are a couple of ways to ease the pain. One is to ask your group to request “trashy rares” that will easily be filled. It’s not always easy to get everyone on board or everyone to listen, but I’ve found enough will take some for the team to help make a nice dent in the requirement. Another thing to keep in mind is that fusing DNA qualifies, and this next tip also works if you struggle with Epic DNA missions. If you have rare (or epic) hybrids that you want to work on but don’t need to prioritize, save them for when you have the corresponding mission. That won’t feel so much like you’re wasting coins as if you just fused to fuse (but of course the latter works, too). Requesting “trashy commons” can also help if you struggle with Extraction or Common Extraction. Another suggestion that can help with all types of DNA Extraction is asking some members to hold off on collecting their weekly mission rewards until you get to Rank 2 or even 3. This just takes communication from someone who isn’t waiting, so those who are waiting know when they can collect.

Hopefully these tips and tricks will help you if you are struggling in the Exploration missions. Tomorrow we will talk about the other half of alliance missions, the Defense Missions! Make sure to also join our Discord for more discussion, tips, and tricks!