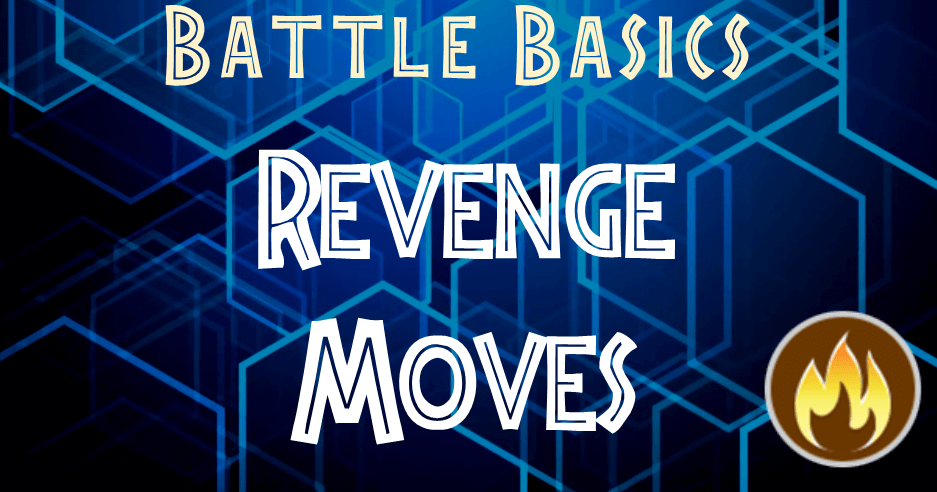 Explorers! Welcome to the Battle Basics, the series where we cover all the move types in JWA! If you haven't checked out the other installments, be sure to do so using these links:

This Battle Basics was written by one of our Discord Moderators GhastPixel16! Thank you for writing this article for us! If you have written an article and want a shot of it being featured here at GamePress, be sure to contact us on our Discord and maybe it'll get featured on GamePress!

1.14 is finally here after a long wait and it has brought a new big battle mechanic, the Revenge Moves! These types of moves can turn the tide of a battle in a snap, and why's that you ask? Well we're going to explain in detail how the different types of Revenge abilities can be used and how the creatures that have them can use them most effectively.

Now let me explain what Revenge is. Revenge is a type of move that either removes the Delay on a move that would normally have a 1 turn Delay (Revenge Shattering Rampage being a prime example of this) or gives an attack boost to other moves, Revenge Impact being another good example. Keep in mind that Revenge Moves only give a power boost the turn after your creature gets KO'd, so if you used a Revenge Move two turns after your creature gets KO'd the power boost would be gone. And one more thing, Revenge Strikes and Impacts give a power boost while the Revenge is active, Revenge Rampages however do not give a power boost but they do remove the Delay that Rampages have while Revenge is active. Now that we've explained the basics it's time to move on to the Revenge Moves and the creatures that have them!

The different types of Revenge Moves

Now we are going to list all the new Revenge Moves.

First up we have Revenge Decelerating Impact, while on the Revenge power boost this move has the same damage as a Decelerating Rampage! Which in turn makes this move incredible for turn 1: high damage and speed control and hard-countering creatures like Raptors and non-Immune speedsters.

Revenge Shattering Rampage is a very powerful move: on the Revenge activation it is able to be used on turn 1! And even without the Revenge boost it's still going to cause as much chaos as normal Defense Shattering Rampage! This Revenge Move makes almost any tank cower in fear seeing as how you can hit hard the moment it's on the field.

Revenge Impact doesn't have any fancy special effects but don't let this move fool you: if you use this move on the turn after one of your creatures getting KO'd this move will have the same power as a normal Rampage, which is perfect for catching your enemies off-guard.

Revenge Rampage is the best choice if you want some heavy damage fast, because while the Revenge effect is active there is no cooldown for the next turn, meaning that you can use this move twice in succession before the move goes onto a cooldown allowing for a lot of unexpected damage.

To finish the overview of Revenge Moves, we'll look more closely at some of the creatures that have Revenge Moves.

To start, we have Inostrancevia. It's a Common gorgonopsid, but that doesn't make this creature just any old Common! It's moves are Distraction and Revenge Impact, making it great for constantly deploying damage reducing attacks and on turn 1 throwing out a heavy hit thanks to Revenge Impact.

Arctops is a Rare gorgonopsid, and a good Rare at that. Like Inostrancevia it has Distraction, but unlike it's gorgonopsid kin it has Revenge Distracting Strike and a normal Rampage, making it even better than Inostrancevia at Distracting the opponent and dealing heavy damage when needed.

Now we're at the tanky Moschops, a Rare tank that also has a good kit with Superiority Strike, Revenge Decelerating Strike and Precise Rampage, Moschops truly is a jack of all trades being able to Cleanse Distractions, Decelerate, hit hard, be a tank and ignore Evasion!

Scutosaurus is one special Epic creature. It has not one, but TWO Revenge moves! It has Superiority Strike, Revenge Decelerating Impact and Revenge Protection, giving it the option to start either defensively or offensively.

And now we get to the last creature of the 1.14 update to get Revenge moves, and it's a hybrid at that! Introducing Entelochops, an Epic hybrid between Moschops and Entelodon! And like it's moschops parent it can choose to either start defensively or offensively. What I noticed when looking at this creature is that it can go for Revenge Shattering Rampage after a teammate gets KO'd, go for Mutual Fury and then go for Revenge Shattering Rampage again allowing for absolutely absurd amounts of damage! And also like the Moschops parent it has the benefit of being a jack of all trades, except being better! It can be a speedster with Mutual Fury, a big damage dealer, a tank, a debuffer, and a revenge killer all in one…. Just wow.

Well guys that just about wraps things up! We hope that this Guide on Revenge Abilities and the creatures with Revenge Abilities helps you on your way! Big thank you to our Moderator GhastPixel16 for writing this piece, and we will see you all later today with a new Tournament article! Be on the lookout for that! Until next time!