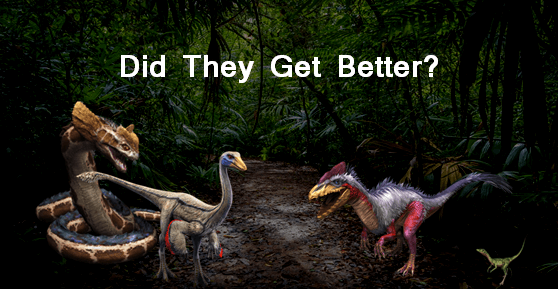 Well, the new update dropped, and many people have some mixed feelings about this new update. Many are excited for the tiny fliers and some creature changes, while other changes have people groaning. The big talking point is on the resilient creature changes. This was to help cunnings gain a better foothold in the meta while also toning down resilients like ceramagnus and Hadros lux. However, did this update actually benefit cunnings? Well, the answer is yes……and no. So join me as I explain the 2-sided coin of this update that was given to cunnings.

Let’s start with the good. First up, there were many dual type cunnings that got a buff this patch. Poukandactylus, utarinex, and skoonasaurus all got pretty nice buffs. Also, by removing slowing effects from resilient moves, now these speedsters can do what they are supposed to do: stay ahead of the game. I also like that they made a difference between resilient moves and superiority moves. But after that, the buffs sort of stop for the higher rarity creatures. As for the low rarities, the cunnings benefitted more from this update than the Legendaries and Uniques. For example, Ornithomimus can actually kill resilients like Titanoboa in many scenarios, and lower hp rare cunnings like Charlie and Oviraptor are no longer dracorex bait. Some high tier epics like Brachiosaurus lost all of their slowing abilities completely. And don’t get me started on the compies. Now creatures like scutosaurus will struggle more with them because they have to choose between cleansing distraction and slowing. So, for these lower rarity cunnings, the update worked in their favor. That being said, there are SOME lower rarity resilients that can hurt cunnings. The best examples are the stegosaurs, with their decelerating counters and resilient moves to apply vulnerability. Tuojiangosaurus for example can take on erlikospyx. And in boosted environments, max speed resilients could become a thing so that they can keep priority and keep applying vulnerability, so while in unboosted cunnings got a nice buff, boosted environments may have a different story.

Now, onto the bad. Let’s start with the only real nerf that Ludia gave this time around. Smilonemys got slightly hurt this patch when Ludia decided to give it delayed rampage and run. Why they decided to nerf this cunning/resilient while the best unique got a buff is beyond me. Speaking of buffs, some resilients got buffs, like testacornibus. Is the buff for it good? Yes. However, it slaughters cunnings, so this buff indirectly nerfs every cunning essentially. And now, let’s discuss skoonsasurus. This is where cunnings really took a hit, and the same is true with hadros lux. Because they both have a resilient counter, they apply vulnerability to these cunnings, then unleash massive damage with their rampages while using the counter to rid the enemy of evasive abilities. How much are they doing? Well Hadros lux, when slower, deals 5250 damage in one turn, the highest in game history at base level WITHOUT a critical hit. And because of Skoona’s counter lasting for 2 turns, it can get a rampage off and choose to either swap out or use an instant distracting. So, let’s look at how some cunnings fare (Besides skoona, as it’s no less than a top 3 creature right now):

Magnapyritor: Magna is immune to vulnerability, but because of how easy it is to hit and swap magna, it really doesn’t get any better, especially with swappers getting better now. And other creatures that it once could beat in a 1v1 received buffs like testacornibus and Poukandactylus

Hydraboa: This thing WILL by 1-shot if it attacks hadros when it uses rampage because of no vulnerability resistance at base levels, and with hadros beginning to focus mostly on attack, the same will probably hold true for the arena. Thankfully it has the on escape rampage to deter swappers.

Quetzorion: Again, no vulnerability resistance hurts quetz, and because its long invincibility lasts for 2 attacks, creatures like skoona and hadros can abuse this by using its counter to wait out the shield and hit it hard with a rampage, with hadros 1-shotting the poor guy.

Smilonemys: While it got hit a bit with delayed rampage and run, it’s actually one of the few creatures than can tank these resilients dishing out massive damage with vulnerability thanks to the armor, shields, and distraction abilities.

Dracoceratosaurus: This was the cunning that did better with the meta favoring this vulnerability and swap meta, as Dracocerato is a swapper. Also, with cleansing impact, it can rid itself of vulnerability if needed while dishing out a fair amount of damage in the process. However, the meta does seem to be getting slightly bulkier, so its future is uncertain.

Gorgotrebax. Trebax welcomes the loss of slowing with open arms, but again without vulnerability resistance, it is prone to being swapped in on by ceramagnus and monolorhino. It thankfully has rend resistance to keep the dracos at bay.

Haast Maximus: Haast is in the same boat as trebax, but with less rend resistance and no vulnerability resistance. And what really kills haast is the lack of turn 1 damage, so odds are it may never get the rampage off.

Refrenantem: Ref actually can somewhat stand up to these big bad resilients thanks to its vulnerability resistance as well as its turn 1 options. Thanks to alert nullification, Ref can avoid a counter from skoona and hadros, but against threats like mammolania and testacornibus, who can get the jump on it and work around moves like super distraction. And hadros is going to kill ref the next turn, and if skoona predicts alert nullification, Refrenantem is in for a rough day.

Compsalocalus: Compsalocalus is really good at resisting swaps from creatures like ceramagnus, but with a lack of vulnerability resistance and with skoona becoming so dangerous, it got hit a bit by this update. Not to mention many of its counters got even stronger, like Poukandactylus and tetsacornibus. Compycalus may be down, but it can still be a terrifying force to be reckoned with.

Erlikospyx: Erlikospyx got no changes, but due to creatures like testacornibus getting sizable buffs, spyx got hit indirectly. Again, it is very vulnerable to swaps. And now with creatures like skoona being able to impose vulnerability and then rampage it, spyx is rarely getting 2 hits off. And heck, skoona does enough to 2-shot it with instant distracting impact. Spyx is still good, but it took a massive hit.

Erlidominus: You may be thinking erlidom got better as many of these creatures can no longer slow. However, that is not the case. Erlidom can still easily be hit and swapped on, especially losing some vulnerability resistance. And now many new creatures can take it on like Poukandactylus while counters like skoona and testa became stronger. This was a rough patch for erlidom.

Utarinex: Rinex got a buff with armor and better stats and resistances, but that really doesn’t help it as again, you get hit by a resilient move and swapped on. However, with swappers getting stronger, rinex does benefit by being a runner, and with smilonemys losing rampage and run, rinex took over the role as the best unique runner. So despite the vulnerability hurting it, it gains something, which is better than most cunnings here.

Spinoconstrictor: Spinoconstrictor was thought to be one of the biggest winners of 2.9 due to it getting buffed in the areas it was weakest. It gained stun resistance and more deceleration resistance, along with more speed. Now it speedties geminititan when slowed at base levels. However, if evasive wound is supposed to have a 1 turn delay, then spinoconstrictor falls back into mediocrity. Hopefully the move is fixed to work as stated by the notes and the game itself. For now, spinoconstrictor’s fate is uncertain.

Scourpius Rex gen 3: To be honest, Scorpius 3 did OK this patch. It is still vulnerable to vulnerability, but thanks to toxic quills, it can usually kill a resilient like trykosaurus or gem before getting swapped on. It is now going to lose to skoona almost every time, but that is to be expected at this point seeing as skoonasaurus is able to handle almost everything.

Indoraptor: Indoraptor, like erlikospyx and quetzorion, didn’t receive any changes, but again without vulnerability resistance, it is easy to swap in on. However, like gorgotrebax, it welcomes to lack of slowing and can now get off its impact and rampage more frequently.

Poukandactylus: Poukandactylus is the other cunning/fierce that got a big buff. Now being able to easily tank hits with its damage reduction abilities, its better output, and now being able to resist vulnerability, Poukandactylus has to be much better, right? Yes, it is. But it suffers the same issues as magnapyritor. It’s great in a vacuum, but outside that vacuum it gets hit with all the swappers. And in order to do a lot of damage, you must get hit. That being said, Poukandactylus is still a very strong creature.

So, in the end, cunnings probably got hurt more thanks to this change. Thankfully some like Poukandactylus got love and can carve out a nice niche for themselves, but with skoonasaurus and hadros lux putting them in range of swappers, if not killing them outright, it’ll be hard for them to compete. So let’s make the most of this update and hopefully some of these creatures receive some adjustments next patch to bring them in line. Either that or give us a boost shuffle. This mixup was much bigger than the monolometrodon and sarcorixis nerfs. Let’s hope Ludia listens.

Thank you for reading my first article as a GP writer. I am thankful to be a part of the team. Thank you to Kelociraptor, Bart, and Piere for offering me this opportunity, and I hope to write more for you in the future.