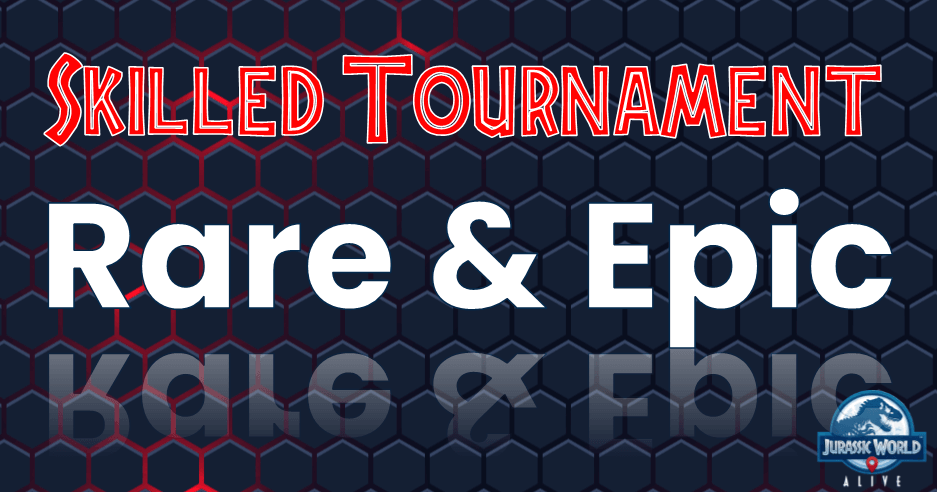 Explorers! We’ve arrived at the first Tournament of the Skoonasaurus Alliance Championship. It is the ever-so-common Rare and Epic Skill Tournament. Of course, everyone will be wondering about what to use and what will be the big threats to keep in mind. To help you all out, we’ve got our Battle Simulator up and running again and run the statistics to get the best creatures available for you! If you want to know them, read on and find out! 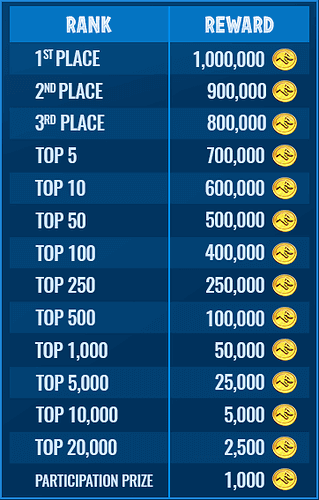 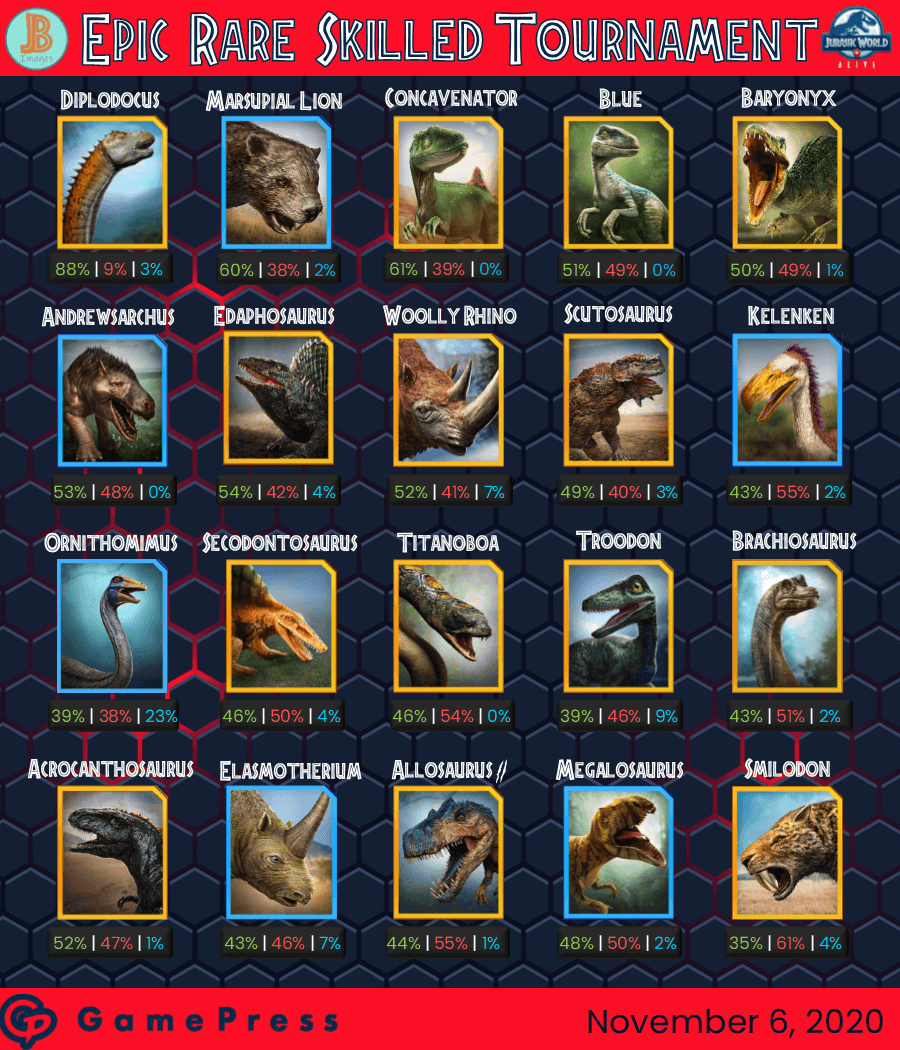 Finishing up the Top 25 are:

After seeing these Results you are obviously thinking ‘How do I use these results to make the best team?’ Well, we can try to help you out with that. We will give you some threats to keep in mind as well as some great checks to those creatures that you might have forgotten about.

As with any Epic Tournament, Diplodocus reigns supreme. With a gargantuan 6000 Health stat and 1500 Attack this creature will dish out massive damage while tanking lots of hits. With Decelerating Rampage, Resilient Strike, Swap in Slow and a 50% Deceleration Resistance it will most likely outspeed you, so you have to think differently than just powering through it with big damage.

Some great creatures to help you out here are Andrewsarchus and Marsupial Lion. These creatures are faster and all have a 100% Deceleration Resistance and they are able to twoshot Diplodocus. This means that they will take care of Diplodocus while taking at most 3000 damage. Admittedly, that is still a lot, but it is worth it when Diplodocus is one of the final creatures in your opponents team, so they have to swap out, otherwise they die. Acrocanthosaurus is also a great pick, as it will survive Diplodocus’ onslaught of attacks and will be able to twoshot it back as well if it gets a Critical Hit.

Woolly Rhino is the bane of many people in these Tournaments. 1500 damage that you cannot prepare for unless you predict it is a pain to deal with, and its regular kit will allow it to dish out big damage too. 4500 Health is a lot, but add a 10% Armor to that and then suddenly it will live a lot more than it is supposed to do. Seeing as you cannot really predict when it comes in this creature is something that you have to keep in mind, otherwise it could cost you the match.

This creature is extremely lethal in the late game, where its On Escape Rampage will dispatch any creatures below 2600 Health if they Swap out on it. But Titanoboa itself will also be able to pack a punch, with Decelerating Impact and Precise Rampage able to dish out a lot of damage, even if you decide to stay in.

This creature’s main weakness is that it cannot deal well with Shields. Creatures such as Scutosaurus, Elasmotherium and Diplodocus will do very well against Titanoboa. Don’t try overpowering it with damage from creatures such as Allosaurus G2 or Tyrannosaurus Rex – Titanoboa has ample damage to take those out. Focus on creatures that have big Armor stats and/or Shields, and do not try swapping out against it! If you are feeling lucky, you can try and win the speedties with Edaphosaurus to take it out!

You'll most likely defeat this creature with high damage Defense Shattering attacks. Creatures like Baryonyx, Marsupial Lion, Andrewsarchus, Acrocanthosaurus and Allosaurus G2 are the best creatures to think of. Otherwise, prevent its attacks with Stuns!

Owen's girl still does well in this Tournament. With high Attack, Evasive and Distraction at its disposal, she will easily take care of those pesky Chompers like Acrocanthosaurus and Allosaurus G2 while taking little damage herself. She'll also able to act against Troodon and Pyroraptor, her main competition for the Cunning spot on your team.

Even though Blue is Owen's girl, she's still weak to Resilient attacks. Those are your main ways of disposing it. Armor and Shields also do very well against it, so creatures like Scutosaurus and Diplodocus are the best way to go.

Of course, these creatures are only the top threats that we thought of. It could very well be that other creatures will appear and take the spotlight. Down below we will list some creatures that you should definitely take into consideration when building your team.

Baryonyx: People might be quick to dismiss it because of its bad Turn 1 option, but 126 Speed and a 100% Resistance to Deceleration plus the ability to dish out 4200 damage in two turns suddenly makes Baryonyx look really good doesn’t it? It itself also has 4200 Health so it’ll be able to survive those hits as well. It might also surprise you with a Critical hit thanks to its 30% Critical Chance. Definitely a creature to keep in mind!

Megalosaurus: Acting as a budget-Concavenator, Megalosaurus does the same stuff Concavenator does, but it gets Ferocious Strike in exchange for lower Attack and lack of Defense Shattering. If you have not unlocked Concavenator yet and you are searching for a good alternative, Megalosaurus is the pick to go for.

Marsupial Lion and Andrewsarchus: These creatures will be your one-two-punch against those pesky sauropods and highly Armored creatures. With their Rending and Defense Shattering attacks these creatures will most likely twoshot any creature opposing them. Cunning creatures are your only hope against them!

Secodontosaurus and Edaphosaurus: These two Permian creatures are quite good because of their plethora of Resistances to quite common debuffs. Most importantly being Deceleration. This means that they will be your pick for going against big Deceleration creatures like Scutosaurus and Brachiosaurus!

Acrocanthosaurus: Acrocanthosaurus gets a special mention for being one of the few creatures that can take care of Diplodocus. It can live two hits from Diplodocus and take out the big Sauropod on the second turn.It does need a Critical Hit however. But it is for sure a creature to be considered!

Get used to seeing those Epic Non Hybrids, as they are the star of this month’s Tournaments. We hope that Ludia will one day decide to switch up these Tournaments a bit, as having these Epic and Rare Tournaments each month is getting a bit stale. What Tournament would you like to see? Let us know in our Discord server! We hope to see you on there!