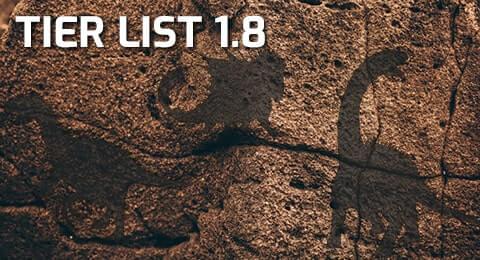 Battle Sim By The Numbers Dino vs Tier

Continuing on in our series on the Tier List for update 1.8 and the various breakdowns we viewed to make our determinations, today we'll be breaking down one of my favorite (and the most interesting) metrics that comes out of the 1v1 battle simulator statistics.

Now, when we initially start looking at new creatures, one of the most helpful things to see is which "tiers" as a whole does the creature end up with plus matchups against in the 1v1 simulator.

A plus matchup for the purposes of this discussion is described as a matchup where the creature beats another creature in that tier more than 50% of the time.

So Sarcorixis, at even levels, beats Thor 75% of the time with the move order Lockdown, Greater Stunning Strike, Ferocious Impact -- as we discussed in our article on the findings from the battle simulator (below). Seriously, if you haven't checked that article out, you should. 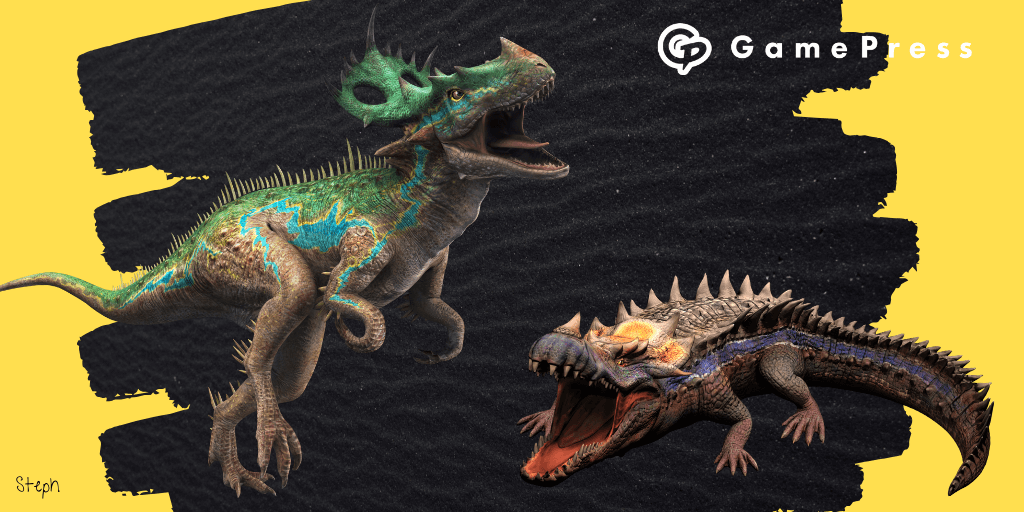 So in that above example, Sarcorixis is said to have 1 plus matchup against 1 tyrant dinosaur. If it beats all tyrant dinosaurs at least 50% of the time, it would end up with a score of 100% effective against the Tyrant tier and be a great candidate for beating Tyrant-level dinosaurs.

Why Creature Vs Tier Matters

Imagine you've got a creature in the current meta that beats tanks without any issue -- only the meta is built in such a way that no one is really running a team of 8 tanks. Sure, this creature is GREAT against tanks, but it isn't actually relevant on most teams because what it beats isn't what most people are using.

When considering where things belong in tiers, you need to consider what the meta is on the whole, and what things counter that meta. One of the reason Thor belongs where it does (as Tyrant) is because (despite us arguing quite a lot about it) it still defines a lot of the meta and keeps a lot of things down.

Opponents of the argument may say boosts are the reason, but think of how many creatures would be meta relevant if it weren't for Thor? Pretty much all tanks would have a place again (Stegodeus, Gigaspikasaurus, Nodopatotitan), as they would only have to worry about bleeders. Things like Ardentmaxima would end up Tyrant since its a tank that can't be bled. Things like Tryostronix would be again meta relevant to deal with all those tanks. Allosinosaurus would be firmly tyrant as the only chomper with an instant charge. Even Dracoceratops might lose some value as half the reason you need it now is to counter Thor and half the reason Thor is needed now is to counter it.

Heck, here's the list of things in the High-Alpha, Low and Mid Apex category that Thor beats 50% of the time or more (with most being 100% of the time) that could have more meta relevance if Thor didn't exist.

Another prime example. Say you have a dinosaur that beats 90% of the creatures out there, but not the top 15 best creatures in the game. You end up with a creature that feels Tyrant -- based purely on 1v1 metrics -- but it isn't Tyrant because everyone is running a team that essentially beats that dinosaur 100% of the time.

It may win more matches than 99% of the creatures in the game, but if it can't beat the team of 8 that many people are running, it wouldn't make a lot of sense to run it at all. After all, does it matter if something beats Stegosaurus or Velociraptor when no one is using them in upper arenas? Not if you're in upper arena, certainly.

So without further ado, here is the data that comes out of doing a tier by tier breakdown. As a complete rule of thumb (and this doesn't hold true in 100% of cases because as we've previously stated - 1v1 matchups are not the be-all end-all of tier list discussions and need to be heavily weighted against a LOT of other factors) in most cases a dino should be beating more than 50% of all the tiers below it, and around 50% of the tier it belongs in to qualify for a given tier. So the results here just help us to see if a dino we place in a given range actually feels like it "belongs" there based on what else it beats.

Particularly in the Tyrant tier, but also in each other tier, considerations need to be made for how a dino is used (like Dracoceratops who is used as a swap in play or Dilorachierus who is used as a setup dino -- taking out an injured dino and standing ready with full health to deliver two massive rampages in a row).

A lot goes into every tier list discussion, and thank goodness we have smart computers running complex AI-style algorithms to help us figure some of this stuff out, but more than anything our goal is the same as your goal -- to help you figure out which creatures are good and which ones can stay comfortably on your bench.

We hope providing data like this can help you to make up your own mind and build teams that help you succeed in the arena!

And once again, if you haven't checked out our tier list, do so with the links below! 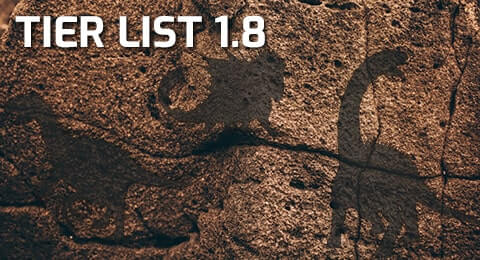