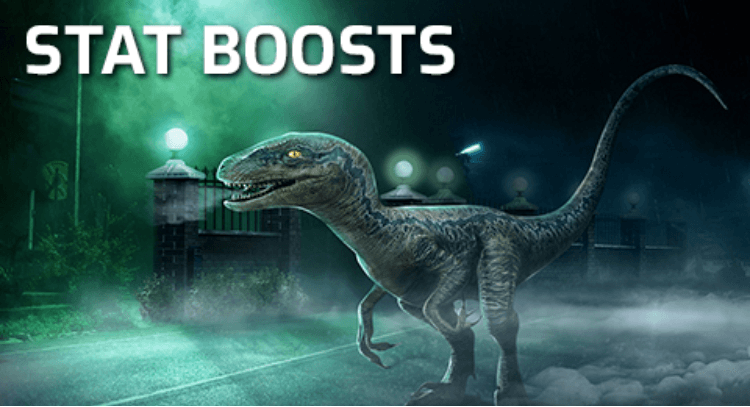 What Does This All Mean?!

With the recent announcement on the Ludia forums about the new Boost 2.0, a lot of us are reeling and trying to work out what this all means in terms of the arena to come.

While I've been advocating for a by-dinosaur limit to boosts for a while (allowing each player to only apply 15 of the 30 possible levels of boosts for instance so they have to make a choice in speed/damage/health), this new boost system that Ludia proposed has some really cool implications.

First and foremost, this will lead to better matchmaking.

Because right now they need a perfect formula that takes into account two things in order to keep teams even. They need to have a calculation that perfectly compares the VALUE of boosts to the LEVEL'S of dinosaurs in order to get a matchmaking score and compare it to other matchmaking scores.

This, however, proves challenging when you try to work out the matchmaking formula. It's nearly impossible to "value" a health boost or a damage boost unless you do it by creature. And if you balance by creature, you open yourself up to getting it wrong (overvaluing or undervaluing).

Of course, we all witnessed the effects of this. Matchmaking was in part a mess because people created level 21 Uniques, kept them on their team boosted to crazy levels, and had the rest of their team averaging level 27 - bringing their team level average down and matching them with weaker opponents.

It was broken. But capping by level the amount of boosts a creature can use helps to correct that immensely. It will make the effects of not having a perfect matchmaking score for boosts far less of an issue because there is a ceiling to how much any creature can be boosted.

For many of us who had been playing this game since release, we were very disappointed to see how boosts affected hunting for dinosaurs in the wild.

Adding tournaments with restrictions helped a little bit. We had a reason to keep hunting things after you hit a level cap. But with half of the tournaments being skill-based and setting constant levels, that reason wasn't pushed very hard.

But when you cap boosts by level, you create a need to hunt so that you can cap boosts. Which is amazing. Seriously amazing.

This one is big too.

By making boosts constant (2% per level) instead of a curve, you now eliminate the "optimal" way to boost a team.

Much like we saw in arena way back when, there was a boost bottleneck where once you boosted your team of 8 to 5/5/5 or 6/6/6, you had trouble deciding where to spend your next boost and were disappointed when you did by how little it actually changed. Because boosts worked on a curve, you got astronomically less value per boost point as you went up the chain.

Imagine if dinosaur levels worked that way. If you were fighting for 2000 Legendary DNA so that you could boost your stats by less than 1%? It'd be infuriating to work so hard and barely see the results.

But that's what we had to do. We had to save boosts to get marginal results.

Now, however, a constant increase makes FAR more sense as boosts are being reworked to truly look like a parallel leveling system. This is so good because -- while there might still be a bottleneck as the number of boosts needed grows, it won't feel so rough to use them. You know you'll get a visible result.

There's so much to look forward to in this new boost 2.0 system. We cannot wait to try it out and we're so thrilled Ludia has announced it.

Keep hunting explorers. You're gonna need those creatures leveled high to thrive when this new system gets implemented!