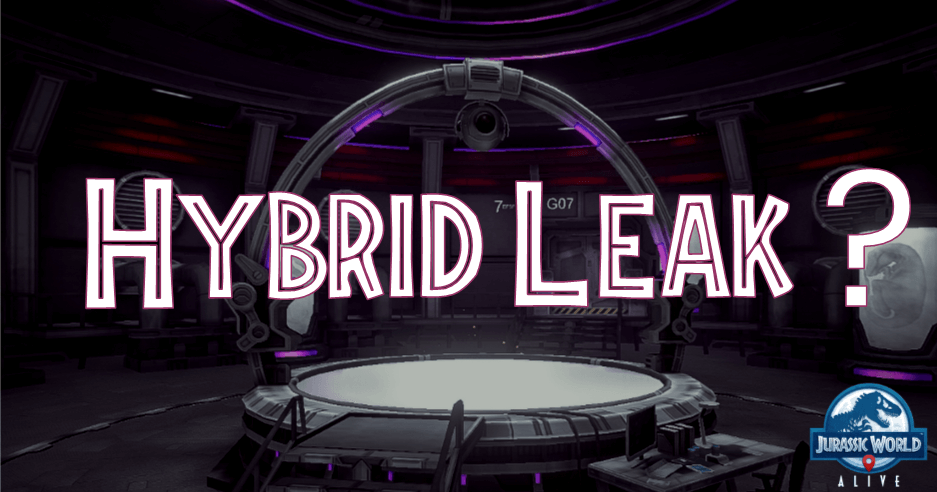 Explorers! As anticipation for 1.9 continues to build, Ludia put out another teaser for patch 1.9 today. They tweeted a picture of this in a sanctuary: 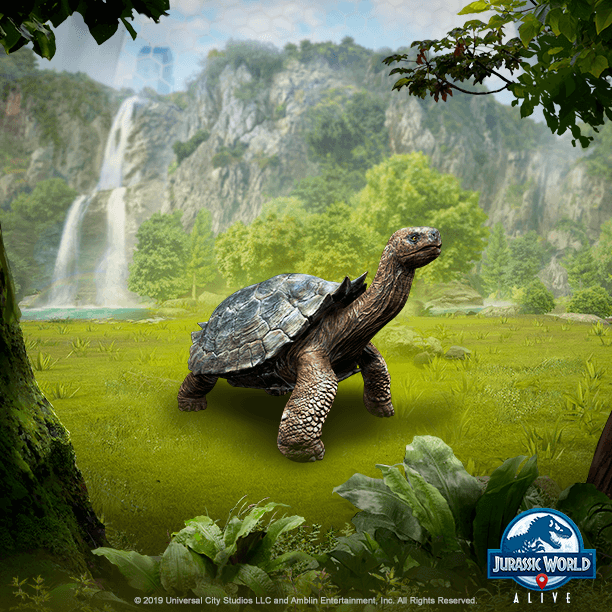 Coming soon, Cenozoic creatures will have access to the Sanctuaries! Prepare for new creatures and new ways of interacting with them!

According to several people on facebook and on our Discord, we think that this is a new creature called Carbonemys. So we are excited to see new cenozoic creatures and we are excited they will be able to be placed in sanctuaries.

Not long after that tweet, this post showed up on the Jurassic World Alive (Fan Group) Facebook Page. This is an apparent leak to a hybrid of the Carbonemys and Nasutoceratops (which is conveniently in the wild this weekend only) called Carbotoceratops: 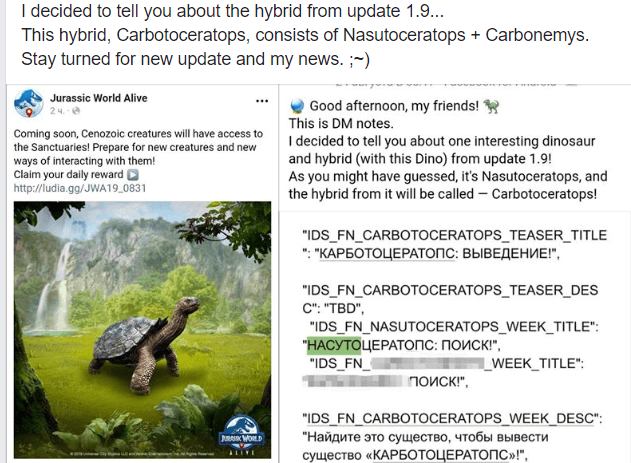 The person who posted this has leaked events in the past and has always been right so while there isn't official confirmation from Ludia about this, you might want to stock up on that Nasuto DNA this weekend! This is still all speculation until patch notes come out, but we are hoping they come out soon!

So what do you think of this new creature and its potential hybrid? Make sure to join our Discord for more discussion and all the latest news in the world of JWA!