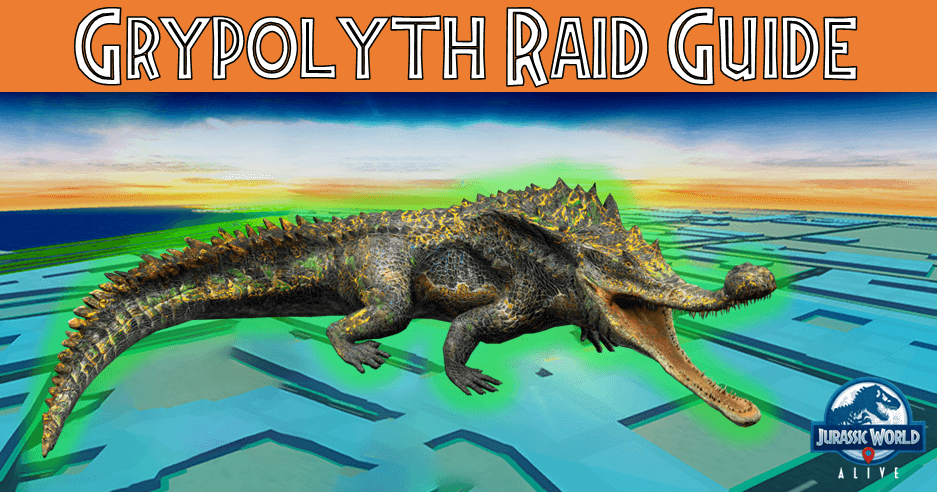 More Raids on the Map

Hello Explorers! We have new raids on the map and in this guide we'll go over how to take down Grypolyth Prime.

But before we get started, let's just recap a few tips on Raids -

Grypolyth Prime caps the level at 25 -- which means any Unique or below creatures are allowed in this raid.

Stat boosts are capped at.15/15/15 -- meaning if you have a Thoradolosaur with health/damage/speed boosts of 2/20/8 - you'd end up with a level 25 Thor with 2/15/8 stat boosts. Smilolnemys (the other Unique Raid) doesn't seem to need many (if any) boosted creatures, but it looks like Grypolyth might need at least a couple of boosted one. Let's dive in and check out some strategies to beat it.

Unlike other Raids, Grypolyth has 3 Rounds instead of the usual 2 we have seen. That means at the end of each round, the minions will be reviving and you will need to take them back out again. You can beat a raid without actually taking out the minions (as with Pyrritator but more on that in another guide), but the Grypolyth minions will need to be dealth with before you can move on to the boss. We'll break down each round and moveset for the boss and the minions you will be facing.

Each Round Grypoly has a slightly different set of moves.

How to Beat Grypolyth Boss

The key to this raid is taking out the minions at the beginning of each round. While you don't have to clear them, it's going to make things a lot easier if you can get them out of the way. Especially because Scolo has taunting moves and can take big hits away from Grypolyth. To do that, you will need something that can clear both at the same time (ideally). Something like Thorodolosaur with an Group Impact move works wonders in this situation. In addition to Thor, it looks like Tuoramoloch will come in handy once again to help speed everyone up and allow Thor to take out the minions. Irritator and Tryostronix are also fantastic in this raid as they are able to buff their teammates with Ready to Crush and Group Takedown. I prefer Irri over Tryos simply because of the double buffing moves it has, but either one should work. For your 4th teammate, you'll want something with Defense Shattering Moves and maybe even a distracting move as well. Tenontorex, Magnapyritor, and Monlometrodon work well in this slot. Tenrex is good because it can also heal with Tuora's heal is on cooldown. Magna and Monlometrodon are resistant to rend so that counter attack isn't going to hit them as hard.

After the minions are gone, you will just want to keep hitting Grypoly as hard as you can. Tryostronix or Irri need to use their buffing moves as often as possible, and Thor needs to make sure and save Group Impact for the beginning of each round. If you don't have Group Impact ready, you can also use Instant Charge in a pinch to take out Echo and let another teammate try and hit Scolo.

Here is a Step by Step guide for each round and what we used. All of our creatures were pretty much max boosted except for Irritator. We don't know the minimum level required for each of them and if you don't have anything as boosted, you might have to go a couple of more turns each round. This should be a good starting place though to give you an idea of what does work.

The best thing we have learned about Raids is that we have incredibly smart community that often comes up with multiple ways to take down a boss. Our strategy is just one example of what could be used, but don't be afraid to try something different and see what works for you and your alliance! We also have a raid channel on our discord where you can connect with other players and find the teammates you need! Good Luck out there explorers and keep an eye out for even more Raid Guides!