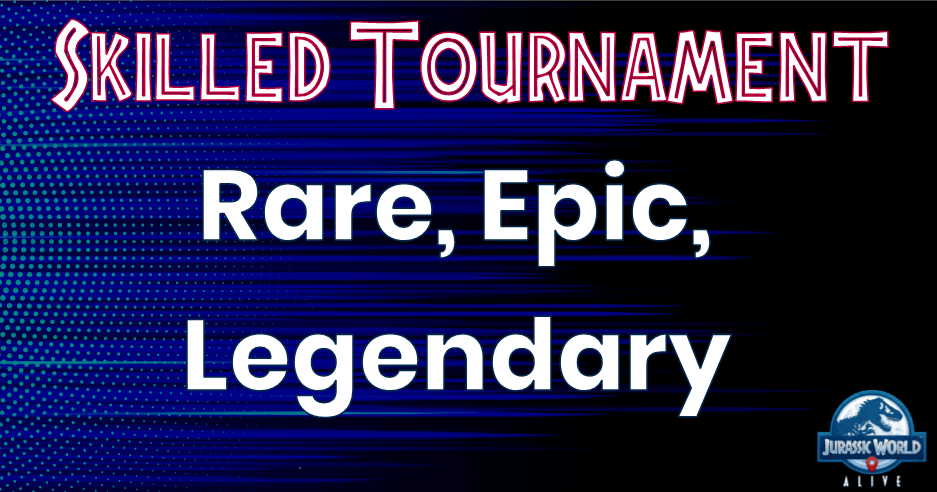 Huge shout out to Ethan from our Discord for writing this article!

Explorers! Welcome to the Legendary, Epic and Rare Skill Tournament Guide! The first week of the Ardentismaxima Championship features this very interesting Skill Tournament. This Tournament will basically have two different styles: Legendary Tournament for the top players, while lower players can play with Epic and Rare creatures. While higher players can also definitely use Epic and Rare creatures, the best choice would often be to use Legendary creatures. With the rewards being lots of Dolla Dolla you can bet lots of the top battlers will be playing in this Tournament. What should you use to defeat all these players? Let's find out!

As this is a Skilled Tournament, we have decided to use our Battle Simulator to give you a good insight on how each creature performs. But before we will show you the results, we feel like we need to share some info on it.

Our Sim Results therefore are excellent in 1v1 matchups like the very start of the match. However, you should always keep in mind that the battles in JWA are a 4v4, and that it is very rarely a true 1v1. So while these numbers are very useful for seeing who wins the most, you should always keep in mind your own playstyle and possible other uses that won't be seen as much in our Battle Sim, like Swap in Abilities or On Escape Abilities. 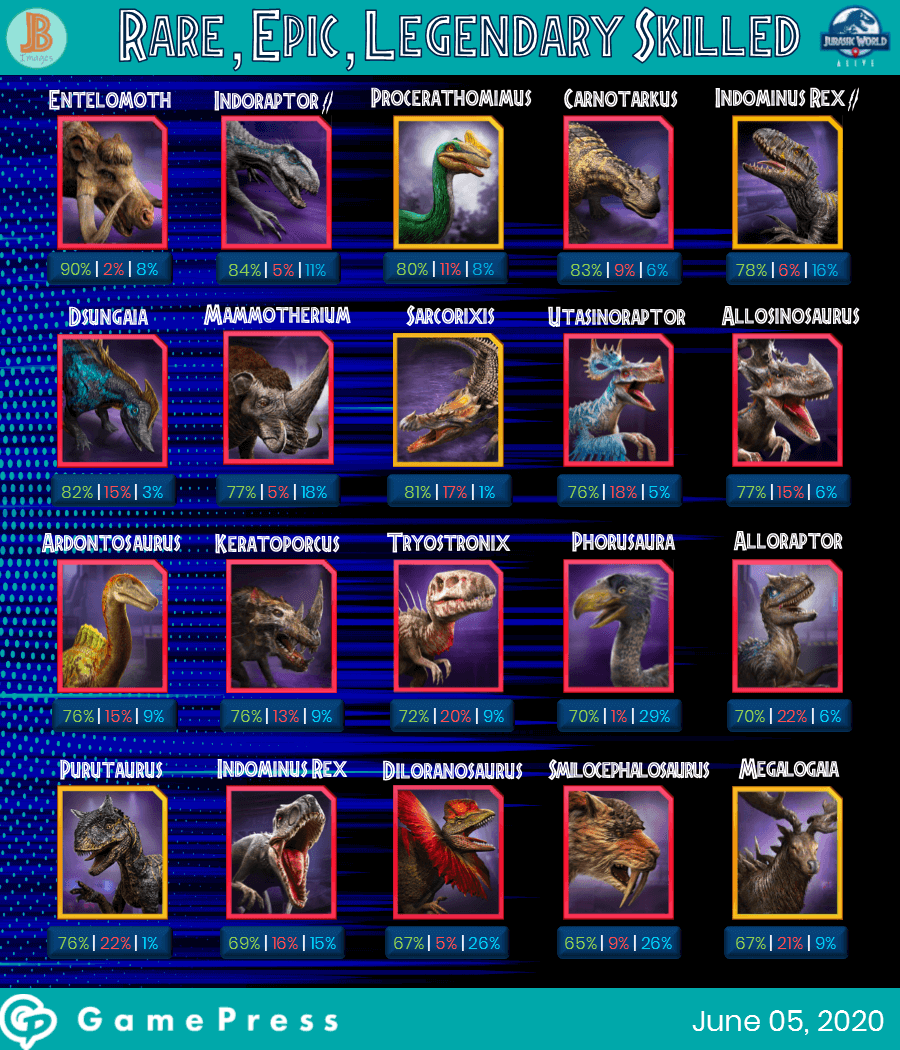 These are the top performers in the Tournament with all eligible creatures allowed. So these Legendaries also had to face the rare and epic creatures, which might bump up some creatures a bit. As you can see, only 5 Epic creatures made it into the top 20, showing that Legendaries reign supreme here!

If you don't have any Legendary Creatures, however, we pulled the top 20 Epic and Rare creatures that might help you build a solid team. The win/loss percentages are against ALL creatures (including Legendaries).

First of all, don't just pick the top 8 and go with those. As we mentioned, the Sim Results are head-to-head situations, and that alone will not build a good team. You will need to create synergy within your team, and most of all: counter the top threats, while making sure your own threats will get their counters removed. Therefore, the Sim Results alone should NOT be the sole point of focus when building a team.

With that mentioned, we would normally go to the teambuilding section of the article. This is where the tricky part of this Tournament comes in: Most top players will be using all Legendaries (with the exception of maybe 1 or 2 epics) , while lower players will go for Epic and Rare creatures, with the occasional Legendary. We can't do every single creature justice like we always try to, so instead of going into several creatures in detail, explaining their roles, we will be using a different approach to help both advanced and beginner players. We will be listing a couple of top threats and your best shots at countering them.

The two top threats will be Indoraptor GEN2 and Entelomoth, without question. You will need at least a couple of counters for these two.

First of all: Entelomoth. With a 90% win rate in the sims, this thing is an almost unstoppable monster. This will be the defining creature of the tournament in higher levels. There are very very few counters to Entelomoth, but luckily, one of them is another top threat: Indoraptor GEN2. Indoraptor GEN2 should be able to win by pressing Cautious Strike until Entelomoth is in Defense Shattering Rampage range. However, there can be an occasional Bellow coming from Entelomoth to try and gain Speed Control. That is where you use Mutual Fury to set yourself up. Mutual Fury every time you get Bellowed and when you know you can survive the Defense Shattering Rampage from Entelomoth! You want to be faster than it, otherwise, you will lose this matchup. A second counter for this beast is Indominus Rex. Following the move order Cloak, Armor Piercing Rampage and Armor Piercing Impact you should be able to defeat this creature, even if it Bellows on Turn 2 to stop you from one-shotting it. However, if Entelomoth takes a gamble and Defense Shattering Rampages on Turn 2 and it hits through Cloak, it wins. So Indominus Rex should have a pretty good shot at beating this High Tyrant creature!

Do not be deterred if you only have a few Legendary creatures, however! There are Epic creatures that are just as strong as some Legendaries.

First off, if you have Procerathomimus unlocked you will definitely want to be using it if you have less Legendaries, or even at the top tiers! This thing can stall with an Instant Distraction or an Evasive Stance on the first turn and then hit with a 3100 damage Distracting Rampage on the second! She can also nullify any positive effects the opponent has.

There is also the threat of Sarcorixis during this tournament. She will be a destructive force on many a team, with the 3 Hit KO of Immobilize, Greater Stunning Strike and Ferocious Impact. The fact it can do 2925 damage on the first turn of battle is amazing! Need I mention she also has No Escape! If you only have a few Legendaries, be sure to use her on your team!

A wide variety of Epics are also useful, such as Indominus Rex GEN2, Megalogaia and Erlikogamma!

There is also a lot of Rare creatures with great potential for newer players to use! Postosuchus for example has an extremely high turn 1 damage, capable of doing 3263 damage! This will oneshot even some Legendaries like Dracoceratops! With its 126 Speed, it will also be able to outspeed quite a lot as well!

Secondly, if you struggle with high Health creatures like Moschops and Ardontosaurus, you might want to consider Marsupial Lion. With its one-two-punch of Rending attacks this creature will twoshot almost everything without either Dodge or Distraction. Its Immunity to Deceleration will also come in handy against those pesky tanks with their Decelerating/Superiority attacks.

Seeing as Hybrids are allowed, Purrolyth and Suchotator will be quite powerful creatures. You can defeat Purrolyth with a combination of Distraction and Defense Shattering. Diplotator is a perfect Rare for this job, with our Sims giving it a 100% victory against Purrolyth. Not attacking it will also prove very useful, so creatures like Elasmotherium with their Defensive Stance will help as well. Suchotator can be defeated with Immune or Cleansing creatures, so Ankylocodon, Meiolania and Ophiacodon will do very well against it.

In conclusion, although we may have had a very similar tournament to this last month, this writer is very excited for this week’s tournament! There is copious amounts of coins available for rewards, and i’ll never say no to those! My team will include Entelomoth, Indoraptor GEN2, Mammotherium, Phorusaura, Carnotaurkus, Monostegotops, Ardontosaurus and Procerathomimus! I hope this article gave you an idea to what creatures to use, but remember to have fun with it and to experiment with your team! If you have any questions whatsoever, be sure to join our Discord!