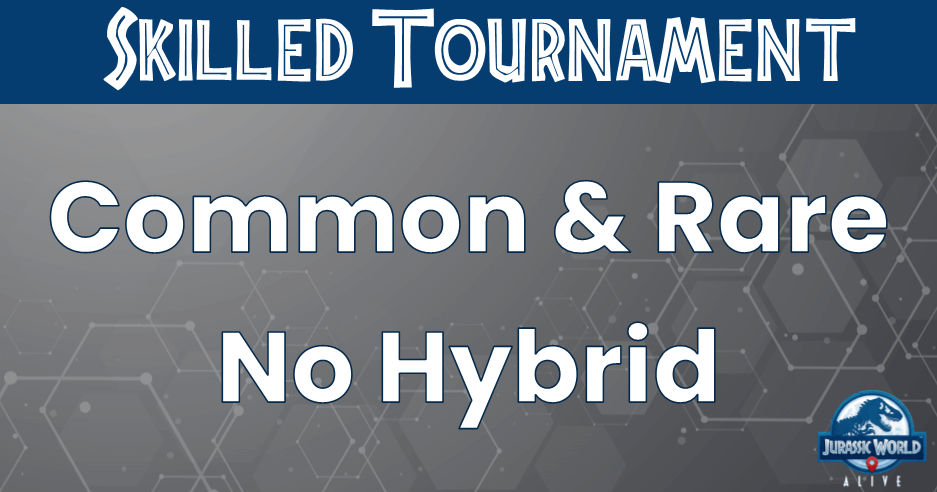 Is this déjà vu?? Didn’t we do this last month? Well yes, yes we did. Which is nice because I totally forgot I had this article and instead I got all caught up doing achievements. I got that sloth badge, what what! Which btw, this could be a good time for that, but we will discuss that later. It’s that time! Tournament time! Non-hyrbid rares & commons for COINS! Let’s get ready to get swappy! Before we get after it, I want to thank MattE as always for providing us with the sims! His field guide app is amazing and its highly recommended. 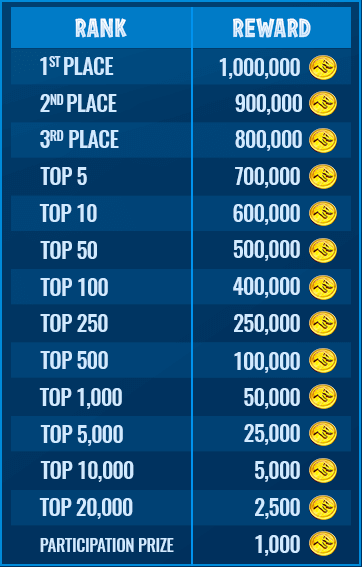 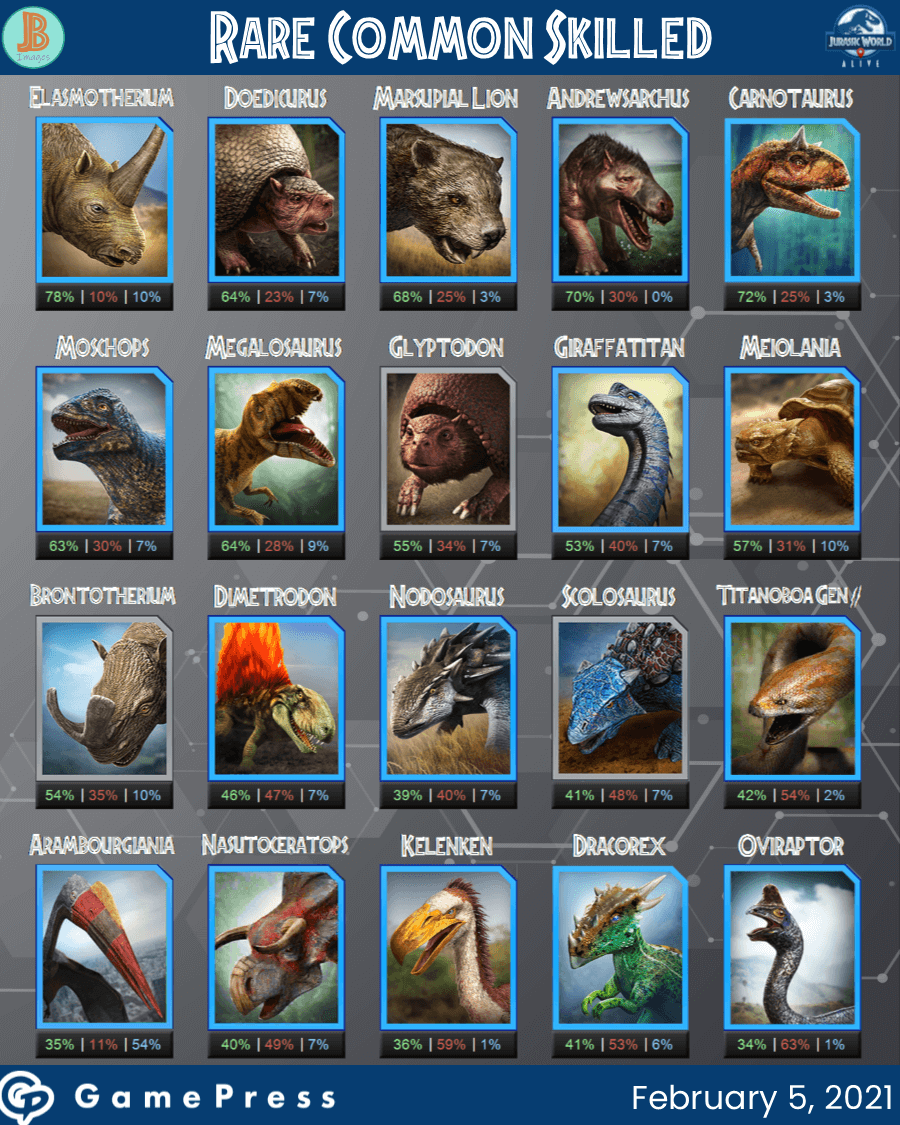 If you are familiar with these articles you know that the sims are done as head 2 head matchups with their win percentages, loss percentages & percentage of swapping out or tying or something. I still don’t know what blue means.

As always, I don’t recommend just grabbing the 1st 8 creatures and running to the tournament lobby. You are going to want to have some team synergy. Nasutoceratops & Dracorex will be very popular this weekend as they both have swap in attacks. Dracorex has swap in resilient strike so it is a great way to deal with those cunning creatures. In fact, poor Oviraptor just straight dies to Dracorex. Nasutoceratops uses its swap in stunning strike & 100% swap prevention to get in & get out. Not to mention a large amount of health and a pretty solid move set.

Another thing that is very evident here is the lack of cunning creatures. They are almost completely nullified by all the resilients in this. Elasmotherium is one of the top creatures in these sims with its shields, armor, resilient impact & taunting rampage. Impact and Rampage both only have cooldowns of 1, so you can spam them back to back. We also have a new resilient king here. Turtle like armor with 50% but solid attack & move set. I’m talking about Doedicurus (aka "Dilly"). Resilient strike & rampage help this one slide into the top 5 head to head. Your best bet is going to be to bleed or rend it.

There will be a lot of swapping as I mentioned earlier. Nasutoceratops, Triceratops, and Triceratops Gen 2 have swap in stunning strike. Dracorex with its swap in resilient strike. Giraffatitan, Moschops & Tuojiangosaurus have swap in slow. Keleken can swap in dodge along with countless other swappers that I’m not mentioning because I personally don’t think they’re useful. Sure, maybe the swap in bleed with Scaphognathus could help especially vs Marsupial Lion since the lion cannot 1 shot it due to only having rending moves. You may want to use Titanoboa Gen 2 so you can punish those who want to swap out vs you. On escape dust cloud means when your opponent swaps you gain 50% damage for 2 turns and become invincible for 1 turn. So they won’t be able to swap in stunning strike and do any damage or stun lock you as you have 100% stun resistance.

You don’t see a lot of commons in the top 20 but the ones you see all have something in common. ARMOR. Glyptodon comes in at #8 in the sims, but its no common common…see what I did there? 40% armor, superior vulnerability & resilient rampage…This guy may slip under the radar some but beware. It is deadly. Oh, also its 100% resistant to decel so good luck staying faster.

Brontotherium & Scolosaurus are the other 2 commons who make the list. Both are resilient monsters. Brontotherium has shields & armor and Scolosaurus can team up vulnerability with its taunting rampage.

A few other notables in this top 20 that certainly deserve discussing:

Carnotaurus – What better way to deal with all the armor that you’re going to face than someone that removes 33% of their health with each counter. It has vulnerability strike but beware a lot of creatures have 100% resistance to vulnerability. So using shields as much as possible will be key with this low health creature.

Moschops – 25% armor, 113 speed. Cannot be stunned or slowed so a great creature vs the swappers. Precise rampage is also clutch for the evasive creatures.

Megalosaurus – Another great way to deal with armor is an armor piercing counter like Megalosaurus has. Ferocious strike to up the attack & taunting shields to protect themselves. This is a solid creature.

Dimetrodon – This may end up being what I lead with. It can’t be slowed, it has defense shattering moves. Another great way to deal with the big armor resilients.

Anyone who battled in the tournament two weeks ago knows Marsupial Lion & Andrewsarchus are going to be on every team. You are going to want counters for them as well. The problem with their counters is that they are mostly cunning creatures which means the resilients will be problems for them. Keleken & Ornithomimus are great options to deal with these 2. But beware! Using evasive strike vs Marsupial lion isn’t that effective as the evasive only blocks the counter. You will take a full attack from the rending move the lion uses. Prowl is no longer broken, so you will at least have a chance to break through the dodge. As a bonus, Keleken’s raking claws attack removes that dodge.

Honorable mention here is the adorable Eremotherium. No turn 1 attack isn’t the best, but being able to basically spam camouflage to dodge, gain speed, and distract is something useful. Cunning rampage keeps them distracted. I’m certainly going to run the sloth for awhile at least.

There are many achievements which may be easier to accomplish in tournament. We will try to lay those out for you when there are qualifying creatures to do so.

We left off the last section with Eremotherium which is a perfect transition to here. I’m sure a lot of you have seen or heard about the elusive “weakest winners” achievement which rewards an adorable Eremo badge. Its earned by winning 35 matches with a team full of commons. This means you have to win the match with 4 commons on your drawn team. A lot of people have mentioned they’ll go for it this weekend. It will not be easy at all. Here are the top 8 common creatures we would recommend:

The * means that these creatures have their own missions associated with them getting takedowns. You may not be far enough along in your missions for all of them, but here are others you may be able to accomplish: Defeating 5 Resilient class creatures with Euoplo will land you 25 attack boosts. Defeating any 25 creatures with Miragaia will land you a spiky tail badge. Lythro’s is to get the final takedown in a tournament match for 250 Pur2 DNA.

As rares are also eligible, here are some others you may be able to knock out:

Depending where you are among the missions, there may be some we are missing here. Refer to your list and check out https://jwatoolbox.com/achievement for any additional information. If you're going to go for it, might as well go all in for more!

I am excited to be able to use commons again this month! If anyone is running an all common team, come show us and let us know how you’re doing!