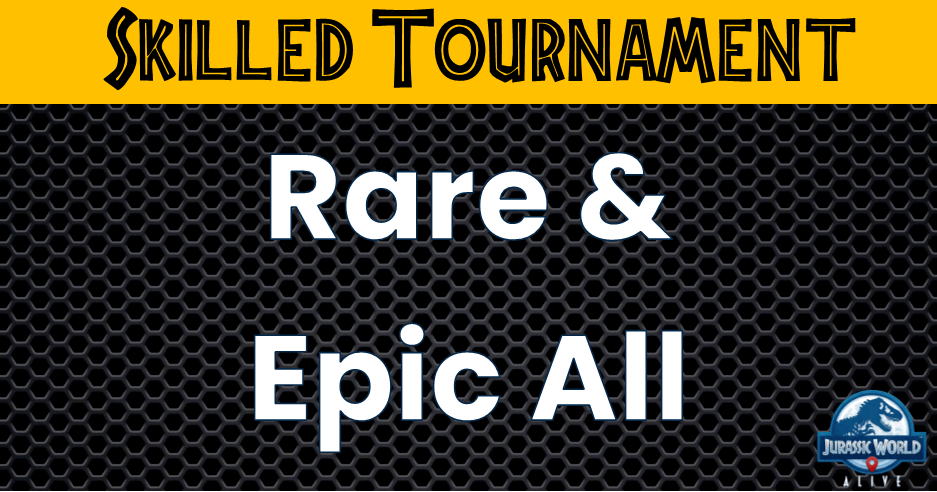 Are you excited? Because I’m excited. Not like Jesse Spano excited, but still extremely excited. This is one of my favorite formats. Epic/Rare all creatures. Why is this one of my favorite formats? Because I love being in pain I guess because I always seem to struggle anytime Sarcorixis is involved (Spoiler alert, she’s involved). We are going to see a lot of familiar faces and even a brand new one! ***HYPE***

Let’s get to it but first off, I want to thank MattE as always for providing us with the sims! His field guide app is amazing and it's highly recommended. 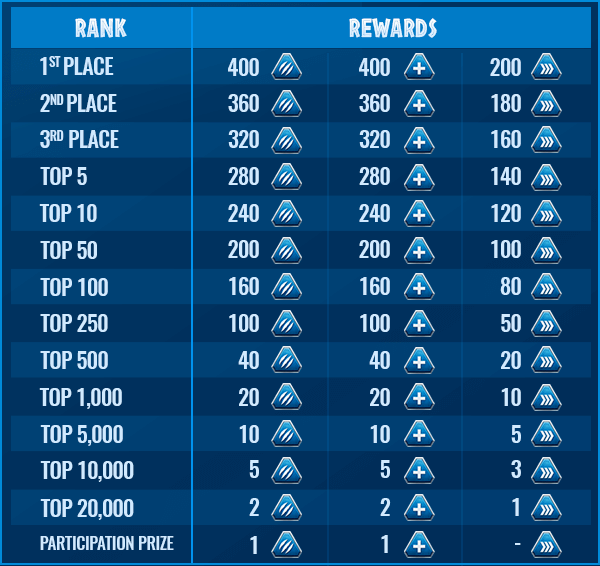 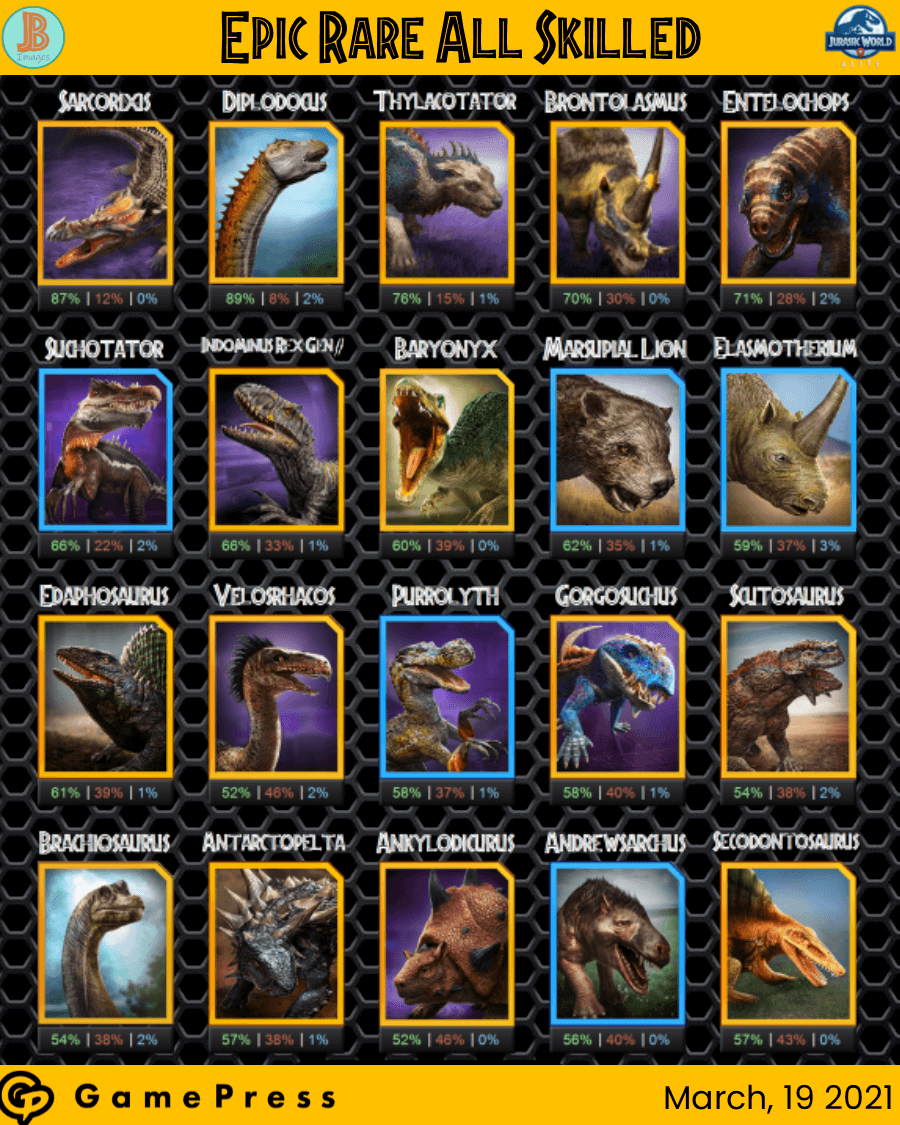 As always, I don’t recommend just grabbing the 1st 8 creatures and running to the tournament lobby. You are going to want to have some team synergy.

Sarcorixis – Well, well, well. We meet again. As soon as this format is announced the first thing I think is “Welp. Gonna have to battle Rixis” and I was correct. A new challenger has emerged however this time which we will touch on. But yea, Rixis is good. If you have never used it before you’ll get the hang of it, immobilize, stun, ferocious impact. Repeat. It’s a never-ending cycle of inflicting pain. Oh yea. 100% resistance to decel.

Diplodocus – Fun fact! Johnny Cash once did a song about dinosaurs and mentions Diplodocus. Probably because he knew how good it is in tournaments. Seriously, he was a smart man and maybe had a time machine. If he were playing, he would be using Diplodocus 100%. Just watch out for the rending creatures.

Thylacotator – Marsupial Lion’s scientific name is Thylacoleo carnifex which is what lends Thylacotator his name, but that’s not all Marsupial Lion lent Thylacotator! Rending takedown! That’s right. 60% of your health doneso. Oh, and it can swap in and distract 100% of an attack and then bleed you 40% DoT turn 1. Yikes. Oh yea. 100% resistance to decel.

Brontolasmus – Can’t  be slowed, heavy armor, 2 rampages! Am I describing myself or Brontolasmus? Its Brontolasmus. Lasmus has great speed control but stuns & fierce attacks can get the job done. Oh yea. 100% resistance to decel.

Entelochops – Ludia refers to this creature as Porkchop (because of its hybrid ingredients) and I think that’s a swine & dandy nickname for it but I prefer “chops”. Chops because that’s what it is licking when it sees a Rixis. So many things it can do. Revenge shattering rampage, revenge decelerating impact. Mutual Fury. Swap in slow. It has so a ton of uses and really can hang with any creature you’ll face. Oh yea. 100% resistance to decel.

Suchotator – If you notice above, almost everything listed so far has resistance to deceleration. But they all bleed. And that’s what Suchotator does best. Unlike Spinosaurus which was really the best bleeder in the previous tournaments, Suchotator has a kit that actually lets it hold its own. Nullifying impact is strong and superiority strike to slow those who can. Oh and he is chonky as the kids say. 4500 health.

Indominus Rex Gen2 – Mutual Fury + Armor Piercing Rampage = bye bye Rixis. The problem with that, is when your opponent attacks & then swaps. Which seems to happen approximately 99%. Or they attack, swap something to die. Then bring back Rixis again. Either way IndominusG2 has staying power. It’s a beast and honestly in mirror matches I still somehow continuously play those wrong. Seriously, if you know the best way to go about that let me know. Thanks!

Baryonyx – This is a fan favorite. Star of season 2 of the hit Netflix TV show “Camp Cretaceous”. Also has fierce moves, a rampage & is immune to decel. Its nice to have a faster chomper that you can’t stop. 30% crit hits like a train.

Marsupial Lion – We’ve seen you enough to know what you do, prowl & rending takedown. Get out of here ya little critter. But ML is good as always. Just don’t let Edaphosaurus or Secodontosaurus get at it.

Elasmotherium – Yea its good. Brontolasmus is better. No reason to run them both. If you don’t have Brontolasmus because you’re missing its exclusive ingredient then well, I would recommend Elasmotherium.

Edaphosaurus – This is what I said about Edaph a few weeks ago “Its here because of the resistances. Possibly the best in this format. Can’t be stunned, can’t be slowed, can’t be bled. 75% swap prevention. 50% against rending which comes in handy…especially considering what has dominated the last few weeks…” I stick by this.

Velosrhacos – I have no idea how to spell its name, or say its name but I do know that it has 2 rampages and can’t be stunned. So let it do work. The only cunning you see in the top 20.

Purrolyth – This croc comes in with its no escape and its rending attack and its regen and its health wanting to be all like “hey guys check me out. I’m gonna mess stuff up” and well its right. This is my preferred “no escape” creature for this format. Well I like Andrew also but I mean Andrew is so played out. [Mugatu voice] This purrolyth is so hot right down.

Gorgosuchus – Another fierce creature that cannot be decelerated. It has a cleansing impact which can work wonders.

Scutosaurus – .It can’t be slowed. It can’t be stunned (great because of the swap in stunners) and it can’t be made vulnerable (another thing we will touch on later). It has 2 revenge moves including revenge protection giving it a shield for 4 turns. It will wear you down. But watch out for the fierce.

Brachiosaurus – Diplodocus is the offensive longneck and Brachi is the defensive. And well guess what. Defense wins championships. I’m going to run brachi, it can’t be slowed. It has shields, it has rampages, it has everything you want in a defensive giant.

Ankylodicurus – ***NEW CREATURE ALERT NEW CREATURE ALERT** This automatically means its going to end up on 80% of teams, just because its new. But its also good. Superior vulnerability & then a rampage? Yea, It also has 100% resistance to stuns & 50% to DoT. So watch out Suchotator! Also if you’ve seen “Raya & The Last Dragon” you can’t convince me that this isn’t Tuk Tuk

Andrewsarchus – “A face only a mother can love but moveset that anyone can. Edaph is a death sentence for Andrew tho so avoid that.” I wrote this a few weeks ago and after facing Andrew over and over and over again, I’m decided that even its mother won’t love that face.

Secodontosaurus - Want protection vs stuns, decel, and rending but you don’t want to use Edaph? Boom. Seco is here for you! Better turn 1 damage output but less health & less speed.

There are a lot of creatures that didn’t crack the top 20 in sims, but you’ll see them on tons of teams.

Titanoboa – Snake is one of if not the best closer in the game. Reminds me of a young me. On Escape Rampage is a beautiful thing. When your opponent has less than 2600 health and the snake slithers out, that pause you see before they choose a move is just them sulking.

Woolly Rhino – Whino is here to make you cry. The swap in stun doing 1500 (2250 if paired with a creature that makes you vulnerable first like Pelta…). Prepare for it. Know its coming because it is. The only way Whino isn’t on your team is if you didn’t listen and dropped it in a sanctuary.

Blue – Low on health, but immune to stuns. Evasive impact to try to dodge at least

Dakotaraptor –  This new raptor may be the one people gravitate to just because its new…also it looks the coolest. Like 10/10 on design. Beautiful creature. 2 rampage moves & sidestep. With luck you could stay alive maybe.

Now there are some achievements that you could unlock this format, but I don’t know if I really recommend it.

The easiest may be defeating a T-Rex with a Spinosaurus but you can’t use Damage Over Time as the final takedown, so good luck with that.

-Using Rampage & Run against a Stygimoloch. Arambourgiana, Ornithomimus, & Pachycephalosaurus are the only creatures that could pull this off. I really don’t recommend it.

-Win 10 matches with a team full of cunning (seriously don’t do this one in this format. Just do it in the campaign).

-Defeat 5 creatures with Megalosaurus. This could be done here I guess.

-Win 30 battles with Koolasuchus gen 2 on your team.

I mean if you achieve any of those this tournament you’re a boss and make sure you tag me in your posts because I’ll give you a thumbs-up emoji.

I hope this helps you out. For the most part, these are going to be familiar creatures and things that most players will have unlocked. If you have any questions, want to ask me how a specific creature does in the tournament, or tell me how much you hated this article my DMs are open on the GamePress discord. DadJokes #1609