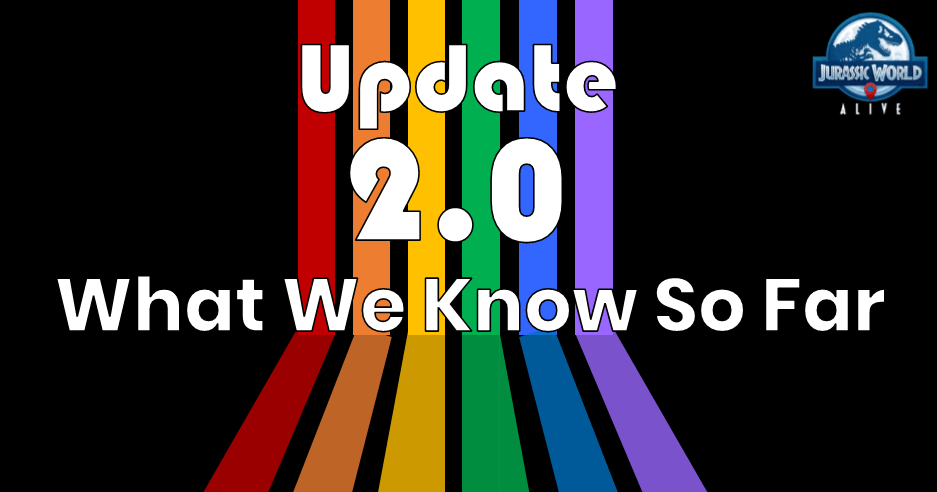 Hello Explorers! We have been anticipating this upcoming update for over 2 months now and we finally have more information! Most importantly, we aren't getting Update 1.15 we are getting Update 2.0!! This is huge in terms of the game as it hints at major changes that are coming in terms of creatures and the game itself. We also got a couple of more teasers today that have us hyped over the new co-op mode! So let's go over what we know so far.

We've gone over this part before, but it's good to refresh what will happen with boosts once the update goes live:

JWA Boost Reset: What we know and what we might expect

We know there will be creature families associated with the new Co-Op mode (more on that in the next section). They have revealed all 11 families and their respective moves. They are:

Check out the full forum post for more information on each family and what they will "specialize" in.

We still don't know exactly how these creatures will play in the Co-Op mode or if the changes made to them will also affect the arena as well. From what we can tell, however, there will be a variety of creatures to choose from and they will all have a specific role to play in the Co-Op Battle. There are several families missing so we expect we could see more in upcoming updates.

Co-Op Mode was teased a while ago, but we haven't hear anything else about it except you will be able to battle together with your friends and alliance mates. Late Friday they sent out more information about the Co-Op mode and we are so hyped about it! This is what the post said:

Over the last few weeks we’ve shared the creature families that will be introduced with the arrival of our new cooperative battle mode in the upcoming update 2.0. We’re truly overjoyed by your excitement and eagerness! 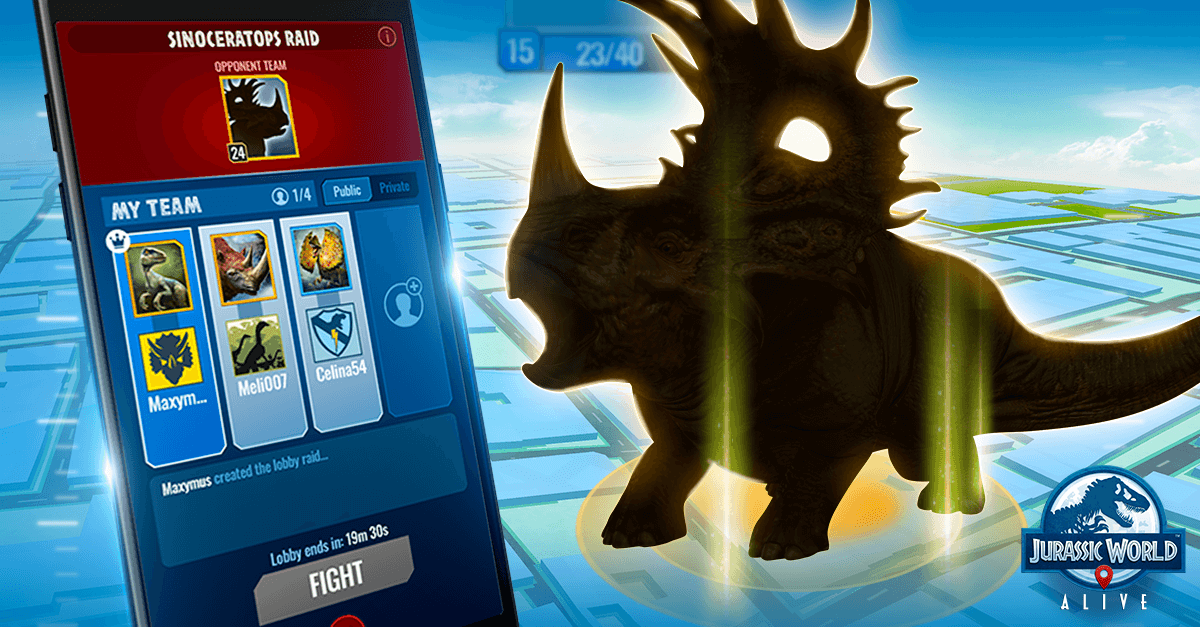 Spot Bosses on the map! While playing, keep your eyes peeled for a Boss to appear. Once you see it, tap on it to start a lobby. Nearby players can join public lobbies, and you can invite your Friends and Alliance members too!! Once that’s in order, start the fight and take down the Boss!

We hope you’ve enjoyed the sneak peek and are ready to play the new upcoming feature!
To continue preparing for the upcoming battle mode in the meantime, keep playing daily and make sure to practice in the Campaigns.

Breaking down the image

So from what we can see, the Co-Op Boss is going to be somewhere on the map and you can tap on it to start a lobby. It looks like the lobby will hold 4 people and each person can bring one creature. There is also a toggle for Private or Public so you can choose to let nearby players in or not. You can invite friends and alliance member so you should probably prepare by friending people in game so you can play together! There isn't much else we can tell from the image and the announcement, but it looks like it's going to be a lot of fun and hopefully a challenge as well!

In addition to the post above, there was an announcement in game that players must have completed Chapter 5 in the Campaign mode in order to participate in raids. That is Mission 44 in the campaign. If you haven't already completed that level make sure you get in there and do it soon so you are ready to Raid when the bosses hit the map.

We had what we consider our first "official" teaser today in the form of 2 images. One in the newsletter e-mail and in-game, and one from their daily Twitter post. 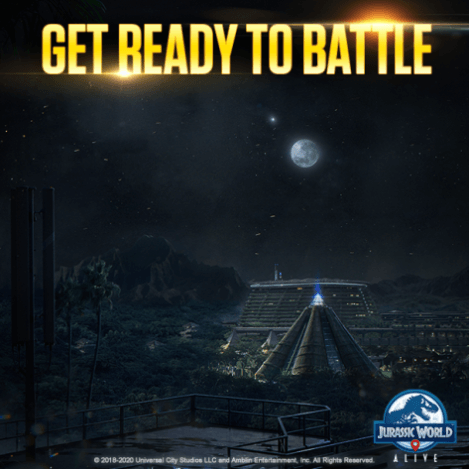 So these look like the Boss we could face in battle and maybe a new arena for Raids? The Boss looks like a big Godzilla and we are all for it. We are hyped about the Co-Op Battle mode and can't wait to see more teasers! Hopefully we'll get some hints on possible hybrids soon.

We are soooo excited about the upcoming update! We were already hyped before but knowing it's Update 2.0 and seeing some of the teasers gives us some light at the end of the tunnel. We have been patiently (well some of us have) for more news since they announced the boost reset and Co-Op mode and we are glad to finally have some more information. We expect the update really is right around the corner (we've been saying that for a month haven't we?). Make sure to stay tuned and follow us on Twitter and join us in Discord for all the latest news and information!

Also, don't forget to click the link below for some in-game hard cash! This is a promotional code provided courtesy of Ludia, Inc and is exclusive to GamePress. It is redeemable one time through Sunday, July 19th at noon EDT.

Click here to claim your in-game cashJoin our Discord!