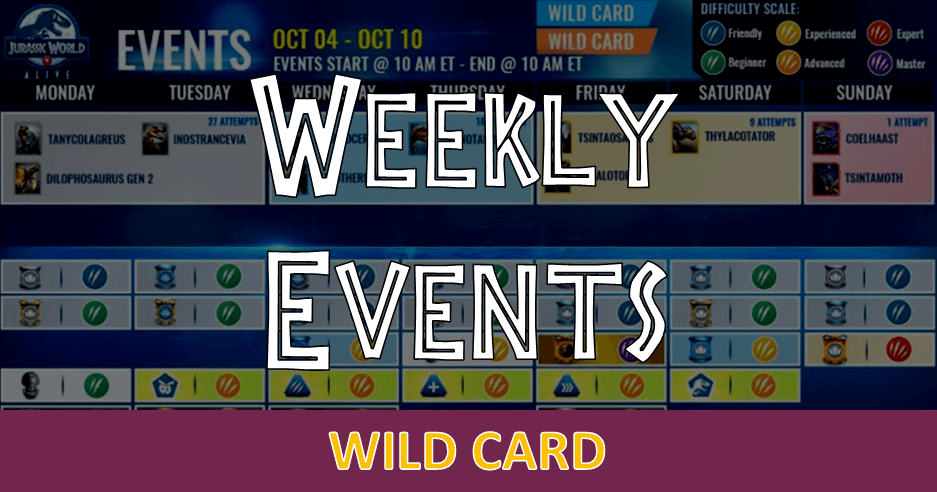 Explorers! The early information we were provided is official, this week we will see all that is Wild Card with a sprinkling of Smiling Day in the middle. Let's go over what we'll recommend to dart and everything else you need to know! 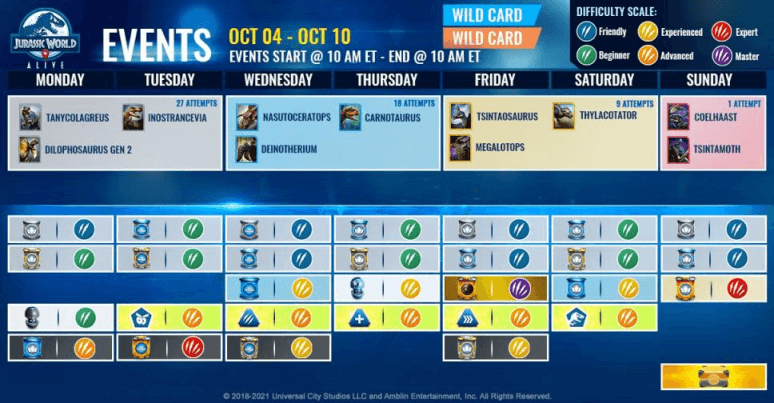 These options are a bit of a snooze fest with two being available everywhere, all the time. We'd surely recommend targeting Inos due to it being local locked. The others do create much better hybrids, however, and you will need quite a lot of the DNA for them. You might be just as well to save some energy and dart whatever you stumble across.

First, it is important to note we again only have TWO DAYS for the rare attempts this week due to Legendary Sunday. Make sure you get yours done by 10am Eastern Friday, as you don't want to leave any behind. This sure is a tough one. We would normally be all over the Event Exclusive Nasuto, but Carno is crazy tempting. You need SO MUCH to build its amazing hybrids, and the opportunity to find these in the wild only comes around once a week. We do have the raid boss to supplement a little, so we'll give a slight edge to Nasuto on its exclusivity. You may even split your attempts in the spirit of the short time frame. We can't find a reason to choose Deino over the others, even if you do have limited access to parks.

You'll surely want to go for the hybrids here in order to save yourself the DNA and coins it costs to fuse them. Unless your Thyla is level 30, this is our top recommendation. Marsupial Lion is event exclusive and very hard to come by, so this is one of the harder hybrids to create and level.

We highly recommend you use this attempt on Coelhaast. Not only is it dominant in its rarity, but it is comprised of an Event Exclusive ingredient in Haast Eagle. The pieces to make Tsinta are available in the wild, and this creature doesn't currently have much use in the game.

Strike Events & Trials will also be Wild Card themed and reward the same creatures found at event drops for successful completion. As MRhino & TenRex were included in the advanced info (but noted they would not be found at Event Supply Drops), we speculate there may be a very tiny chance to receive some of that DNA from the towers.

The Wild Card Strikes & Trials will only be Monday and Friday through Sunday to make way for the Smiling Day theme on Tuesday and Wednesday. As we were told in the advanced information, the following creatures will be rewarded with successful completion:

We will only have one dinosaur specific strike this week, an Epic strike on Friday that will feature Ankylodicurus! We've also got the regularly scheduled Boost Strikes on Wednesday (Attack), Thursday (HP), and Friday (Speed) with an Emote strike on Tuesday and a Title strike on Saturday.

We have a basic scent strike on Monday and Thursday will bring Raptor scent. This scent can draw the following creatures when activated:

This week will begin the Dodocevia pursuit with common Inostrancevia.

This week starts a new month with our daily reward being Brachiosaurus and the arena reward as the extremely valuable, event-exclusive, Arctops.

A brand new AC reward comes in this month in the form of Phorurex! Week 1 of this series will be for COINS!!!!!!

Dual themes make for a fun week ahead where we'll be able some highly sought after creatures. New for 2021, we are going to reach out for more community input on these weekly event roundups. Come join up and let us know what you plan to dart! We look forward to your input and hope to see you on there!