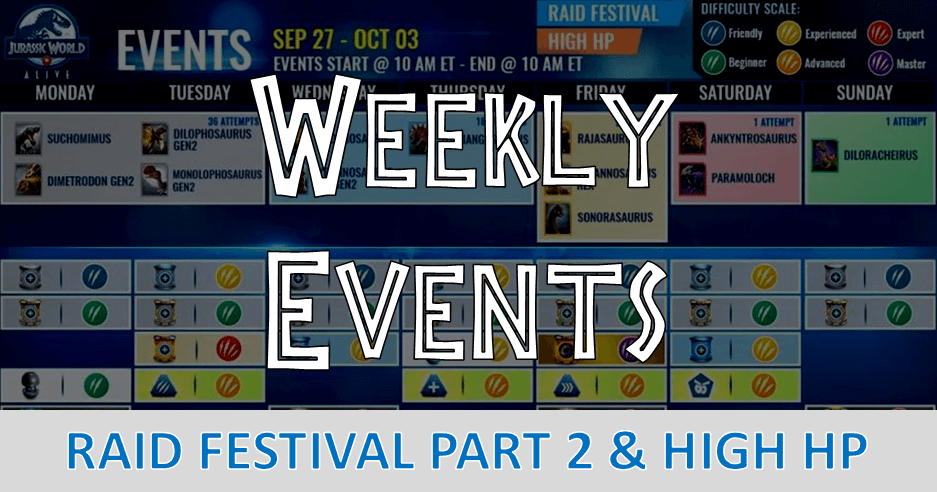 Explorers! This week is going to be another busy week of darting some amazing options as we continue Raid Festival. Let's go over what we'll recommend to dart and everything else you need to know. 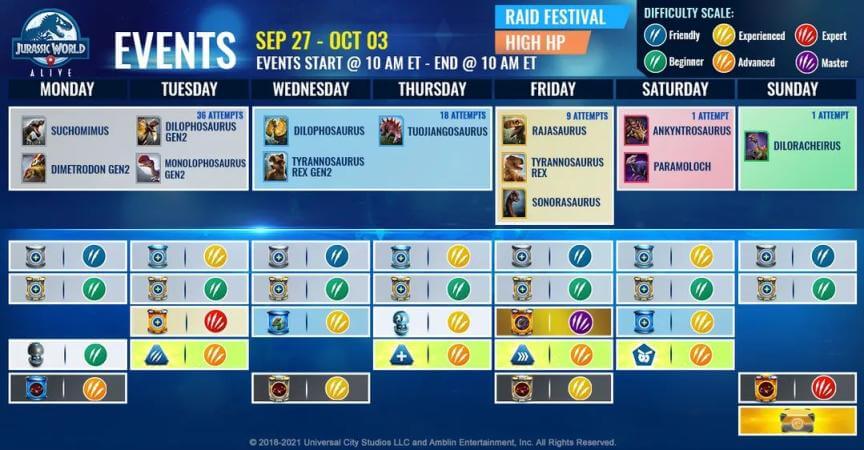 Unlike last week where it was just as well to dart anything, we really will suggest putting your time in to finding Mono2. This one is responsible for an incredible stable of hybrids, and you will need thousands upon thousands if you want to level them all up. Suchomimus isn't a terrible choice when considering it is battle exclusive and helps create the formidable Thylacotator. The others can be found everywhere, all the time, and are really not worth spending your limited attempts on.

First, it is important to note we again only have TWO DAYS for the rare attempts this week due to Legendary & Unique weekend. Make sure you get yours done by 10am Eastern Friday, as you don't want to leave any behind. As far as Exclusivity goes, you'd want Dilo highest on your list. Datamine suggests Oviloph ("Sunshine") may be getting a hybrid at some point, so it would be good to stock up on an event exclusive when you can. The others aren't bad choices despite being global. Trex2 creates multiple hybrids upon hybrids, and of course Tuoj is used for two oft used raid creatures in Dio & Tuora.

IIt is also important to remember we again only have one day to do all 9 of our Epic attempts. This week our choice is much easier, and that is of course the event exclusive Sonora. We all know how incredible Skoona is, and we also know how rare it is we get to dart Sonora in the wild. We won't even spend time on why the others are even worth yours. Just dart the Sonoras.

We aren't going to break down Sunday, as there is only one option so get out there and dart your Diloracheirus. As far as these two go, we'll lean toward Paramoloch because Tuora is such a crucial raid creature. Ankyntro isn't bad, and Tryk does still appear in the arena despite the change to resilient. Free legendary DNA is always welcome, so above all, just be sure to do one!

Strike Events will be High HP themed and will reward the following upon successful completion:

Trials are Stun themed with the following rewards for successful completion:

We will have two dinosaur specific strikes this week. Wednesday will feature Dracorex, and an Epic strike on Friday will feature Argenteryx! We've also got the regularly scheduled Boost Strikes on Tuesday (Attack), Thursday (HP), and Friday (Speed) with an Emote strike on Saturday.

We are back to normal with a basic scent strike on Monday and Thursday will bring Carniverous Therapod. This scent can draw the following creatures when activated:

This week will conclude the Compsocaulus pursuit with Diplocaulus Gen 2.

This will be our final week with our daily reward being Acrocanthosaurus and the arena reward as the extremely valuable, event exclusive, Woolly Rhino. Zones will also rotate after this week, so get the last of your farming done before those creatures move along.

Week 4 of the Spinoconstrictor Alliance Championships will be a Common/Rare/Legendary (All) Advantage tournament for Event Exclusive TITANOBOA DNA! 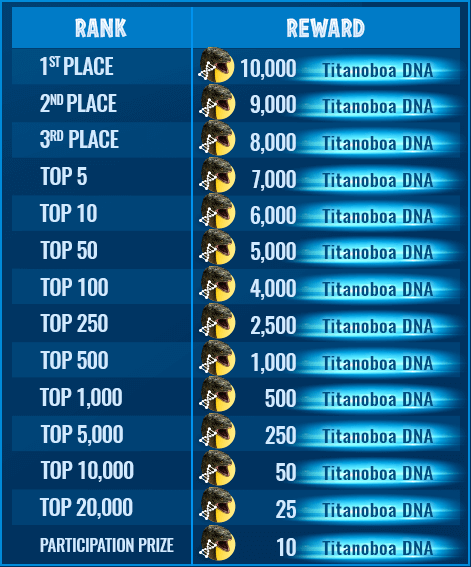 This is another great week that will help us improve our raid squads with some added variety with other themes for strikes and trials (which both include much opportunity for event exclusive dina). New for 2021, we are going to reach out for more community input on these weekly event roundups. Come join up and let us know what you plan to dart! We look forward to your input and hope to see you on there!