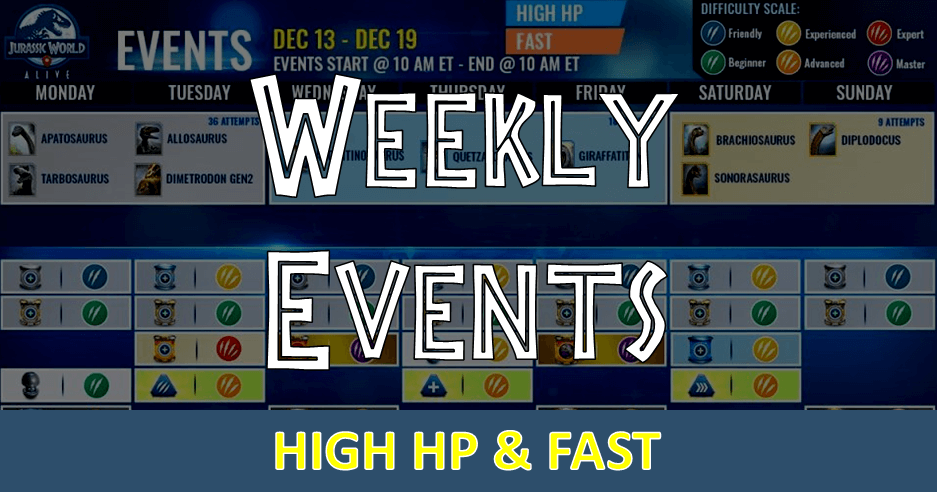 Explorers! After a crazy week of daily ESD rotations, things settle back to normal with a joyous week ahead with opportunities at Event Exclusive DNA! Last time we had High HP under drops was in October, so let’s see if anything has changed since then and what we'd recommend now. 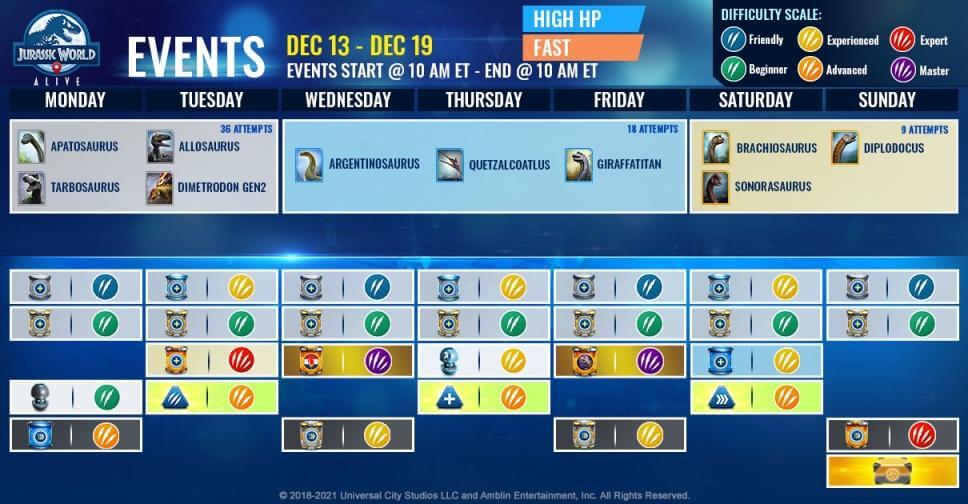 All of the commons for this week are global, so our suggestion will be for you to follow what best suits your goals. If you are working on Thoradolosaur, you will need loads of Allo and Tarbo. Dime2 is essential for Monolometrodon which then goes on to make Monolorhino. Both hybrids are great to have, so that might motivate you to use your attempts toward Dime2. Even though nothing stands out in this crowd, Apato seems to sit furthest back in the shadows.

When we have a week like this, your ultimate plan might simply be to dart whatever crosses your path. 36 is a lot of attempts over two days, and you may be better off not investing extra time seeking out any in particular. That is what the majority of those who answered our poll on Discord plan to do.

We really like Quetz here, as it is event exclusive. Many probably had to look past this as a choice last week because Nasuto and Carno were better options at that time. This is the top choice by those who voted in our Discord poll. It’s really difficult to advocate choosing either of the others over an Event Exclusive. Maxima still has a strong presence in both Arena and Raid. Giraffe is pretty handy when leveled up for Advantage tournament, so a tourney slayer may prefer this choice

Same as with the Commons, when nothing really jumps out, you might allocate your attempts over multiple choices. And when in super doubt, dart to donate!

Oh boy howdy, this is the moment we love to hate, the dream that borders on nightmare! THREE EVENT EXCLUSIVE OPTIONS!

So how do you choose between them? All three of them are forces in Epic tournament (both Skilled and Advantage). We give Sonora a small edge, as Skoona is still an arena force even after the changes to her a couple updates ago. We would go  Diplod next due to the ultimate hybrid. Ludia opted to gut Maxima awhile back which makes Gemini a better goal as the game currently stands. All three of these hybrids are dual threats who appear in multiple raid strategies and can be a decent counter to that dreaded Deer. Our Discord communityis all about Sonora.

Ain't no shame in your game if you'd prefer Brachi. As stated earlier, though not the behemoth of yore, Maxima still has a great presence on both Arena and Raid teams.

Trials will be Fast themed and can reward the following upon successful completion:

We have a special Kingdom strike on Wednesday which we are unsure what exactly that entails. There will only be one dinosaur specific strike this week, a Scorpius Rex gen 2 tower on Friday! We've also got the regularly scheduled Boost Strikes on Wednesday (Attack), Thursday (HP), and Friday (Speed).

We have a basic scent strike on Monday followed by Carnivorous Therapod on Thursday. This can draw the following creatures when activated:

December continues with the Daily reward of Allosaurus Gen 2 and the arena season reward, the newly introduced event exclusive Cervalces!

Andrewtops Alliance Championships roll on with a Rare (All) Advantage tournament for Glyptodon and Andrewsarchus DNA! 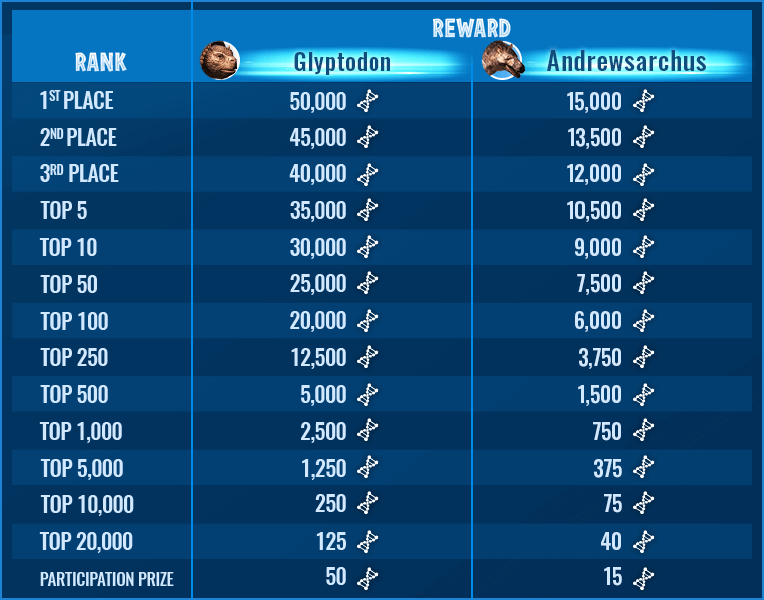 We look forward to a relaxing week of darting some awesome creatures, a few of which are event exclusive. Come join our Discord and let us know what you plan to dart! We look forward to your input and hope to see you on there!