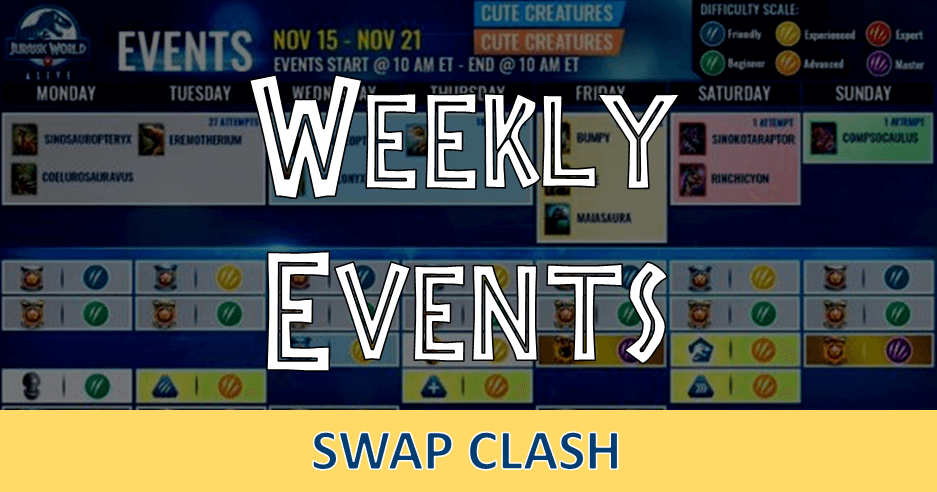 Explorers! We have a busy week ahead with the new theme Swap Clash under event drops and in strikes and Debuff for trials. Let's go over what we'll recommend to dart and everything else you need to know! 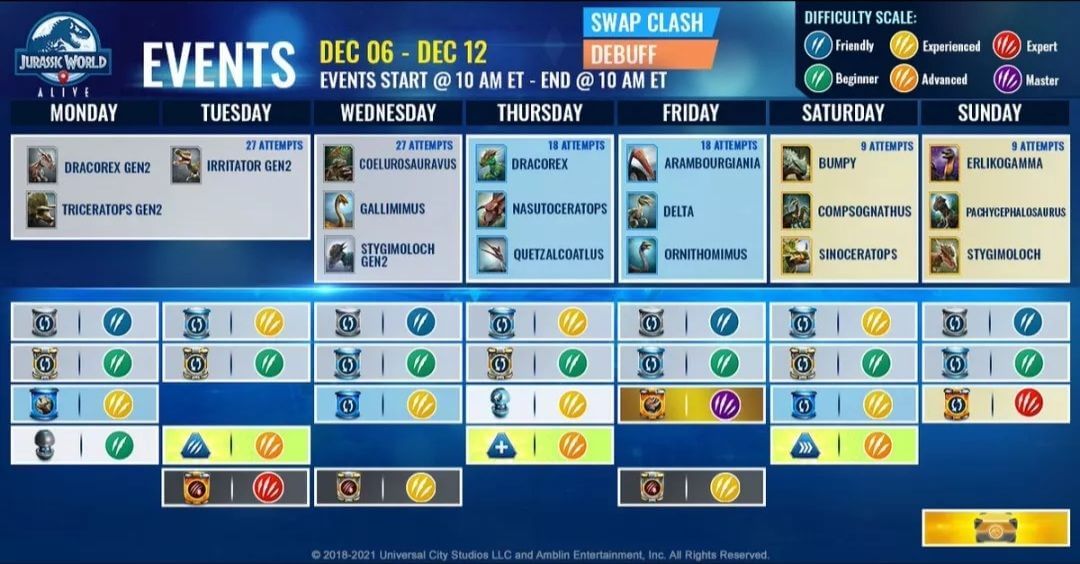 The first part of this week will feel normal with 27 common attempts over Monday and Tuesday. Despite being available everywhere, all the time, Draco2 will be your top target if you haven’t finished Phorurex yet. Irritator2 is a fine second choice, as it’s locked in to one day of the week. Tri2 is also available everywhere, all the time, and it doesn’t create quite the hybrids Draco2 does. We do not advise you spend your attempts on this one over the other two. However, 27 is a lot of attempts over two days so perhaps your best plan will be to dart whatever crosses your path.

Come Wednesday, things get a little crazy with just one day to do each set of attempts. We are faced with more commons, and we think Coel is your best bet here, especially if you don’t have easy access to parks. Galli and Stygi aren’t terrible options, though, and 27 attempts in one day is twice as challenging as two. This is another case where you may go with whatever crosses your path.

Thursday might as well be nicknamed Event Exclusive day because that’s what all 3 options have in common (until they fix the issue with Nasuto which was supposed to be released to the wild with the recent update). Even though the plan is still to release Nasuto of its event exclusivity, we think this is your best bet of these three options. It feeds so many hybrids, and they are all top dogs. Draco was once a major force but that has not been the case since they revamped Resilient moves. Quetzorion looked for a moment that it may have seen a resurgence, but that no longer seems to be the case. Same as the other days, however, 18 is a lot of attempts to squeeze in to one day. Considering there are also raids to be done, you might stick with whatever crosses your path in the interest of your own time.

Our second day of rares feels a little meh after the first day’s choices. We like Ornith the best here for its Battle Exclusivity and the fact it is a beast in qualifying tournaments. Delta would be our second choice solely because Arambo is global. Being that these do feel somewhat underwhelming, once again you may prefer to just dart whatever crosses your path due to the limited time.

Bumpy is your go-to here for its exclusivity and excellent new hybrid. Compy is a nice alternative, and we’d least suggest you go for Sino. If you’re not already tired of reading it, squeezing all attempts in to one day can be challenging, and it’s not a bad thing if you’d prefer to just go for whatever you stumble upon.

The last day of the week brings an interesting day of Epics. It can always be nice to dart a hybrid (Erlikogamma) to save the DNA of the components as well as the coins it costs to fuse. However, Stygi is a fairly hot commodity right now with the new hybrid it makes with Bumpy. Personally, I will likely go for Pachy, as I am very close to finishing my long term goal of maxing all the cats. I need this DNA for the last one left, Smiloceph. Like the other days, these are all nice choices, and it can’t hurt to just dart whatever crosses your path.

Strike Events are also Swap Clash themed and will reward the same DNA found under event drops. Trials are Debuff themed with the following possible DNA rewards upon successful completion:

We have two dinosaur specific strike this week, and they are both great! On Monday, we will have a Cervalces tower followed by a Woolly Rhino tower on Friday! We've also got the regularly scheduled Boost Strikes on Wednesday (Attack), Thursday (HP), and Friday (Speed).

We have a basic scent strike on Monday followed by Crocodylidae on Thursday. This can draw the following creatures when activated:

This week concludes the Andrewtherium pursuit with the Rare park spawn, Deinotherium.

It's a new month with a local rotation and a new Daily reward of Allosaurus Gen 2! The arena season rewards will be the newly introduced event exclusive Cervalces!

We move on to a brand new Alliance Championship reward in Andrewtops. Week one will be a Rare (All) Skills tournament for COINS! 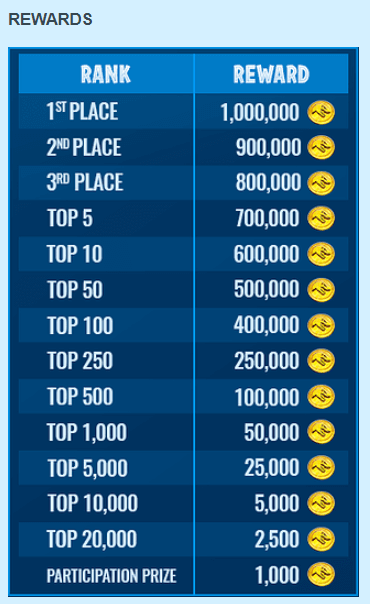 This is a crazy week ahead with almost daily turnover of event drop options. But we like what we see and look forward to the opportunities for some great DNA! New for 2021, we are going to reach out for more community input on these weekly event roundups. Come join up and let us know what you plan to dart! We look forward to your input and hope to see you on there!