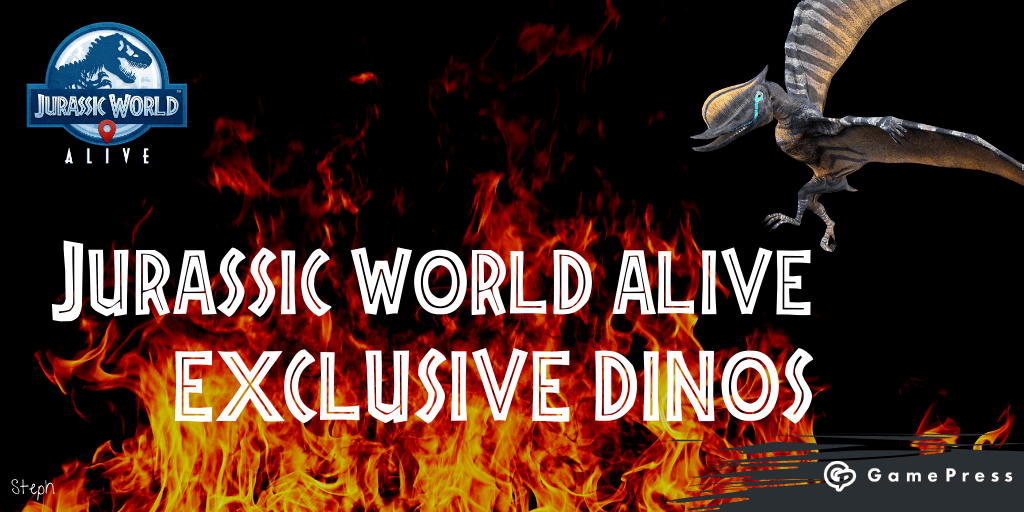 Warning: This article contains opinions. These dangerous things can be offensive to some people. If you are one of those people, please go read one of our other non-opinionated articles instead.

If you are still here, that means that the warning was not applicable for you,  and therefore you can deal with opinions! Great! Let's get started!

My favourite parts about every update are the new creatures that can be added. You get to see the patch notes, see some videos on YouTube about the new creatures and people playing with them and you’re getting excited about playing with them yourself! Then the update comes around, you start to explore the map, unlock some creatures, but after a while there is this feeling that you just cannot find certain creatures in the map. Then GamePress reports that the dinosaurs you could not find would not spawn in the wild. All excitement about the new dinosaurs gone in one instant.

I know for sure that I am not the only one that feels this way. I was so excited to see the Woolly Mammoth, Woolly Rhino and Megaloceros added to the game, and the Patch Notes got me hyped up. However, then we found out that they were not spawning in the wild and being either Incubator Exclusive or Event Exclusive. This trend started ever since the introduction of Pterosaurs in 1.4, where you could not obtain Dsungaripterus besides Events. This article is going to be me ranting - ehm, sharing the opinions I hold and offering some solutions I might implement to reduce this Exclusivity.

Time for a small history lesson. When these Exclusive dinosaurs were first introduced, Ludia called them ‘Tournament Exclusive’ and they held tournaments where you could obtain that DNA. That was great. The further you were in the Arena, the higher the amount of DNA you would receive. It was similar to how the Seasons are now, only then with more Exclusive DNA. However, they shifted from that to Arena Exclusive DNA as rewards, rebranding the ‘Tournament Exclusive’ DNA into ‘Sanctuary Exclusive’. This term was first used when Nasutoceratops and Allosaurus G2 were added into the game in 1.9. And in 1.11, two more were added: Woolly Mammoth and Megaloceros (Woolly Rhino can be found in Epic and Premium Incubators, effectively making it a P2W and/or luck-based creature). The Mammoth has a Pursuit active to let people dart it and Megaloceros (the deer) is not even available at all, making its inclusion almost pointless.

My View on Exclusivity

So let’s get the obvious opinion out of the way: I do not like the Exclusivity Ludia implements on some dinosaurs. When they introduce a creature and talk all about it in their Patch Notes, I feel that it should be available through a method that does not involve Events. I do not consider Arena Exclusive DNA as Exclusive DNA, even though it sounds like it is. There is a method of farming them without the use of Events, so I do not consider them Exclusive. What I consider Exclusive are creatures like Dsungaripterus, Diplodocus and Megaloceros; creatures you cannot obtain from Incubators or by darting, only by having them featured in Featured Dinosaur Events.

I already know what you are going to say next: ‘Bart! Bart! You can just use Sanctuaries to grind these Exclusive dinosaurs!’ And that’s right! You can! But that is not the point that I am trying to make. Of course you can obtain them from there. But you are relying on someone else to obtain them, because they need to put it in the Sanctuary you and your Alliance have. If you are a single player person who does not have an alliance (something I doubt you will be, but still). I would not want to rely on other players to get a certain dinosaur.

Another problem I have with these Exclusive dinosaurs is that Ludia has this stance:

‘Some dinosaurs are harder to obtain than others. We want to reward the players who got them by making them (and their possible hybrids) more powerful by dinosaurs you would find in the wild.’

Editors note: This is what they say using my wording, just FYI.

So not only are they difficult to obtain, but they are also more powerful than regular dinosaurs in some cases. Taking a look at our 1.10 Tier List for example, the two non-hybrids you see in Low Apex, the highest any non-hybrid has gone so far, you see Diplodocus and Allosaurus G2, both of which fall under the Exclusive category of dinosaurs I keep mentioning. Even in-game descriptions of dinosaurs tell you how powerful they are. Take a look at Dsungaripterus’ description:

The curved snout of the Dsungaripterus helps it to collect the shellfish that serve as one of its dietary staples. The strongest of the counter-attack specialized pterosaurs, Dsungaripterus can increase its damage over multiple attacks.’

‘The most powerful of all counterattacking pterosaurs.’ That is quite a thing to say about a creature of the second-lowest rarity. I won’t go into rarity and power here, that might be an article for the future if people want it and this article does well. Anyway, back to the point – These dinosaurs are not only as inaccessible as you can get, but they are also more powerful! And that’s not even taking into account their hybrids. We all know how powerful Dsungaia or Geminititan are, and the explanation of that is due to the fact that the DNA is harder to get.

As I said before, I do not like Exclusivity to that extent. Sure, Featured Dinosaurs events help out a great deal, but a lot of the time these Exclusive creatures help a lot with obtaining them, but you’re facing a choice with them: go for the exclusive DNA, or go for the DNA you can easily find, but really need? I for one had that decision when we had the Pterosaur week a while ago. Dsungaripterus was one of the 5 rares you could pick from, but all other rare Pterosaurs had great reasons to dart as well. Arambourgiania is Arena Exclusive, Quetzalcoatlus has an amazing superhybrid in Quetzorion; the list goes on. So this choice makes them even more exclusive. Taking a look at another case: the Lockdown week. This one features the Epic creature Diplodocus. It is paired with two highly desired Epic creatures, namely Darwinopterus and Gryposuchus. Again, all three dinosaurs have great value and all have a right to be darted. So in that regard, this DNA might be even more exclusive.

So here is the part where I ask Ludia: Why add these creatures, if you are not intent on making them available from the start of the update? Many people read your Patch Notes and get excited about the new creatures, only to find out we cannot use them due to the fact you make them ‘Sanctuary Exclusive’! I want to be able to use these new creatures from the start. Hunt for them, explore the Arenas to obtain them, not get them gifted to me by participating in Events or feeding other people’s creatures in Sanctuaries!

OK, rant over. As you might have gathered from this article, I am not thrilled by these Exclusive dinosaurs. I want to hunt them, battle in the Arena for them. The way they are now, to me, is ridiculous, and I do not like it as much as I would have hoped. The least Ludia can do is to make them more accessible by making them the Season Reward creatures instead of the Arena Exclusives we are getting now, reverting them back to the Tournament Exclusive status they once had. But it would be even better if we release them into the wild or in Arena Incubators. That way we can have a source of gathering them that aren’t Sanctuaries and Featured Event creatures.

Anyways, I hope you enjoyed my rantin- ehm, my article about this! With the recent introduction of Megaloceros and the Woolly Mammoth I felt like I had to write about this, and I think I managed to convey my thoughts on the matter well. Let me know what you think about it either here in the comments, or discuss them with me on the Discord server! I am more than willing to discuss this matter with everyone, so be sure to hop on! We hope to see you in the server! Sorry for the lack of articles from me lately, I will try to get some more articles out for you in the near future!