Rare and Common Skills Tournament: Top 25 Dinos according to the Sims 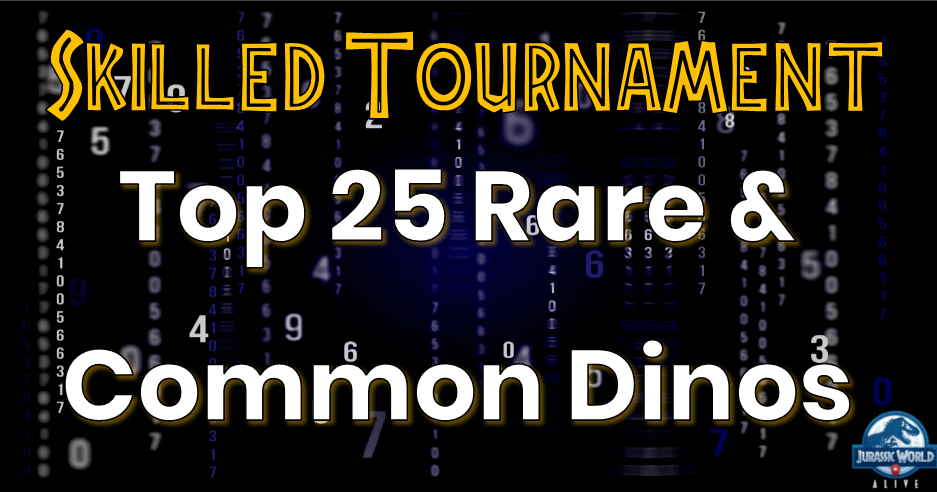 Hello again Explorers! For the 3rd weekend in a row, we have another skills tournament slated for this weekend and it is going to feature Common and Rare dinos. Here are the details on it: 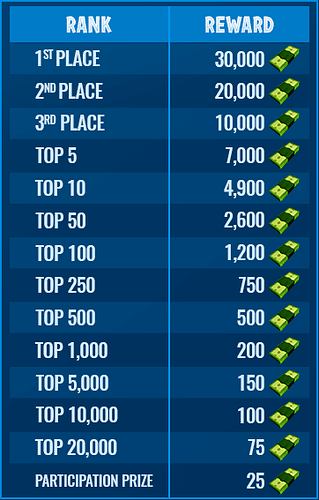 With the entry fee being 15 HC less than the participation prize you might as well enter and play one battle. Even if you only win a couple of games, you will at least make a profit from it.

Just like last weekend, there are a LOT of dinos to choose from for this skills tournament. And once again they could be dinos that you haven't played with for a while. And with the lower rarity requirements, this tournament should be available to more players overall.  In total, there are 81 different creatures you can play with.

To answer that we went back to our Battle Simulator tool and did a simulation of all common and rare dinos against each other.

Because we love infographics, we created one to show the top 25 common and rare creatures. To the right of each image you will see the win (green), loss (red), and tie (blue) percentages. A tie occurs when either the match exceeds a certain maximum number of moves or (more often) when a bleed causes both dinos to be dead at the end of a match.

Huge shout out to our artist OrangeRex for putting together this graphic! So without further ado, here are the top 25 Rare and Epic dinos ranked in order according to the simulator we ran: 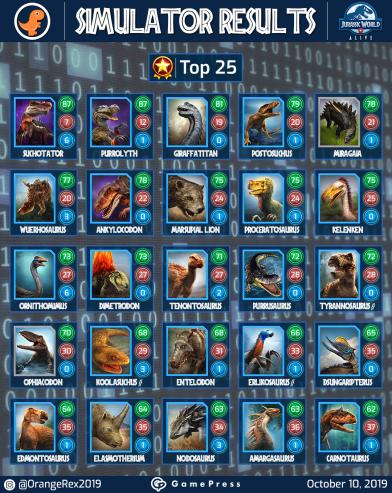 Once again, one of our favorite dinos to hate, Dracorex Gen 2 (or the OG rat), isn't listed anywhere on the top 50 results. Since this dino solely relies on its swap in damage, for the most part, it doesn't do well in the simulator results. However, that doesn't mean it isn't a good option in this tournament. 2400 swap in damage is nothing to scoff at and something to think about when building the rest of your team.

Suchotator once again shows how versatile it is for a rare creature coming out on top in the sims. It can bleed, nullify and distract with a decent HP pool to boot. It can be a decent starting dino, or you can leave it to the end and force people to make a choice. You'll want to think about running some creatures with immune or cleanse so it doesn't have a chance to bleed or distract you.

As mentioned above, Dracorex Gen2 (DG2) is probably going to be very prevalent in this tournament. Keep that in mind when selecting your team because anything that has less than 2400 HP (like the Raptors) has a chance to immediately get one shot. Unlike its hybrid Dracoceratops, DG2 is also very unlikely to be able to get in and out of a match easily. So use it wisely if you do decide to put it on your team.

Since we'll have DG2 running around everywhere, you might want to think about running something that can take it out after it comes in. Postosuchus is a guaranteed kill on DG2. Marsupial Lion can take it out in 2 turns with Minor Rend and then Rending Takedown.

For the most part, people have been pretty positive about these weekend tournaments. This is the 3rd skilled tournament in a row so it makes us wonder if the next one will be boosted. Our discord has already been buzzing about their teams and what will be the best dinos to have. While the simulator isn't the end all be all hopefully it helps you get an idea of what dinos might be good to use. Since this is a skills tournament, all the creature levels are set and friendly battles will be a great way to practice. Try a variety of different dinos and see what works best for you. Most importantly, have fun! Make sure to join our discord to get in on the discussion as well!