Thoughts on Building Your Team in the 2.0 ERA 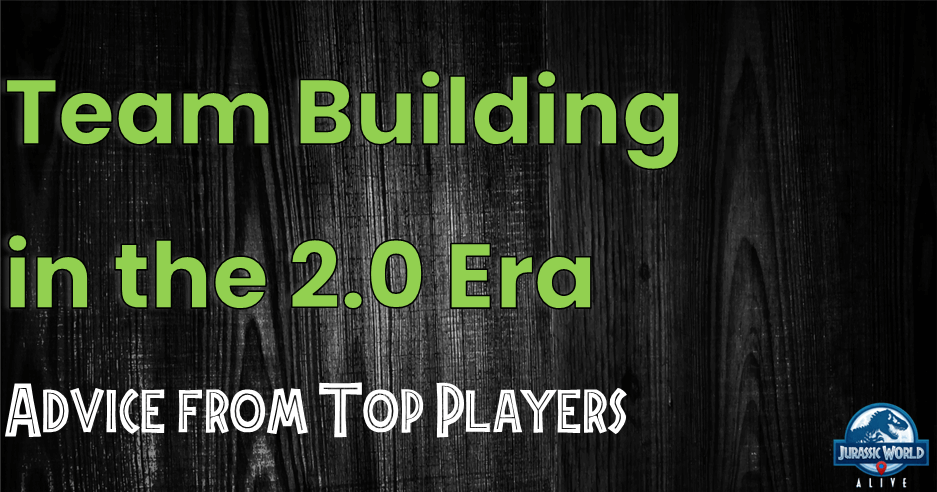 We often get a lot of questions about Team Building and how to boost specific creatures. Many people are looking at the Leaderboard to try and figure that out. So we asked 2 of the top players in the game, practicekat and IDGT, to give us some insight on how they decide on what creatures make their team as well as how they decide how to boost them. This is what they had to say.

Thoughts on building your team

We are frequently asked- how do you build your team? Especially now with so many considerations in the 2.0 era. Team Building includes a number of components but should primarily focus on team synergy. Going for what is “hot” or on every one of the top teams is often not the best strategy. It leaves you in a “boost war” with your opponents- You do not want to be in a boost war with your opponents.

Before every team build- we do our research first. At the release of every patch note. (2.0, of course, was immense.) Doing research saves time and resources. We also “test” extensively with friendly battles to play out scenarios and see if the patch notes match what actually happens in the arena.

2.0 has become less of a vacuum- not many matches focus on the head-tohead (H2H). Creatures are used more to “chip” and set-up or to swap-in and finish off. Predicting your opponent’s next move is no longer as easy as checking the moves available on what you presently see. So building for this is critical.

Knowing the data for average builds you face helps to find the most optimal build for what you plan to compete with. For example- we know the average build we face for Magna has health (HP) at 5214. So IDGT’s Spinoconstrictor’s (SpineCon) attack (ATT) is set at 1580. Its precise rampage does 3160. This leaves Magna with 2054 HP- leaving it within range of both rhinos on his team. Also, at this ATT build, we know SpineCon can kill a T13 HP Trykosaurus (Tryko). For Ardentismaxima (Max) - worst case- it is doing greater than half damage, best caseSpineCon comes out with a victory. Phorusaura (Phoru) has a lesser chance to survive vs. this SpineCon build unless it swaps out TURN 1.

Practicekat built Erlikospyx’s (Spy) ATT to kill up to a 7200 health Tryko on swap-in with revenge activated. Its speed is set to be faster than most speedsters after MSS. And its HP is higher than the deadly Phoru Instant Rampage. These examples are given not to tell you how to exactly build these creatures- but to provide examples showing you reasons why these creatures were built this way for our teams. Each build should have a purpose that makes sense for your team and circumstances.

One more important note on team synergy- sometimes making that oddball choice gives a great advantage. Look at SpineCon again for example. Many do not care much for it- but paired with the proper teammates - it can be deadly. It probably is IDGT’s favorite starter. Similar to what Secodontosaurus was prior. Paired with the rhino duo it gains even more advantages- creating powerful team synergy. If the opponent doesn’t like the matchup and swaps, they are still getting hit for some damage on the way out- which helps a ton during the close of the match.

So many scenarios need to be looked at for every build. Strictly focusing on one matchup is the wrong way to go about it because the chances of that happening are fairly slim. And if a creature is only good for another, it’s not worth it. Even dinos that are not meant to counter another can potentially because of boosts. (Not to say we like boosts, just stating a point.)

Boosts and Planning ahead

Boosts, of course, need to be considered when team building. What resources do you have? You may have your eye set on one creature- but it is not in the cards for a long time. What are your options then? A. Focus on something else that fills similar needs, while also fitting the resources on hand or B. Run something un-boosted that does well while you work on your desired creature in the background.

Critically important as well is to plan ahead. Many see what the Meta is now. But- where are we going? For example- another reason PK chose Spy was for the (M-Rex) future. Even though Mortem Rex is not prevalent in the arena now- it is going to be. So why not build in preparation for that eventuality? Spy also fills a need now as being able to handle some major threats and even though it may not always win the H2H- once again- it sets up something else.

While it is impossible for us to tell each player exactly what is needed and what fits their style, we hope the information given here helps provide a foundation for decision making. Good Luck!

Thank you again to practicekat and IDGT for providing this invaluable insight! If you have questions on team building or boost allocation make sure to join our discord where we have a large community of players willing to help you out!

Also make sure you click the link to claim your free $50 in game cash! This link is provided courtesy of Ludia and must be claimed using the device you play the game on. It is good until Sunday, September 20th at 12PM EST.

Click here to claim your in game cash! Join our Discord