GP JWA Poll Results: Which creature do you think is the strongest? 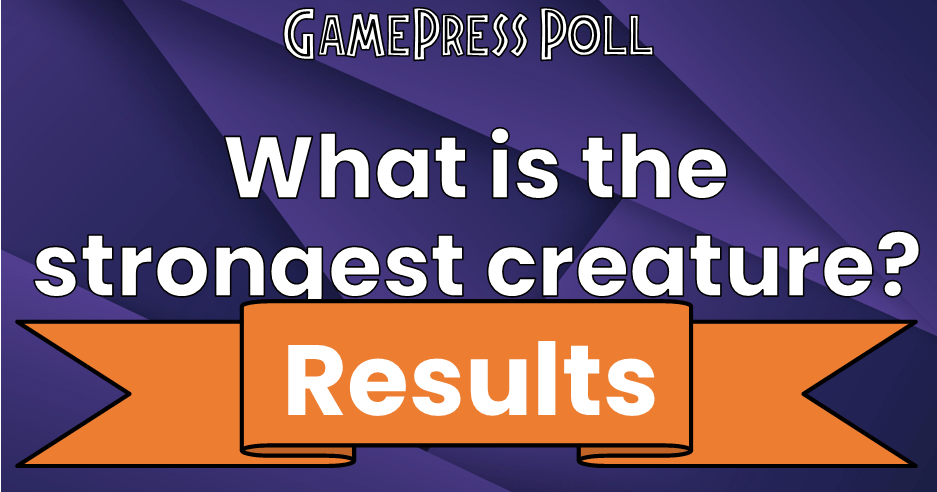 Last week we put out a poll asking the community what they think is the strongest creature in the game. This survey was actually for a special project for Ludia. They asked us to tell them what we thought the strongest creature is. Since we try and represent the JWA community, we decided to do a poll and we had almost 1,000 people fill it out. Here are the results.

Strongest Creature in the Game

Since we believe each arena has a different meta, we approached this question a little differently. We asked people what arena they were in, and then which creature they thought was the strongest. Then we broke down the results by arena and the results were fascinating. First, we'll show the overall votes. 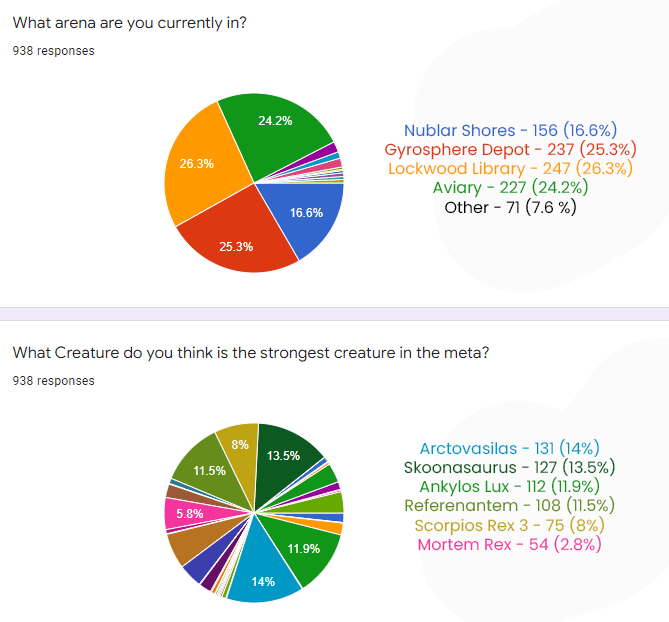 As you can see, a majority of the votes came from people in Aviary and higher. Overall, it looks like Arctovasilas is considered the strongest, with Skoonasuaurs, Ankylos Lux, and Referenantem not too far behind. We had several people write in Impertosuchus and we are assuming that is going to be extremely strong once it's available in-game, but we won't see it in the arena for another 3 months at least. So how does it break down by arena? Let's break it down even further.

Since we didn't have a large number of players in some of the lower arenas, we lumped those together. This is what Mt. Sibo - Lockwood Estates looked like. 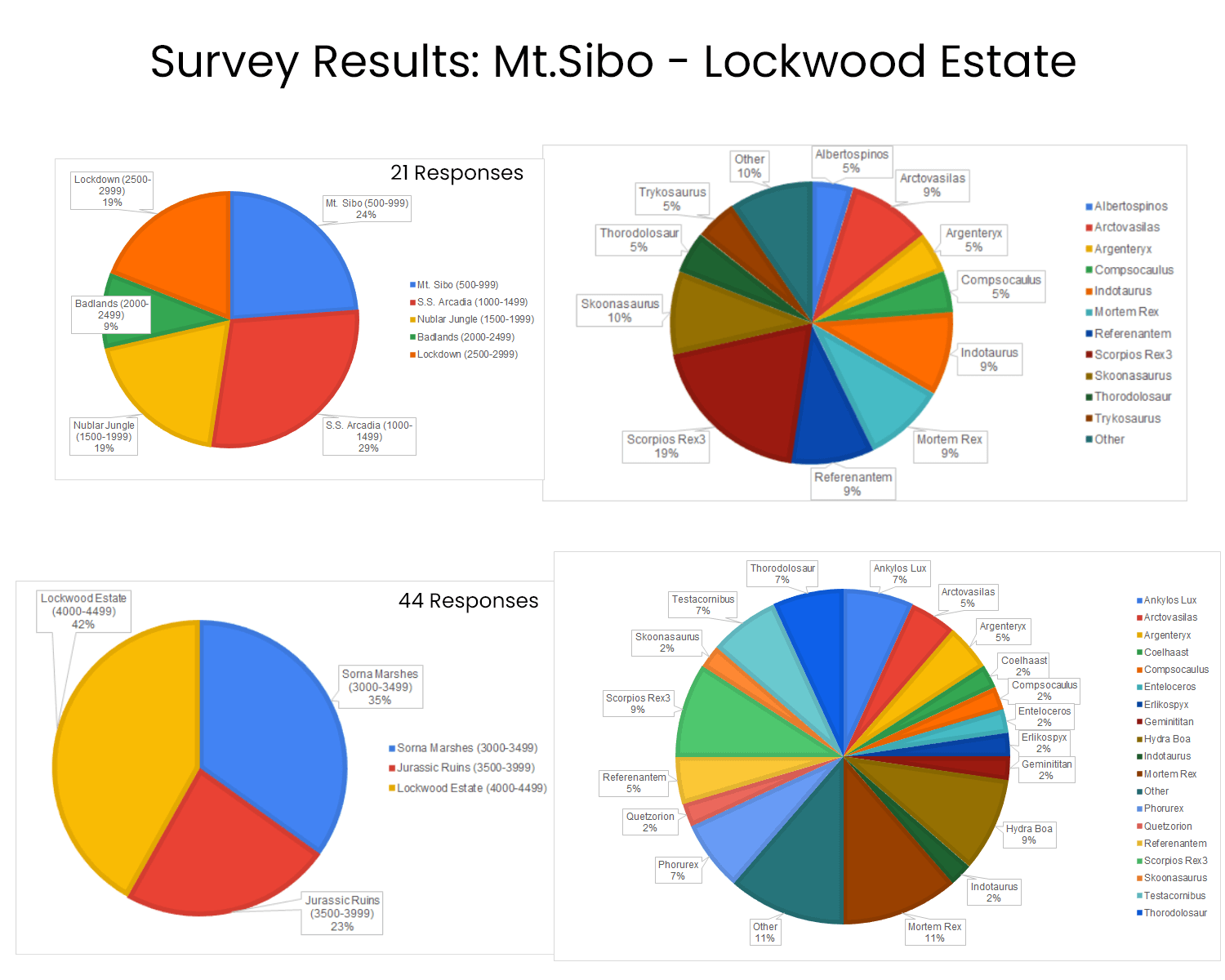 As you can see, Scorpios Rex 3 and Mortem Rex seem to be two of the bigger threats in the lower arenas. Morty's new buff makes it tough to stop once it gets going and the moves and resistances on SR3 make it tough to take down without taking a lot of damage yourself. You can't swap into either of them easily either. Thorodolosaur also gets honorable mention in these arenas. While it isn't the creature it once was, it still has a big hit, an instant move, and decent resistances for a Fierce creature. I can see how many players without a lot of viable cunning creatures could still have issues with it.

Moving up to Aviary and Library we see new threats start to emerge. 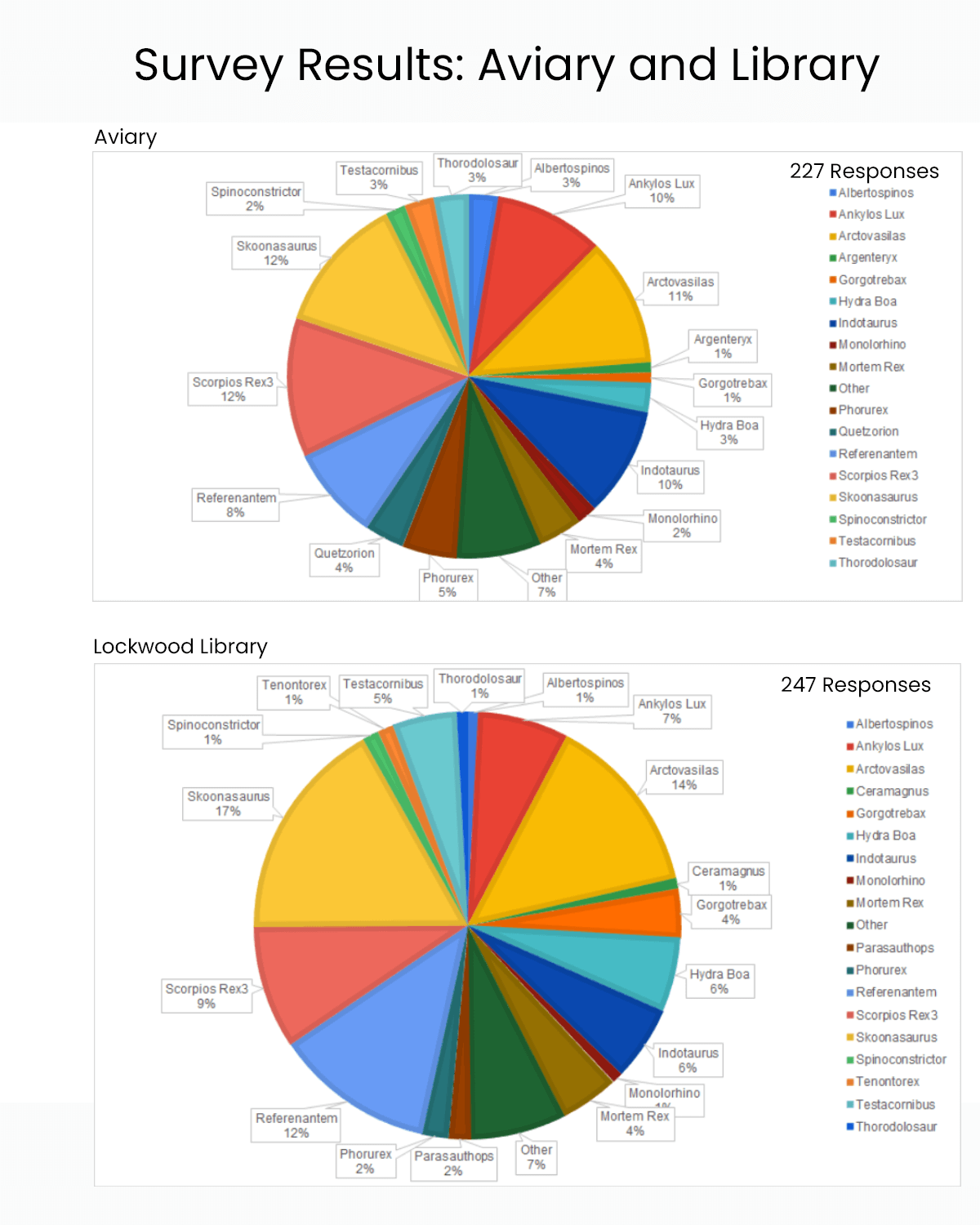 Aviary and Library are when the Apex start to really make their presence known. Skoonasaurus, Arctovasilas, and Ankylos Lux seem to be the biggest threats. Skoona is especially difficult according to the comments because many of the bleeders (like Albertospinos) and other Fierce aren't at the same level as the Skoona they are seeing. High HP, counter-attack, a recently buffed distracting impact, and an instant shield move make it tough to bring down. Bear is deadly once it's set up and you can't really swap out of it. Ankylos Lux can be swapped in on a non-shield breaking creature and use constant shields to take out the creature without even taking a scratch.

Gyro and Shores are considered the "end game" arenas. Most teams are on average lvl 28 with shores seeing predominately level 30 teams that are mostly fully boosted as well. 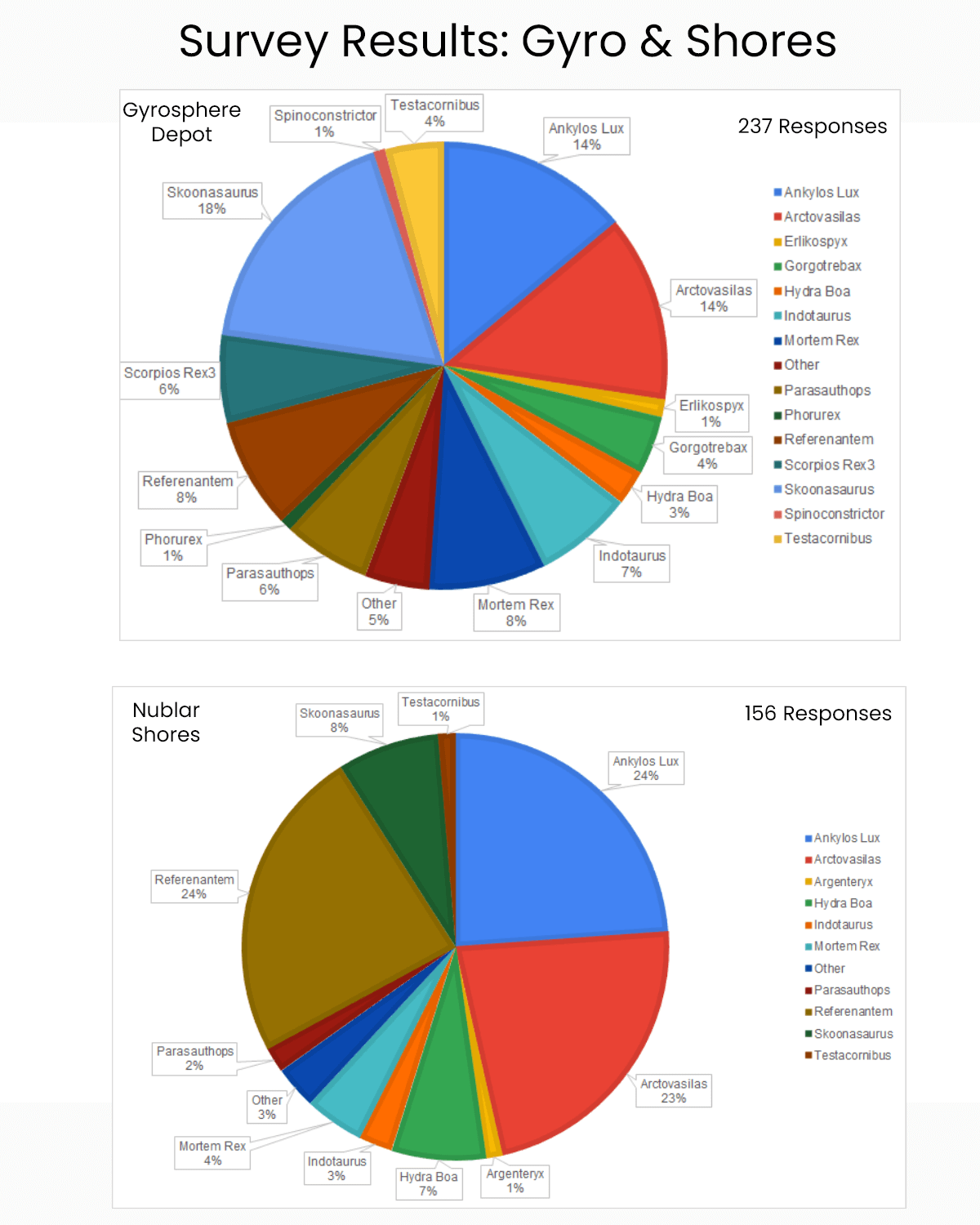 Many of the same creatures that are "strongest" in Aviary and Library continue to be strong as you move up in arenas. The biggest difference is, in Shores especially, the addition of Referenantem. The reason you most likely don't see this creature being considered the "strongest" in other arenas is the inability for people to be able to boost it. Most shores players have the capacity to move boosts around easier and were able to put boosts on it since the update when it was buffed. It has an incredible kit, great resistances, and can reduce many opponents' attacks to zero. The HP on it is unheard of for a cunning creature making it even harder to bring down. We can see why this was voted one of the best in the game at this level.

Thank you to everyone that completed the survey and if you are a data nerd like me, I hope you enjoyed seeing the results! The biggest takeaway of this all is to remember that when talking to other people about creatures, their team, and what they have trouble with, arena matters. The survey shows that players in Estates are having a much different experience than those in Library. What creature did you think was the strongest and why? Make sure to join our discord to let us know!