JWA: Building a Sustainable Player Base 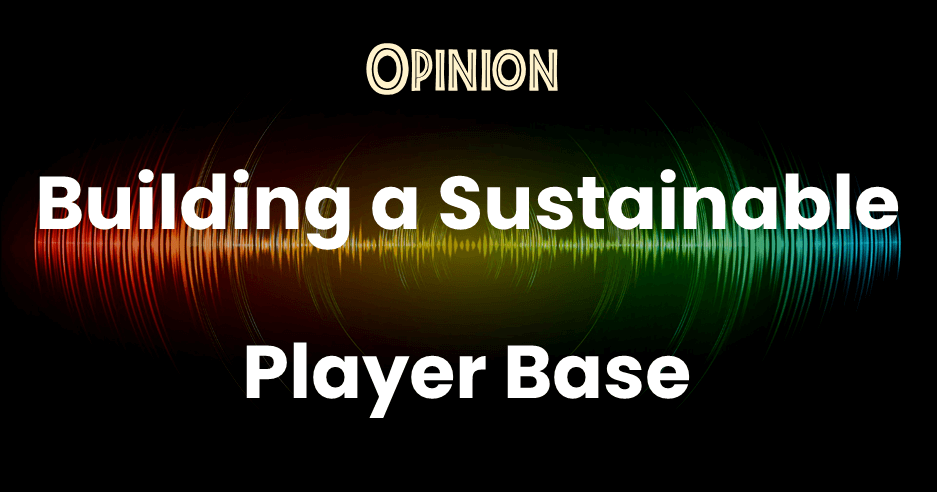 Today is the end of an Alliance Championship and that often means changes in alliances with players retiring, others moving on, and hopefully, new players joining. It seems that every month there are players leaving the game (for a variety of different reasons) and talking with alliance leaders, recruitment is getting more and more difficult. We understand that the GamePress audience is just a fraction of the overall player base but we want to take a deeper dive into the players that make up this game, and what we think needs to be done to keep them. Because at the end of the day, the players are what keeps the game alive so if they keep leaving, the game isn't going to be able to continue to be sustainable.

What does it mean to have a sustainable player base?

I have seen several new players joining the game and our discord and it's great to see their enthusiasm and joy for the game. It is something older players often forget about. While it's great to see new players joining the game, we also need those players to actually stick around. To become a sustainable player. The older players that have been around forever (3+ years in some cases) make up a portion of the player base, but I feel that the new players are key to keeping the game alive. As we lose those older players (and it happens more and more every month) we need to know there are newer up-and-coming players that can keep the game going. They need to be able to feel like they progress enough that they are actually getting somewhere based on the time and resources they put in. So how do you build a sustainable player and a sustainable player base? Let's discuss.

How to build a sustainable player

As I already mentioned, people need to feel like they are progressing at a reasonable rate in the game. Older players have to remember that looks much different from when we first started playing. Alliance championships, strike events, raids, and many other factors allow newer players to progress at a decent rate. I know of players that have been able to reach the Library within 6 months of starting to play. The problem is once they reach a certain arena they get stuck, and when they get stuck they get frustrated and they leave. It's my belief that once a player hits the one-year mark in the game, they are much more willing to stay and become that sustainable player. So let's talk about the factors that help build a sustainable player, and what could change to keep people around.

Alliances were the best things to happen to this game in my opinion. It helps build a community within the community and I know of people that have made true friends through this feature. It is imperative that there continues to be a variety of alliances available to join, especially ones that take on new players and help them grow. Building a community and having a sense of purpose with a team leads to them sticking around longer.

I see both of these terms used a lot. I have to be honest; I absolutely hate the term "Pay to Win" because it doesn't really relate to this game. "Pay to get ahead quicker" might be more accurate but I know plenty of people that spend money and still lose plenty of games. I could write an entire article on this subject but I bring it up for a reason. The paying players are the reason the "free to play" players are able to play the game. But I think they make up a very small percentage of the player base. They are already invested in the game so they aren't the players that need to be built up to be sustainable. I wanted to acknowledge that there are 2 different types of players. While the ones that pay are important, Ludia can’t ignore the “free to play” people as they are what we need to build that “sustainable player base”. I believe there needs to be a balance in what is done with the game to appease both of these types of players but they are both equally important.

As mentioned above, new players have the ability to grow in this game at a rate much higher than before. Especially if they are able to join an alliance that gets decent rewards. It is good to see players be able to progress quickly, but the problem very quickly becomes resources. Players are able to reach Aviary/Library but then they get stuck. And they are stuck there for quite a while because of a lack of boosts and inability to change their team around when a new update comes out. Every arena has a meta and it can be quite drastic as you move up. You have to be able to adjust your team accordingly and it's difficult for many people to do that. Especially the players that don't pay. I believe the boost tokens might be able to help with that. If players can get a token the first time they reach an arena it might help them change their team just enough to be able to compete in the new meta they are thrown into.

While it is important for games to have regular updates, the time between updates has been very short lately. Lately, updates have been coming out every 4-6 weeks and it doesn't even give players a chance to unlock a new creature before another new very powerful one is introduced. I think an update that includes creature changes shouldn't include any new creatures. Give some players a chance to get new creatures to a someone decent level before introducing more new creatures. There should also be updates that focus on Quality of Life improvements as well as bug fixes.

While I understand the need to have some exclusive creatures, the number of them every update is getting to be a bit much. Especially when they make such incredibly strong hybrids. Hunting is at the core of this game, and I believe people really stick around and put forth more effort when they can actively hunt something. When they have to use sanctuaries just to unlock a creature, it gets monotonous and boring. They have nothing to play for. Rotating exclusive creatures in and out or not having so many exclusive creatures in new hybrids would really give the player base something to work towards. When they see a new creature being introduced and they know it's going to take months and months for them to create, they just give up on it and don't feel like it's even worth it.

RNG, good luck, bad luck, call it what you want but this seems to be such a frustrating part of the game at the moment. There need to be some random things that happen, but when it decides a match so often it's just defeating. Team draw, crits, stuns, whether you do or do not escape in battle. All of those things seem to determine an outcome of a match more than player skill. Add fuses on top of that and it dominates so much of the game. I don't believe it should be possible for someone to unintentionally drop up to 400 trophies because of bad matchups. It's demoralizing and doesn't make a player want to continue to play. The class system and resistances are a big part of that and I think they need adjusting. Make the arena fun to play again where outsmarting your opponent and skill can win games. Not just luck of the draw.

Thoughts from the community

I know there are more things that can be done to help build a sustainable player base. Those are just the big ones I feel are causing the most issues. I personally hate seeing players leave this game because they are unhappy and I would love to see new players stick around and enjoy it. I think at the core, building a sustainable player base is key to keeping the game going as long as possible. I know that the GamePress discord and community are just a fraction of what is out there, but I want to know more about y'all. I would love to get an idea of where people are in the arena, how often they play the game, and what kind of changes they would like to see. So we are doing another survey. One that hopefully gives us a snapshot of what the player base is really like. As I have done with previous surveys, the raw data spreadsheet from all of the information collected will be sent directly to Ludia for their use as well.

This survey is completely anonymous. So please be honest, be open, and encourage everyone you know to fill it out. Please click the link below to complete the survey. It's a bit lengthy, but we hope it's worth it to shed some light on issues that you feel are important.

I want to see this game continue to grow and thrive and I think the only way that can happen is if they focus on the players and what they truly need. We are hoping this survey can provide some good information and highlight the issues that so many people are facing. For more discussion about the game or if you have more ideas on how they can keep players engaged, make sure to head to our discord!