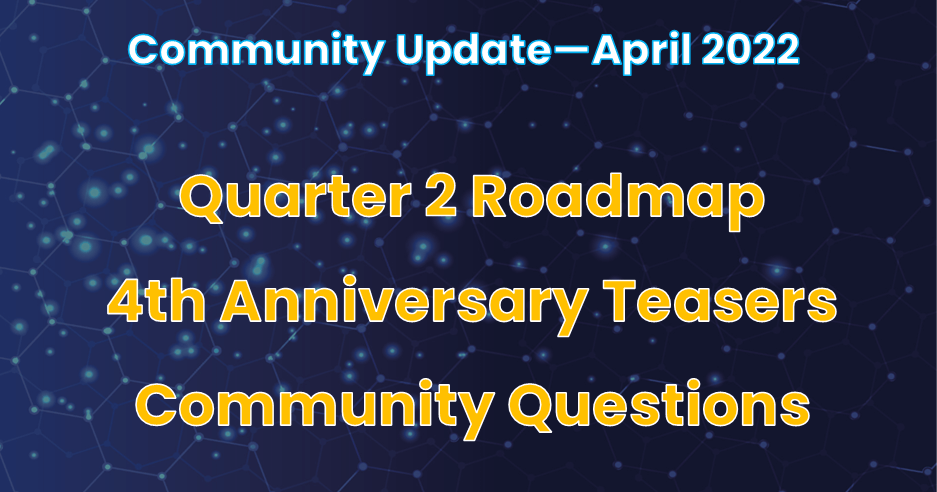 Hello Explorers! We have our 2nd Community Update from Ludia with information on what we can expect in the next couple of updates. They have already teased Update 2.15 and notes for that will be available this coming Friday. Here's what else we have to look forward to.

Community Update on the JWA Forum

While this is always subject to change, this is the raodmap they shared for when we can expect upcoming updates and what they might contain. 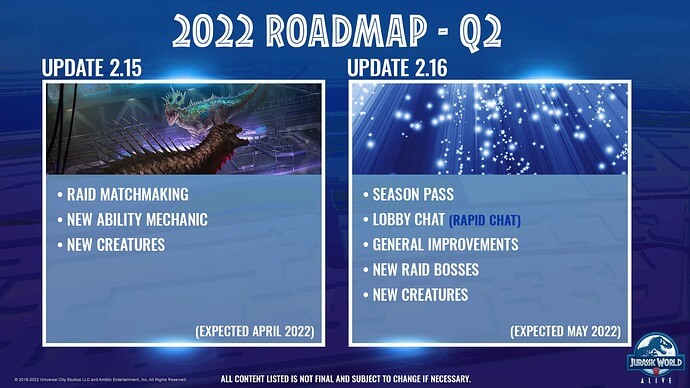 General notes for this Quarter

It looks like Fierce are going to continue to be looked at and we think the new Devour ability is what they are referring to here. We can't wait to see what that looks like. We will also see some old friends hopefully get some deserved buffs. There are a lot of OG Unique creatures that have just fallen out of the meta and we can't wait to see which ones get some love. Finally, it looks like some special events are planned for the game's 4th Anniversary.

For 2.16 it looks like we can expect a new Season Pass of some sort as well as a Lobby Raid chat (which is much needed). Some of this information might have already been teased so make sure to head to the JWA discord and go to the datamine channel to see what might be coming.

This section covers some of the players’ questions, and there are some interesting ones!

We really love Rexy and we are excited to see her in Jurassic World: Dominion. Can we also expect to see her in-game soon?

So far there hasn’t been any news since the Lockwood Manor events.

We've seen this asked several times and we are assuming they are meaning a creature named Rexy that isn't the Tyrannosaurus Rex already in-game. The answer seems a bit vague but it seems like it's not something we'll see in-game anytime soon.

Any plans to add a search toolbar for Creatures in the Collection menu?

We are aware that searching your entire collection can be challenging. Our team is exploring different options to help players find their Creatures in the menu.

We think this would be a fantastic QOL improvement. With the number of creatures being added every update the collections keep getting bigger and bigger. It would be nice to have more options for searching.

Do you plan to increase the Alliance member cap?

At this moment there are no plans to increase the Alliance member cap.

This one is a bit of a bummer but to be expected. 50 people seems to be a good amount for alliances right now and many have teamed up to form larger groups with multiple alliances in the same chat platform.

The Community Update concluded with links to some community content by GamePress and some YouTubers as well.Overall we think this community update looks pretty good. We are excited to see that older creatures are being looked at and that they seem to be taking the lack of Fierce seriously. We can't wait to see what they do for their 4 year anniversary and what the new movie will bring to the game as well. What do you think of the Community Update? Let us know in the comments or in our Discord server!

GP JWA Poll Results: Which creature do you think is the strongest?