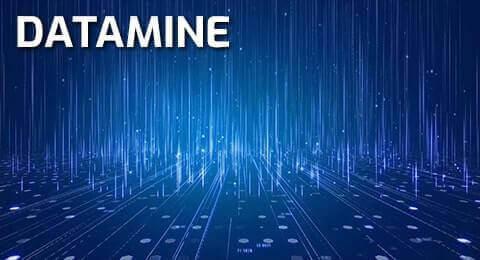 Explorers! With the Official Release Notes dropping on Friday, it was only a matter of time until our dataminers Jimbohi and ColoMtn found the Release Notes in advance! Big spoilers ahead for anyone who doesn't want to be surprised on the Release Notes, as they feature a lot of new stuff and reworks of old creatures and other aspects of JWA! Read on to find out what's coming in 2.16!

Our Teaser Article revealed that we would have four Creature Updates, and the Release Notes have revealed which creatures are getting reworked! Refrenantem, Thoradolosaur, Entelolania and Indoraptor are all recipients of the changes, and some changes have even been noted in the text. Not all of them unfortunately, so there's still a bit of guessing room!

To add more depth to Thoradolosaur’s gameplay, we are adding a Cleansing effect to its Impact and adjusting its resistances.

Entelolania is currently performing poorly relative to other creatures in its Class and rarity. To up its chances, we are increasing its Stun resistance.

This classic Unique creature needed an update to catch up to more recently released creatures! We’re changing around some of its abilities to make the Indoraptor more current to the meta.

Thoradolosaur is getting a Cleansing effect to its Impact, which is a Group Shattering Impact and its Resistances are getting adjusted. Does this mean it'll gain more Resistances, or are the old ones getting tweaked? Indoraptor is completely unknown, but it looks like they are going to buff it to make it catch up more to the rest of the Uniques. Entelolania gets a very much desired Stun Resistance, while Refrenantem on the other hand is getting a change to Super Distraction, a move that honestly needed to be changed, as it was way too strong. Overall, good changes for all creatures involved, and we're excited to see how these changes will change the meta around!

A while ago, we datamined something called the "Jurassic Pass". It seems that this new function is coming to JWA this update, and it brings a special, much requested feature with it: Creature Skins! This is what we found on the Pass and the Creature Skins:

The Pass is a new way to earn exclusive rewards and accelerate your progress in Jurassic World Alive!
These rewards include valuable items such as DNA, Scents, and even exclusive Skins for your creatures!

Each Pass will last roughly 30 days. All players above Level 3 can participate in the Pass by tapping the Pass button underneath the DPG icon on the Map.

Players progress in the Pass by collecting Pass Data. Pass Data is earned as rewards on Daily Missions, and new Weekly, Monthly and Special missions in your Missions menu!

Complete as many missions as you can while the Pass is active to level up your Pass progress bar. Each time you level up, you can collect a new reward! Reach the final Pass level before the Pass ends to collect all the rewards!

The higher you reach in the Pass, the better your rewards. There are many ways to increase your Pass level alongside earning Pass Data. You can fast track your Pass progression with Cash Unlocks, and Players who want access to even more rewards can purchase the Premium or Grand Premium tracks in the Pass menu for a bonus mission track and huge prizes!

The Tyrants Pass is an exceptionally high value pass compared to normal balancing! The JWA team has made this first Pass extra special to give players a great introduction to this feature and in celebration of the release of Jurassic World: Dominion. Based on the impact of the Tyrants Pass, the overall reward values of future Passes may change.

Creature Skins have arrived! Use Skins to modify the visuals of your favorite creatures, and show off the new look in Battle!

Skins are unlockable collectibles that can be earned via Pass participation. Each Skin you earn is exclusive to a single creature. You can view your Skins in the new Skins tab of your Collection, and equip it with the new Skins icon in the Lab! Once a Skin is owned it does not expire, and you can toggle them on and off as much as you like!
Let the makeovers begin!

It seems like the Jurassic Pass is a new feature in the game that will allow you to get more Rewards the more you play! By collecting data, you can unlock new levels on your Pass, and each level up yields a special reward, including a new Thoradolosaur Skin! We have found evidence of FOUR total skins being added to JWA at this point, but only Thoradolosaur has been revealed. When we know more, we will update you on how to get them! Other rewards include DNA and Scents, so we are excited to see this feature being introduced in JWA! More chances to earn DNA is always welcome, and this should be a good incentive for players to play each day!

You read that right in the last part about Weekly and Monthly Missions, as JWA is giving the Mission System an overhaul! The current Daily Mission system as we know it will be changed into a completely new system, and here is everything we found on it:

A whole new Mission system has come to Jurassic World Alive! Head to the new Mission icon, the Target underneath the DPG button in the top right corner of your screen, and find new Daily, Weekly, Monthly, and occasional time-limited Special Missions!

These new Missions are designed to address your short, mid and long-term goals as a player. Alongside more Mission types, we’ve added a whole new variety of mission goals to make sure you grow as a player and explore everything Jurassic World Alive has to offer!

Other awesome features like a Streak system for the Daily Bonus Reward, a Collect All button, and a reroll function for Missions you want to replace come with this system!

The Missions and Pass now go hand in hand, providing you with Pass Data whenever you complete a mission. This gives you more rewards in the Pass, so completing all missions each day now is even more rewarding than 100 Epic DNA!

We got introduced to Auto-Fill Lobbies not too long ago, but we always missed a means to communicate with the players we randomly were raiding with. Say no more! As Ludia is now giving us Raid Lobby Chats. Here's everything we found on it:

Want to participate in Raids but don’t know what kind of creature to bring? Need to organize your Raid team’s strategy to maximize your chances of bringing down a difficult Boss? Raid Lobby Chat is here to help!

Access the Raid Lobby Chat via the new Chat button in the Lobby screen.

This will open a special menu of pre-made texts that you can use to communicate with teammates on the kinds of creatures you need to win this battle, organized by Class. Tap the button for a Class, ‘More’ or ‘Emotes’ to choose a message associated with this topic!

You can also ‘@’ players to further direct your messages, or send Emotes to quickly let them know how you feel!
Happy Raiding!

This is a very welcome addition to the game, as Auto-fill Lobbies were fun, but could be tedious at times when a player refuses to change to the right creature for a strategy, or has one that is extremely weak against a raid boss (We all know the one person who brings a Raptor to a Brachiosaurus Raid). This should help everyone have a better time Raiding!

There are a number of other things that we found that aren't truly a feature or change of any kind, so we listed them all here.

APEX THEROPODS SCENT: This Scent is synthesized to draw large theropods like Rexy towards you! It guarantees at least 1 encounter with Rexy. Grab this limited time offer while it lasts!

REXY DESCRIPTION: After the closure of Jurassic Park, Rexy reigned supreme over Isla Nublar. Captured and used as an attraction in Jurassic World, this powerful predator escaped again to tangle for dominance with the Indominus rex!

ANNIVERSARY SCENT: This exclusive Anniversary Scent draws in creatures released over the last year! It guarantees at least 1 Rare encounter. Grab this limited time offer while it lasts!

STRIKE EVENT DESCRIPTION: A Cunning flock of Lystrosaurus stand between you and this Strike Event reward! Use precise creatures to counter their evasion. Remember, high damage attacks will be no use against Alert abilities: use group attacks instead!

We have also found some new moves that are coming the next update, but considering they are quite large with the texts, we decided to post them in our Discord Server Datamine Update pages. Be sure to join our Discord Server if you haven't already, we post Datamine Updates each week if we find anything! It's also the best way to reach out to us, as us writers are also in there, ready for discussion!

And that's all for this datamine! It seems like Update 2.16 is going to be one of the biggest updates we've had in a while, which is fitting considering the release of Dominion not too long after this Update! What are your favourite parts of this datamine? Let us know in the comments or in our Discord server! We hope to see you in there discussing this datamine with us!